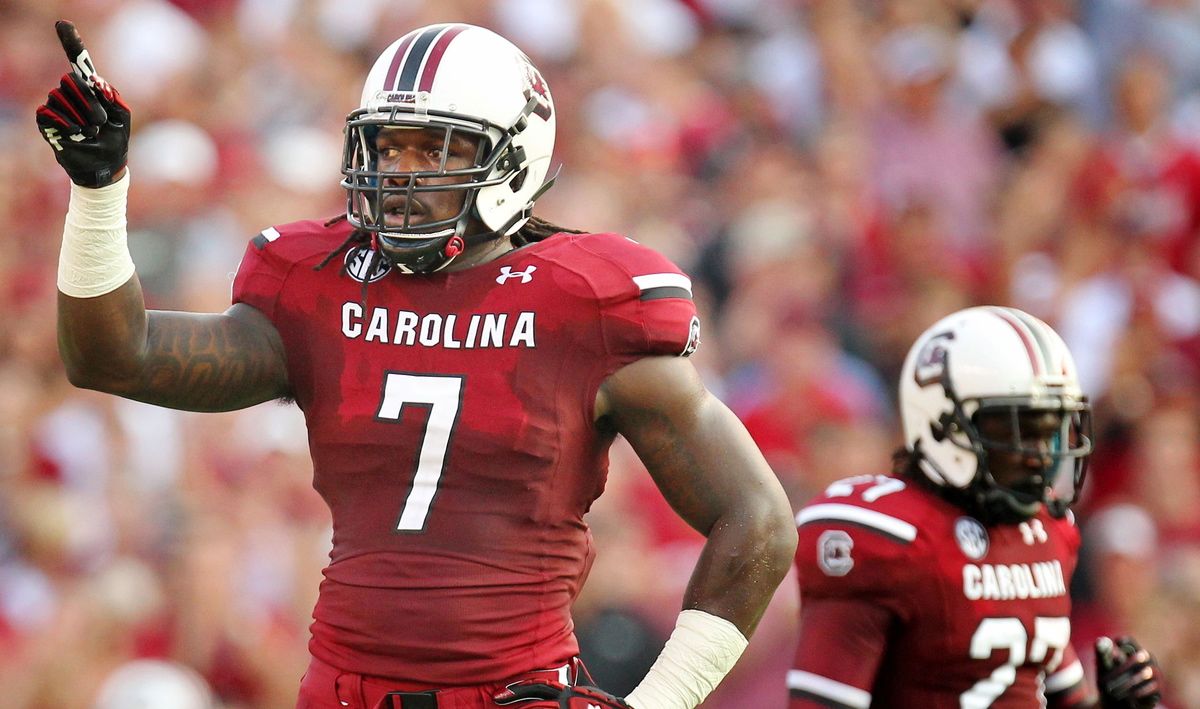 Despite his assertions to the contrary on social media, former University of South Carolina All-American defensive end Jadeveon Clowney is NOT the proud owner of a new $300,000 Bentley.

Clowney confirmed he was “just cutting up” when he posted a picture of a new Bentley Mulsanne on his Instagram page – referring to the car as “my new baby.”

Although the image was quickly removed, Clowney’s post went viral.

“He’ll probably have a car like that one day – perhaps one day very soon – but that day is not today,” Clowney’s attorney Pete Strom told FITS.

“Jadeveon was just having fun,” Strom added. “The car belongs to a friend of his – a fellow athlete he is training with – and he thought it would be fun to post the picture. When he realized it might cause confusion he took the post down.”

As we noted, this isn’t the first time Clowney – who is projected to be a top five pick in the 2014 NFL draft – has made automotive headlines.  Last month he was busted not once but twice traveling at excessive speeds on South Carolina interstates.  Clowney has requested a jury trial in at least one of these cases, and is being represented by Strom – the Palmetto State’s top lawyer.