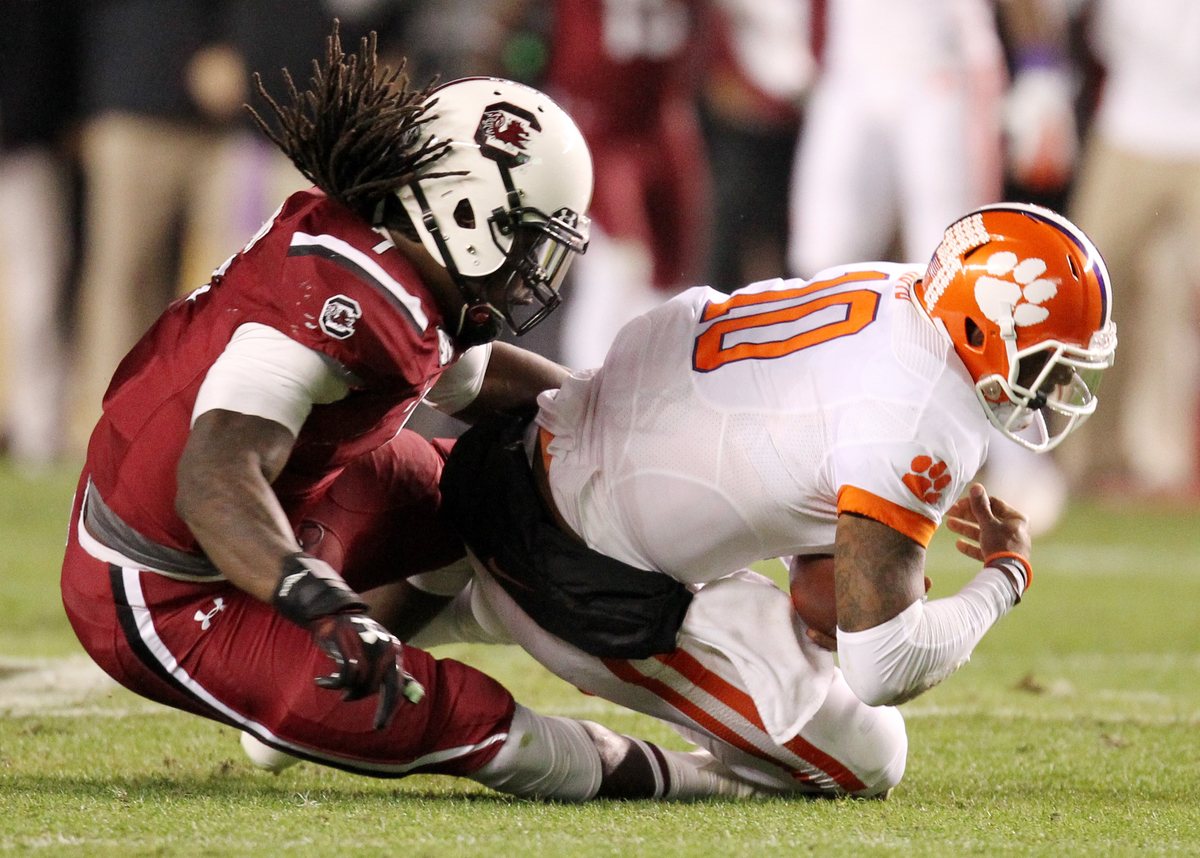 For the second time in less than a month University of South Carolina All-American defensive end Jadeveon Clowney has been ticketed for speeding … and once again the future NFL draft pick was traveling well above posted limits at the time he was pulled over.

Earlier this month Clowney was clocked on a rural stretch of Interstate 77 traveling at 110 miles per hour in a 70 miles per hour zone. That’s fifteen miles per hour faster than the “above limit discretionary window” used by Palmetto State police to arrest individuals for reckless driving.

Clowney was issued a $355 citation following that traffic stop – but was permitted to continue on his way.

This week Clowney was clocked on Interstate 26 traveling at 84 miles per hour in a 55 miles per hour zone – again in the range that could have landed him in the slammer. Again, though, Clowney was permitted to continue on his way.

Both speeding tickets are worth six points, meaning Clowney is in danger of having his South Carolina driver’s license suspended.

After his first speeding ticket, NFL experts opined Clowney’s lead foot wouldn’t adversely impact his standing in next year’s draft. We didn’t necessarily disagree with that assessment, although we noted Clowney’s first speeding stop “(wasn’t) your garden variety lead foot – 40 miles per hour over the speed limit is straight up reckless driving, and Clowney should have been cuffed and stuffed for endangering his fellow drivers.”

Clowney is also recklessly endangering himself by traveling at such speeds – not to mention his future earning potential as an early first round NFL draft pick.

South Carolina head coach Steve Spurrier joked this week that his superstar – who will play his last collegiate game in next week’s Capital One Bowl – would soon be able to pay for his traffic tickets. That’s true. He’ll also be able to pay for a driver, which is something we’d recommend.

“It’s The Most Wonderful Time … Of The Year”