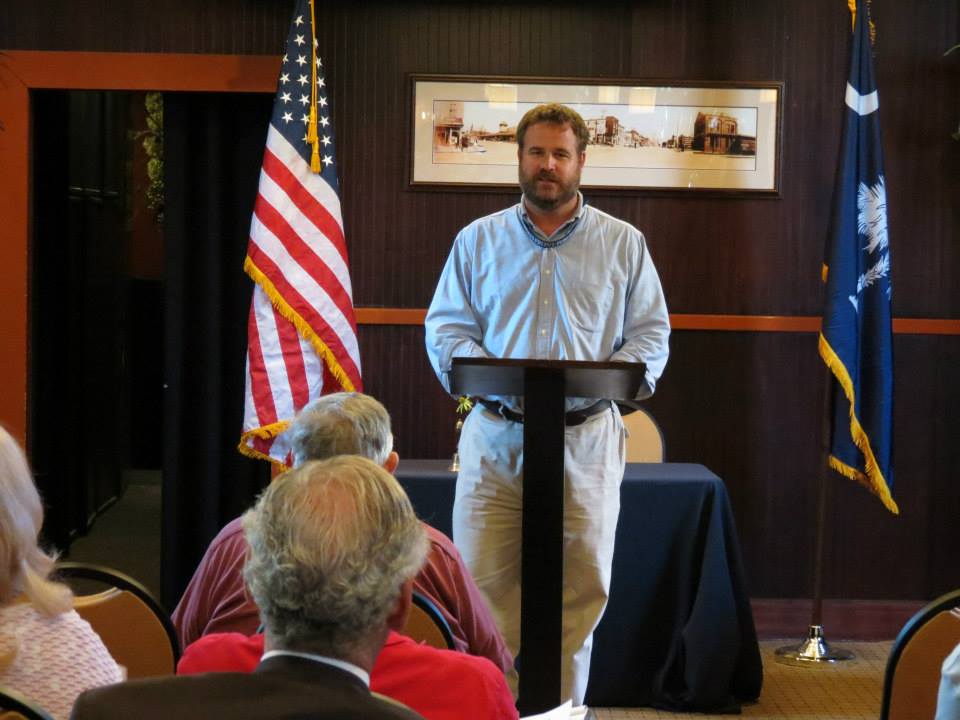 S.C. Rep. Kirkman Finlay (R-Richland) rubs some people the wrong way with his gruff, no-nonsense demeanor – but we’ve always preferred that sort of personality from a politician.

Anyway, Finlay – a former city of Columbia, S.C. councilman – has been a solid pro-free market vote during his first year in the S.C. General Assembly, as well as a real leader when it was time to do some actual heavy lifting on ethics reform and government transparency.

So we’re always glad to show him some love … and encourage others to do the same.

This month, Finlay is hosting a community forum that he’s opened not only to his constituents in S.C. House District 75 – but all “concerned citizens of South Carolina.”  Good.  Finlay has had his eye on statewide issues ever since he took his seat, so it’s not surprising he’s opening his town hall meeting to anyone with thoughts to share.

“I want to hear your ideas and thoughts about how we can improve our community and state,” Finlay wrote in a Facebook invitation, noting that ethics reform, public safety, education, taxes and spending were likely to rank among the most hotly debated issues at the S.C. State House this year.

Finlay’s community forum will be held on Tuesday, January 21 from 5:30 to 7:30 p.m. at Doc’s Barbecue (one of our founding editor’s favorites) – which is located at 1601 Shop Road in Columbia.

Check it out … and check out Finlay while you’re at it.  We think you’ll be as impressed as we have been.

The S.C. State House is literally brimming with intellectually incurious bromides – anti-free market fiscal liberals who run this state into the ground at the behest of taxpayer-subsidized special interests.  Finlay proved in 2013 that he’s a different sort of animal – and our hope is 2014 will be a breakout year for him in terms of challenging this state’s failed status quo with substantive policy.

I voted against him. But after watching him for a while, I plan to vote for him in the next elections. He has done a good job

How does one reconcile his love of free markets with the farm subsidies he receives?

Finlay is like most lovers of he free mrket.They know how to spout off the idealistic nonsense,but when it comes to them personally?Why they take that big bad federal money and run all the way to the bank!

Just when this blog starts getting boring…That is one fine man.

How about the new one from Iowa, or Nebraska, with family values. LOL. Sucking the same Tit Nikki does?

Old Bishop Findlay was a gruff old so-and-so, too, and he ran one of thecleanest

Somebody buy poor Kirkman an iron, he apparently had a wrinkle bomb go off in his closet.

Ain’t my boy, don’t live in the city or District 75. Finlay was probably one of the better city councilman in recent history but that isn’t saying a whole lot.

He always seems to be looking for that next step to me. Ran for council to run for the state house to run for Congress to run for… There’s also just a little to much “fortunate son” in him for my liking.

I do like his barbque though – if we have a state wide elective position for that he’d be my man.

One of the few good politicians around. Great guy. We need more like him.

What is his plan to get rid of Nikki Haley?

Yor comment did make sense. I like the few part. He’s not one of them, sip more tea.

pompous ass. when he was on council. i emailed him, called him and wrote him a letter on a issue in my neighborhood. never heard back. Isaac Devine got one email from me and theissue was solved in 3 days. i talked with him at a ‘constiutent meeting’ once. actually, i listened to HIM talk. pompous, do nothing ass.

You smelled that Tea money! Well, SC is run by outside people. They make sure we don’t matter. We should be the last state to promote a canidate, not one of the first. Make any sense?