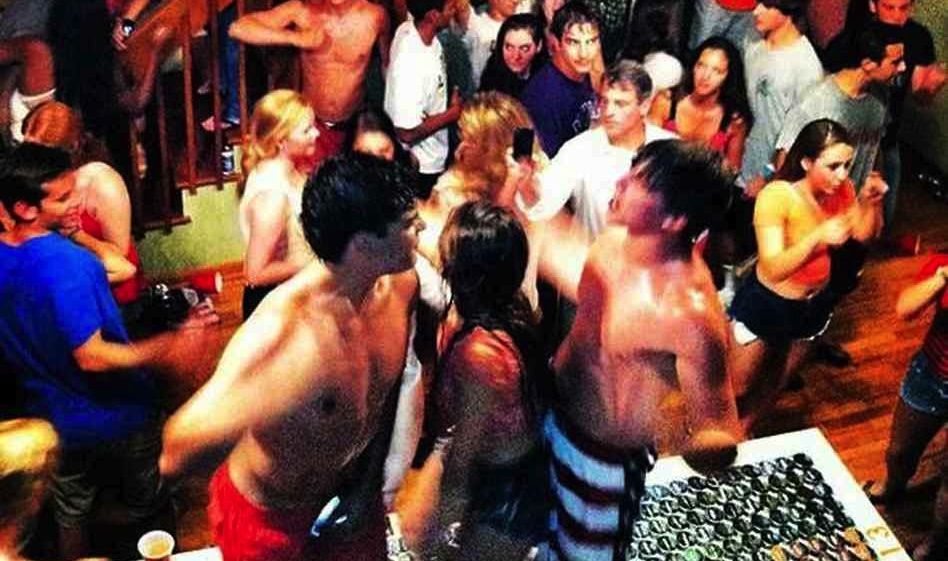 Doug Gansler is Maryland’s attorney general. He wants to be his state’s governor. He’s a Democrat, although as we’ve pointed out ad nauseam lately there’s precious little difference between the two major parties these days.

Gansler – who has aggressively targeted underage drinking in his home state – attended a raucous teen drinking party in Delaware. In fact one reveler at the event snapped a picture of Gansler (who appeared to be snapping a picture of other revelers).

Initially Gansler claimed he was unaware there was alcohol at the party. He said he went briefly to talk to his 19-year-old son – a DJ at the event.

“Perhaps I should have assumed there was drinking going on, and I got that wrong,” Gansler said after the fact.

So what about the picture?

“My guess is what I’m doing is reading a text,” Gansler said.

Really? Are you farsighted or something, Mr. Attorney General? Because it sure looks to us like you were snapping a photo …

Here’s the thing. Barring a compelling infringement on someone else’s liberty, underage drinking at a private residence should never be criminalized – by any law enforcement entity (or prosecutor). And Gansler is correct, it would have been inappropriate for him to throw his weight around in another state.

But he made two key mistakes …

First, he kowtowed to the politically correct establishment by staking out an aggressive anti-underage drinking position as Maryland’s AG. Second, he obfuscated (painfully, we might add) in attempting to dig his way out of the hole his hypocritical action created.

Seriously … you can’t lead an anti-teen drinking campaign on the one hand and snap pics of drunk teenage hotties with the other.

News flash, everybody: College kids drink. And party. Hell, the administration of Barack Obama is selling insurance to them by glorifying keg stands for crying out loud … (or at least trying to).

But Gansler couldn’t take that route in responding to his scandal … because he’d already chosen to fight for the other side.

The result? An epic political implosion …

US Senator Demands Answers From Experian