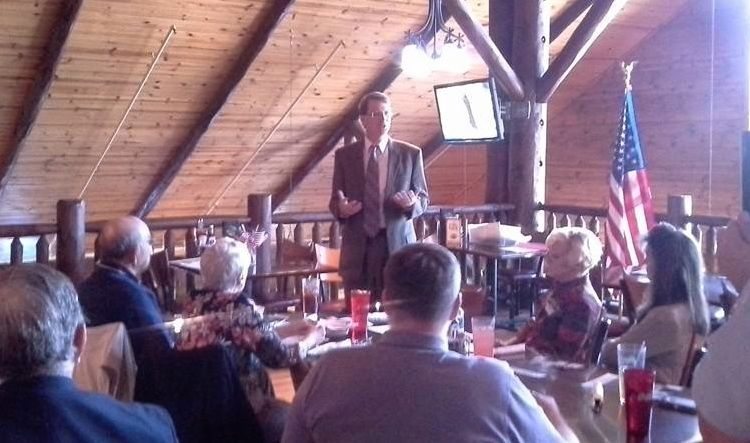 Of course he does … he’s just pointing out (correctly) how in a perfect world Graham would be struck by lightning for making such a hypocritical suggestion.

“For Senator Graham to now call for a bipartisan effort to have a one year ‘timeout’ is not only redundant but hypocritical,” Cash wrote on his Facebook page. “Senator Graham did not support the efforts of House Republicans over the past six weeks, and his criticism of Senate conservatives and organizations such as the Heritage Foundation undercut the entire effort to defund or delay Obamacare.”

Hmmmm … we’d take issue with Cash’s portrayal of the Heritage Foundation (the “conservative” think tank sold out during the so-called “government shutdown” too), but in every other respect his quote is accurate.

Graham calling for a one-year “time out” for Obamacare (after he voted to fund it) is hypocritical. In fact it’s every bit as hypocritical as Graham all of a sudden caring about the national debt after he gave Obama a four-month blank check to raise it to his heart’s content.

Cash – who was narrowly defeated by U.S. Rep. Jeff Duncan in the 2010 race for South Carolina’s third congressional district -is one of three announced candidates taking on Graham. The others are Lowcountry businesswoman Nancy Mace and S.C. Sen. Lee Bright (R-Spartanburg).