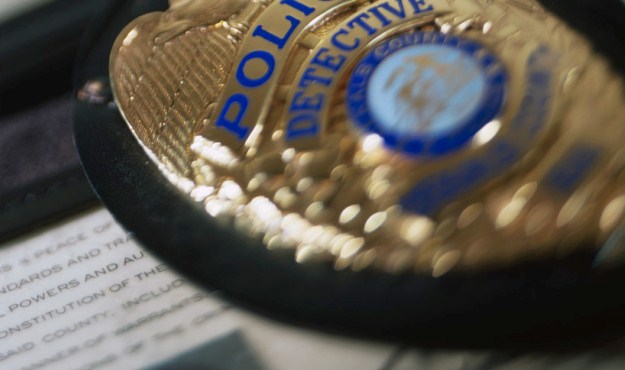 Reynolds Williams – the leader of this ethically challenged, underperforming state pension fund – has been accused of numerous conflicts of interest in which he personally profited from decisions made by the commission.

Unfortunately, it appears as though he’s getting a hall pass …

“Based upon my review of (SLED’s) report and its attachments, this Office is declining to proceed with respect to the issues contained in the report,” deputy attorney general Allen Myrick wrote to the law enforcement agency earlier this month.

FITS is endeavoring to obtain a copy of the SLED report on Williams – one of many incriminating documents the agency has done its best to keep under wraps.

Sources close to the Attorney General’s office tell FITS that the SLED report contains many items that will “make your stomach turn” and “make you angry” – but that it contained no proof that Williams engaged in any illegal activity.

“We have to make the decision based on what we can prove in court,” our source said. “There was clearly wrongdoing, clearly unethical conduct … but we have to have a crime we can prove to prosecute.”

The source added that the state’s pension fund was “one of the worst-managed state agencies we’ve ever seen.”

Really? Wonder what gave that away …

Maybe it was the fact this fund – which recently doled out $1.4 million in bonuses to its top executives – consistently ranks in the bottom 25 percent of large public pension funds (despite paying the highest fees in the nation).

But hey … let’s permit them continue to operating in secret with $25 billion of public money.

We’re disappointed in Wilson’s office for not moving this case forward, but we’re especially disappointed in SLED – which continues to go out of its way to accommodate the lawlessness of South Carolina’s corrupt elected officials, political appointees and bureaucrats.

Crap like this is why nothing ever changes in South Carolina …

Dabo Swinney Is In Denial

What about the $3 million dollar bonus Curtis Loftis gave his frat brother Mike Montgomery for doing nothing? SLED, hello?

SLED exists to white wash things for the powerful and occasionally prosecute someone in government that has no clout. I wouldn’t expect too much of them beyond that. Most in government are corrupt in some way, shape or form. The sooner everyone recognizes that fact, the better.

What a crock of shit. Those atty’s put in thousands of hours of work and rick a fortune in expenses and cost. SC reached a settlement so they got paid. Reynolds Williams is mad because he does not like anyone else making money but him!

Only the Attorney General can hire lawyers in this state.
Lawyers receive fees, not bonuses.
Been like that for as long as we have had lawyers in SC.

“no proof that Williams engaged in any illegal activity” “we have to have a crime we can prove to prosecute” Gee, you mean he can’t be prosecuted based on Sic Willie saying he is corrupt? What kind of justice system is that?

the kind of justice we have in SC. AG’s for years, don’t prosecute white collar crime unless there is a 100% chance of conviction. They are worried about win loss records not justice.
Don’t get me started on our AGs. I have been dealing with that bunch of pols for 20 years and boy do I have some stories.

Dumbasses, there are elements that have to be met to constitute a specific crime and charge. Unethical behavior is not a crime but should at least result in the removal from that office.

Ethics Commission has not yet made its decision. We can hope they stand up for the retiree’s trust fund but this is SC and we can expect the worst.

In SC it is crime and no punishment.

Alan knows that it would be a waste of State monies to prosecute someone who cannot be convicted. That’s not corruption – that’s realism. Not firing the Pension Fund managers and overseers would be a dereliction of duty, punishable by not re-electing the people responsible, but the only crime is an ethical one, not a legal one. Those who say that this person should be punished for this or that have either never had to prosecute a crime or currently do so poorly.

How long is it going to take people to figure out that “the man with the money makes the rules”? Shit! it’s not rocket science!
Get your ass back to work. They need your tax money!

As Mr. Loftis says, he culture of corruption and cronyism is alive and well. Reynolds Williams is slimey.

Failed vendetta? Seems that more commissioners need to be elected and not appointed for this particular purpose. There is no accountability to the citizens of S.C. by these commissioners. Until State Treasurer Loftis started this investigation, who knew Mr. Williams’ firm was reaping benefits from these investments. Loftis represents the voters. The commission seems to represent Wall Street.

Even though you post a lot of good stuff on Fitsnews, when it comes to Curtis Loftis and the pension fund you seem to be wearing blinders. From what I can tell, Loftis is making stuff up and maligning people unfairly. You should not be an accomplice to that kind of unethical behavior.

I have seen the charts and graphs that show all this to be true. You can go to his speeches and he has them with him. They are compelling.
The point of the investment Commission is to make money and they seem confused; they pay fees and high salaries.
We are digging a hole that our grand kids can’t get out of. This must stop and I hope Mr. Loftis continues his work.

SCONSET, From what you can tell such and such is happening? Did you do any research? Did you not see that Mr. Williams law firm was paid $150,000 for legal services for negotiating an investemt through the South Carolina Investment Commission? I am loath to understand people like you who are devoid of fact then suggest other folks “make stuff up”. The made up stuff here is your post! Who are you shilling for?

Hey Curtis – Is Norm-Nav the name you use when you post anonymously?

Sconset, I’m the guy on the left of my profile photo, My name is Bob Carrison. Your turn!

This is abuse of someone else’s money, meaning citizens of South Carolina, being treated like its Reynolds own money to waste. Unethical conduct proves that those commissioners need to be elected not appointed. Thankful for Loftis keeping his campaign promises and not afraid to go up against Wall Street and under the table deals. Funny how things got sticky once Loftis hit a nerve and exposed Reynolds kick backs on the investments. Can’t make this stuff up!

do you honestly believe the general population would reasonably elect commissioners based on their knowledge of high finance/investments. This to me seems like the worst possible idea.

Hmmm…I recall that it was the AG that actually hired the “frat brother” for that law suit.

I’m no attorney,(Nor do I wish to be mistaken for one) but it occurs to me that publically elected officials can be held to certain standards, Mr Williams, clearly does not meet these standards, were he elected we could, in all liklihood, get him releived from office for malfeasence. The People who nominate people of this moral character to offices of responsibility shoud be held to account, so how about it elected officials under the dome? Do your job, spare us from this kind of abuse. I can’t imagine what it must feel like to be in our Treasurer’s shoes, he’s paddling up stream, good on him for the effort.

Senator Leatherman, the biggest crook in this state, is the patron of Reynolds Williams.

Curtis Loftis made a strategic mistake when he trusted Alan Wilson with this issue. Mr. Wilson’s mom is from Florence and Florence gives a lot of money to Mr. Wilson. Also, if anyone is going to indict government officials it will be the Feds. SC politicians just will not do that.

Fits, I rarely disagree or call you guys on stuff, mostly because you are usually right, but weren’t you waxing a bit chummy with Alan Wilson and speaking well of his bid for a second term, recently? Is this a sign that you now see through him and see what a corrupt cad he is? I really hope so.

I hope Wilson has a viable challenger in the primaries or in the general election. He needs to go.

Many students at USC school of law are very likely saying it is totally corrupt at well. They see just how criminals protect criminals.

Fits needs to lead a protest march in front of the State House during a USC home game.

Only true arrogance would allow the target of criminal investigation, the person whose firm made well over one hundred and fifty thousand dollars off a fund he was supposed to protect, to give his account of the investigation and expect anyone to believe it. We have no idea who did or said what in the investigation but what we do know is that the grand jury was not used and neither the AG or SLED has power to compel testimony or issue subpoenas.

Without the use of subpoenas or sworn testimony there is little or no chance of perjury or penalty for withholding facts and documents or giving untrue statements, hence, the investigation had little chance of being successful.

But, just for the record, Mr Williams, were you placed under oath?

Wow. It sure pays to advertise on FITS NEWS. Curtis Loftis equals Home Pest equals anyone politically opposing him is “corrupt” especially when law enforcement and the courts disagree with South Carolina’s imbalanced treasurer! Are you tired to fellating Sen. Tom Davis?