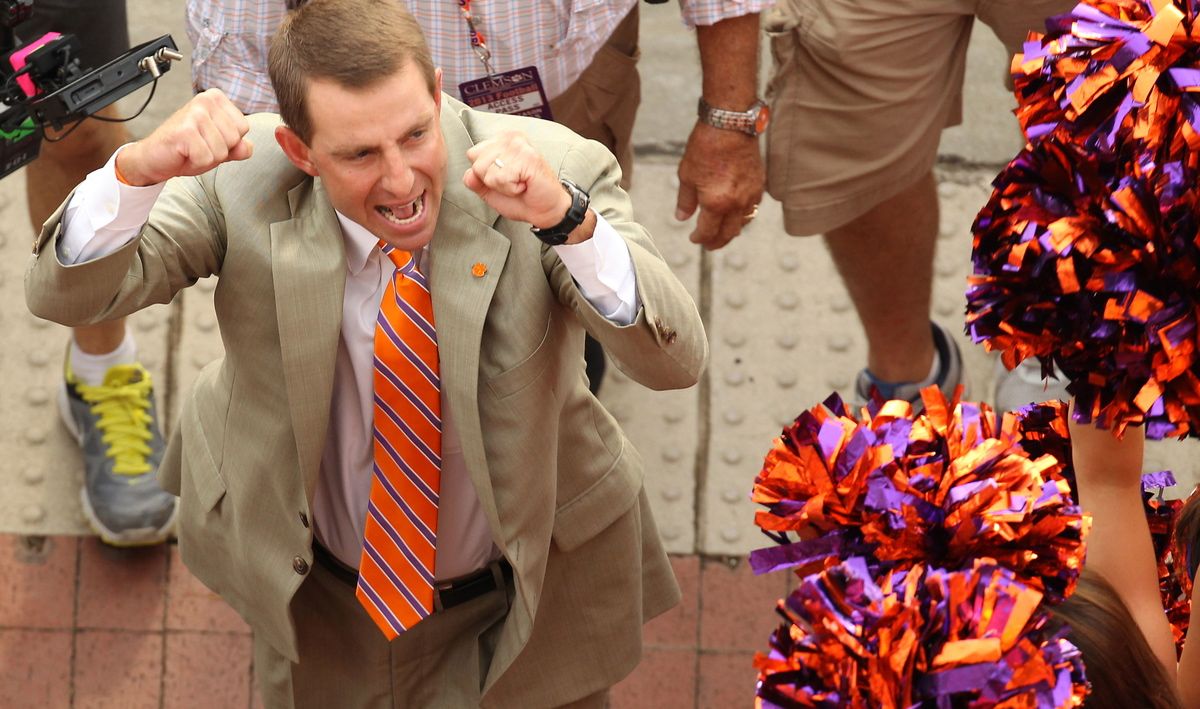 Clemson University head football coach Dabo Swinney doesn’t run the Tigers’ offense. Nor does he run the Tigers’ defense. He’s sort of a “head cheerleader” when you think about it … which explains his comments in the wake of the 51-14 thrashing Clemson received from Florida State last weekend.

He added Florida State was just “a bit ahead” of Clemson.

Florida State set a record for points scored against the Tigers in Death Valley. The Seminoles amassed 565 yards of total offense. They converted 75 percent of their third downs. They possessed the ball for 35 minutes. And they did all of that with a freshman quarterback … who was playing in his first road game against a ranked opponent.

Meanwhile Clemson’s vaunted offense was held to just 326 yards (145 of which were accumulated in mop-up duty late in the game) – and quarterback Tajh Boyd was held to under 200 passing yards for only the fifth time in his career as a starter.

Seriously … in what universe does Swinney think his Tigers are FSU’s equal? Has he been hanging around Nebraska head coach Bo Pelini?

We get that Swinney (like a good cheerleader) wants to keep his players upbeat after a demoralizing loss. But there’s way to do that without sounding like a complete and total moron.

Dylan Thompson To Start Against Missouri