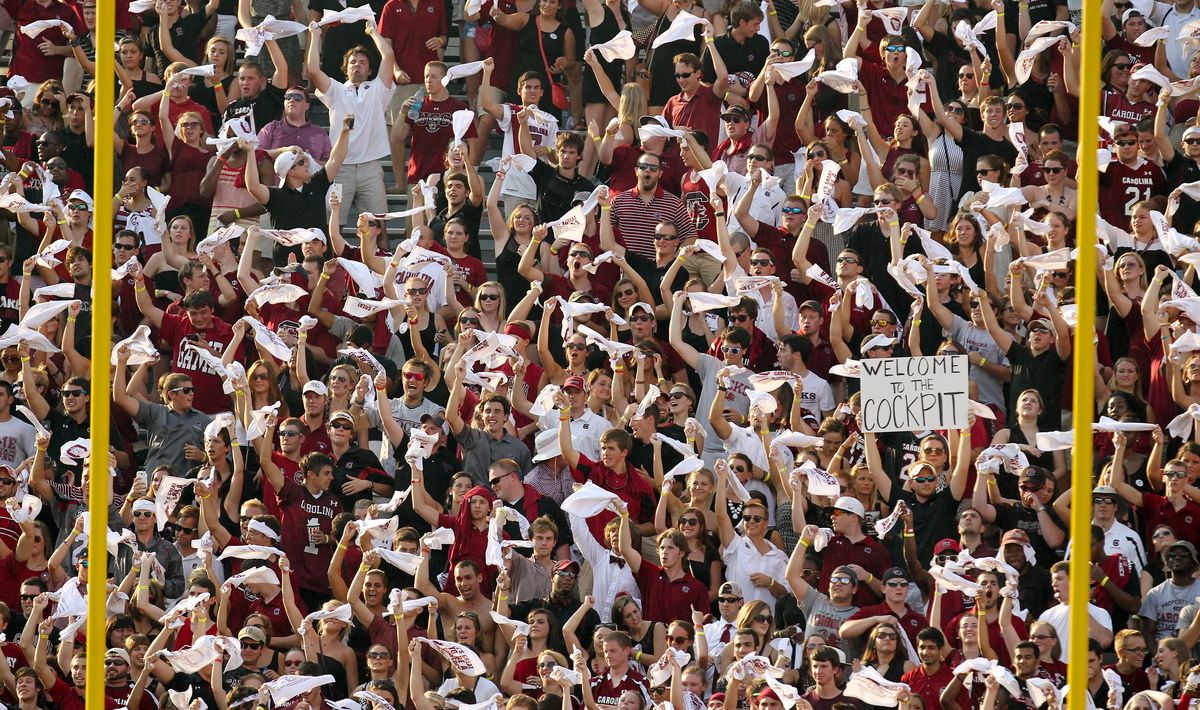 The University of South Carolina football team has the third-longest home winning streak in the nation – but it sure as hell isn’t thanks to the Gamecocks’ student section. When head coach Steve Spurrier’s team needed its most vocal contingent in the fourth quarter of Saturday’s victory over SEC East rival Vanderbilt, the student section did not come through.

Why not? Hundreds of them had already left … leaving huge patches of empty bleachers in the north stands as South Carolina held on for a 35-25 win over Vanderbilt.

This isn’t the first time South Carolina’s student section has led a mass exodus from Williams-Brice Stadium prior to the start of the third quarter. It happened last year in the Gamecocks’ home opener against East Carolina – in which the Gamecocks took a 21-0 lead into the locker room.

“I hope we’re not reverting back to the days when football wasn’t very important around here and the pre-game party and the post-game party was more important than the game itself,” he said at the time. “I’m hoping the Gamecock fans will treat the game as the most important part of their Saturday football day.”

Based on the talent level Spurrier has assembled – and the on-field success those players have achieved – he’s not asking too much.

University of South Carolina seniors have witnessed an era of unparalleled achievement on the gridiron. The Gamecocks have won thirty-three games dating back to 2010 – including thirteen in a row at home. They’ve won an SEC East title, finished in the Top Ten in back-to-back seasons and won a pair of big-time bowl games.

This year’s squad features a prolific offense as well the nation’s best defensive player in Jadeveon Clowney – who could make the “play of the year” on any down. But these exploits might as well be “trees falling in the woods” to some Gamecocks students … particularly if they occur in the second half of play.

One former USC student told FITS she was “irritated beyond belief” at the poor second half attendance in the student section during the Vanderbilt game. She added the players take note of the empty seats – which reflects in their on-field performance.

“It definitely turns the players wayyyy down when they can’t hear us,” she said.

And it’s about doing it in the fourth quarter … when the game is on the line.

Instead, here’s what the student section at Williams-Brice looked like in the fourth quarter against Vanderbilt … 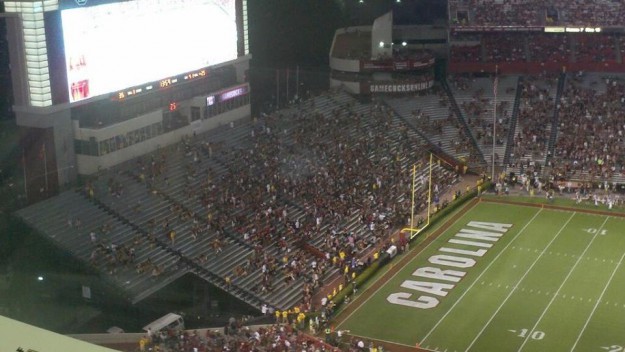 South Carolina is the No. 12 team in America. Its home stadium is in the Top 20 in terms of size. Hell, crowds at Williams-Brice used to be so raucous the upper deck of the east stands would sway – and that was back when winning seven games a year was considered an accomplishment.

In defense of USC’s student section, the Gamecocks haven’t been one of America’s top football programs for very long. So a lot of them don’t know how this is supposed to work (the way it works in the real Death Valley, for example).

However if the Gamecocks want to stay among college football’s elite, its students had better figure it out.

Gamecocks Inch Up In Polls