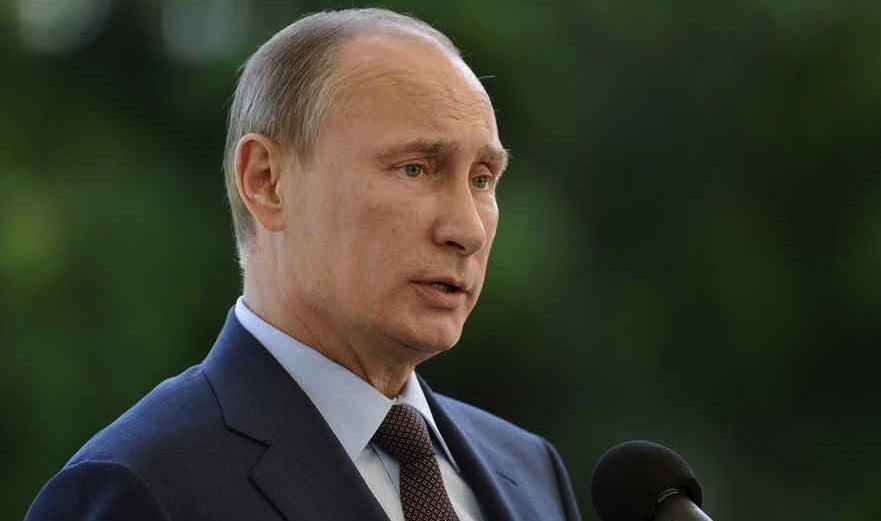 Has it come to this? Seriously?

The president of Russia took to the pages of The New York Times this week to lecture the government of the United States of America on the spectacular failure of its interventionist foreign policy. And guess what … he’s absolutely right.

“It is alarming that military intervention in internal conflicts in foreign countries has become commonplace for the United States,” Russian President Vladimir Putin wrote. “Is it in America’s long-term interest? I doubt it. Millions around the world increasingly see America not as a model of democracy but as relying solely on brute force, cobbling coalitions together under the slogan ‘you’re either with us or against us.'”

“But force has proved ineffective and pointless,” Putin continued. “Afghanistan is reeling, and no one can say what will happen after international forces withdraw. Libya is divided into tribes and clans. In Iraq the civil war continues, with dozens killed each day.”

He’s right. America’s “War on Terror” has been a disaster costing thousands of lives and trillions of dollars – yet it continues absent a compelling national interest (or an exit strategy).

In specifically referencing the contemplated American military action against Syria, Putin once again hit the nail on the head.

“The potential strike by the United States against Syria, despite strong opposition from many countries and major political and religious leaders, including the pope, will result in more innocent victims and escalation, potentially spreading the conflict far beyond Syria’s borders,” he wrote. “A strike would increase violence and unleash a new wave of terrorism. It could undermine multilateral efforts to resolve the Iranian nuclear problem and the Israeli-Palestinian conflict and further destabilize the Middle East and North Africa. It could throw the entire system of international law and order out of balance.”

Again … he gets no argument from us.

Finally, Putin addressed a fundamental point we referenced recently (but which most American media have ignored) – namely the legitimate debate over the true origin of the chemical weapons strike in Syria.

“No one doubts that poison gas was used in Syria,” Putin wrote. “But there is every reason to believe it was used not by the Syrian Army, but by opposition forces, to provoke intervention by their powerful foreign patrons, who would be siding with the fundamentalists.”

Ah yes the fundamentalists (a.k.a. our terrorist allies).

It’s painful to watch America get put in its place like this, but it was also painful to watch Putin offer protection to National Security Agency leaker Edward Snowden, who is being hunted down by the United States government for having the audacity to expose our government’s massive domestic spying network.

You know … the one our government created to advance its “War on Terror.”

What a world we live in, right?

Anyway, Putin closed his column with a swipe against the notion of “American exceptionalism,” which U.S. President Barack Obama invoked in making the case for military action against Syria.

“For nearly seven decades the United States has been the anchor of global security,” Obama said in his speech to the nation this week. “This has meant doing more than forging international agreements. It has meant enforcing them. The burdens of leadership are often heavy, but the world’s a better place because we have borne them.”

Obama later added that this burden extended to “our leadership of a world where we seek to ensure that the worst weapons will never be used,” saying our intervention in such situations is “what makes America different” and “what makes America exceptional.”

Putin was having none of that.

“It is extremely dangerous to encourage people to see themselves as exceptional, whatever the motivation,” Putin wrote. “There are big countries and small countries, rich and poor, those with long democratic traditions and those still finding their way to democracy. Their policies differ, too. We are all different, but when we ask for the Lord’s blessings, we must not forget that God created us equal.”