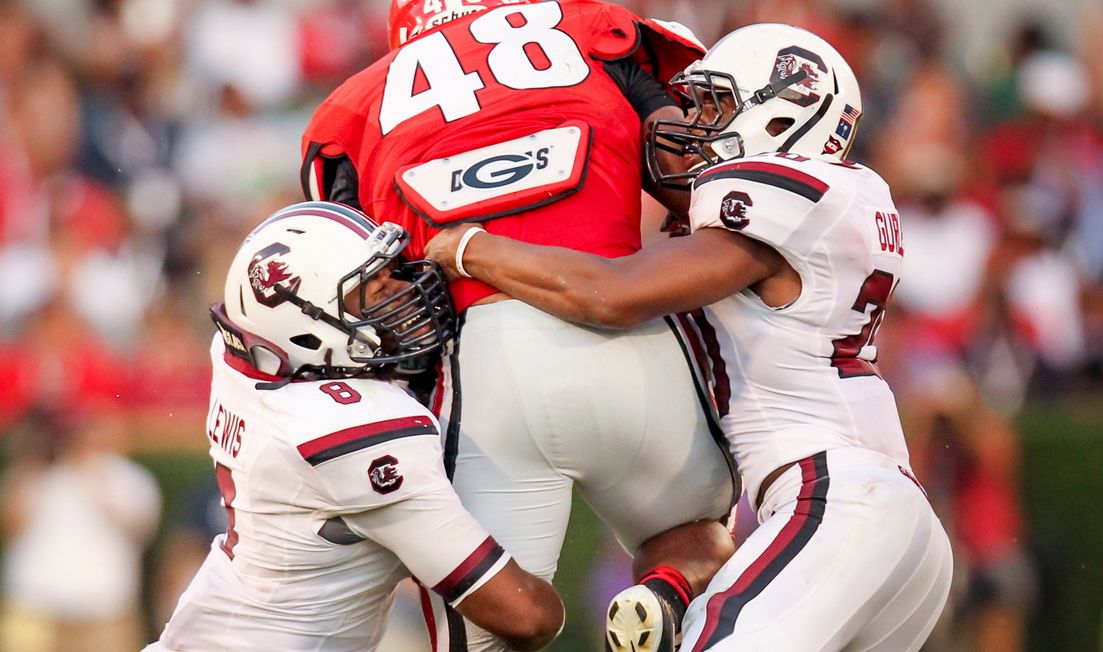 The University of South Carolina football team has been installed as a 13.5-point favorite this weekend against Vanderbilt – which we think is a pretty optimistic assessment in light of the dismal defensive effort the Gamecocks (1-1, 0-1 SEC) put forth last weekend in Athens, Georgia.

And the resulting, um, problems …

Having been hypercritical of the USC program in the past, we resisted the urge to hop a train to Negativetown in the wake of last week’s disappointing 41-30 loss to SEC East rival Georgia. After all the season is two games old, and head coach Steve Spurrier’s squads have demonstrated an uncanny ability to bounce back from tough losses in recent years (well, with the exception of the Florida game last year or the 2010 Chick-Fil-A Bowl).

In other words this is not the same program that climbed to No. 6 in the nation back in 2007 only to fall apart after a loss to … Vanderbilt?

Yeah … that happened. And the Gamecocks didn’t win another game that season.

Obviously the talent level in Columbia, S.C. has risen exponentially since then – although on the defensive side of the ball this year the loss of starters Devin Taylor, DeVonte Holloman and D.J. Swearinger (all of whom are playing on Sundays) has clearly had an impact.

Meanwhile returning All-American Jadeveon Clowney – who was supposed to vanquish opposing offenses by simply looking askance at them – hasn’t impacted the game the way many expected.

All of which leads us to Williams Brice Stadium this Saturday evening … and a game against a Vanderbilt team that’s also not what it used to be. The Commodores went 9-4 last season under second-year head coach James Franklin – including a 5-3 mark in Southeastern Conference play. That’s the program’s best record since 1915.

South Carolina struggled on the road a year ago against Vandy – eking out a 17-13 victory in Nashville on a fourth quarter touchdown run from Marcus Lattimore.

Can Franklin and his staff put together a game plan to beat the No. 13/14 Gamecocks in their own house? Or is South Carolina really two touchdowns better than the new-and-improved Vanderbilt Commodores?

Our founding editor’s crystal ball was deadly accurate in 2012 but through the first two weeks of the 2013 season he has badly missed a couple of big games (here and here). Let’s see if this is the week he – and the Gamecocks – get back on track.