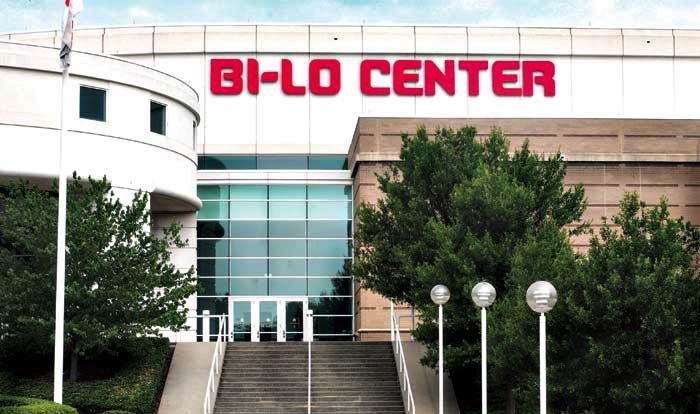 S.C. Gov. Nikki Haley’s economic record has come under fire lately – and with good reason. The Palmetto State’s labor participation rate is hovering near record lows – thanks in no small part to Haley’s inability to create private sector jobs. Meanwhile recent reports have revealed South Carolina as having a terrible business tax climate and zero upward mobility for its citizens – making it one of the hardest places in America to make a living.

Haley had hoped her 2014 campaign kickoff announcement – starring a trio of out-of-state governors – would help dispel some of that criticism. Unfortunately for her, the story of the event wound up being the sparse crowd it drew.

Haley staffers are already receiving criticism over their inability to motivate the governor’s “movement” to attend her reelection rally, but FITS has uncovered another major pooch screw.

What are we referring to?

For her big reelection rally, Haley’s team chose an outdoor plaza in front of the the Bi-Lo Center in downtown Greenville, S.C.

The only problem (well aside from the lack of a crowd)?

Bi-Lo, a grocery store chain that recently merged with Winn-Dixie, announced four months ago that it was moving its corporate headquarters from the Greenville area (specifically Mauldin, S.C.) to Jacksonville, Florida – costing South Carolina an estimated 130 jobs (at least).

Wait a minute … let’s make sure we’ve got this straight: Haley, who has been criticized for job creation record, held her reelection rally at a center named for a company that moved 130 high-paying jobs from South Carolina to Florida?