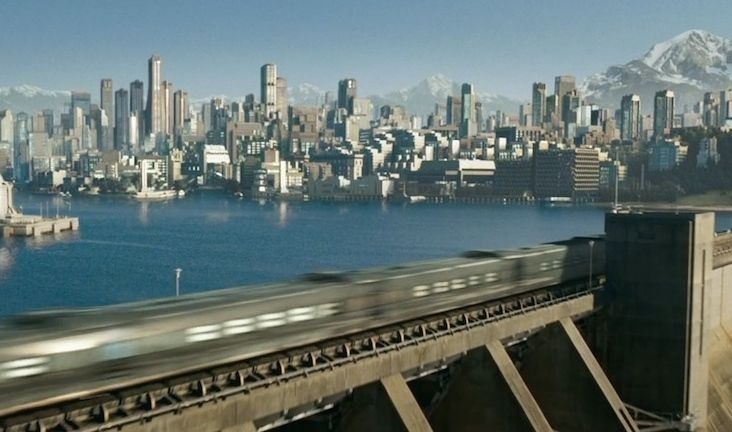 In the Hunger Games movies, a repressive totalitarian government presides over thirteen districts from “The Capitol,” an ostentatious, ostensibly “progressive” urban center filled with wealthy and powerful elites who spend most of their time reveling in decadence and privilege.

It should: It’s coming to a continent near you.

The seat of America’s Evil Empire – Washington, D.C. – is evolving into precisely such a place. If it isn’t already.

While the rest of America struggles to make a living, those who live in the seat of the empire are doing just fine thanks.

The latest evidence of this trend? Soaring incomes in Washington, D.C. that contrast the flat incomes everywhere else in the country. 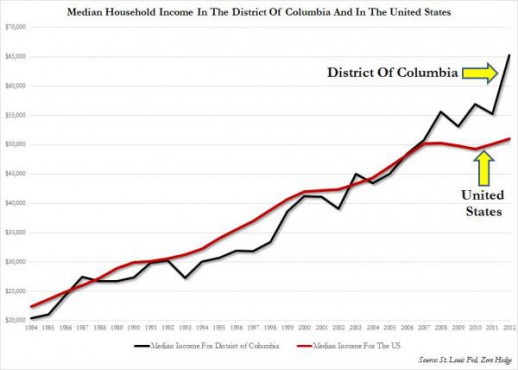 “Please don’t take your declining income grievances to Washington D.C. for the simple reason that, as the chart (above) shows, what’s bad for America is good for its (heavily lobbied) politicians,” the website Zero Hedge notes.

And both Republicans and Democrats are in on the generational theft that’s subsidizing this rapidly expanding gap.