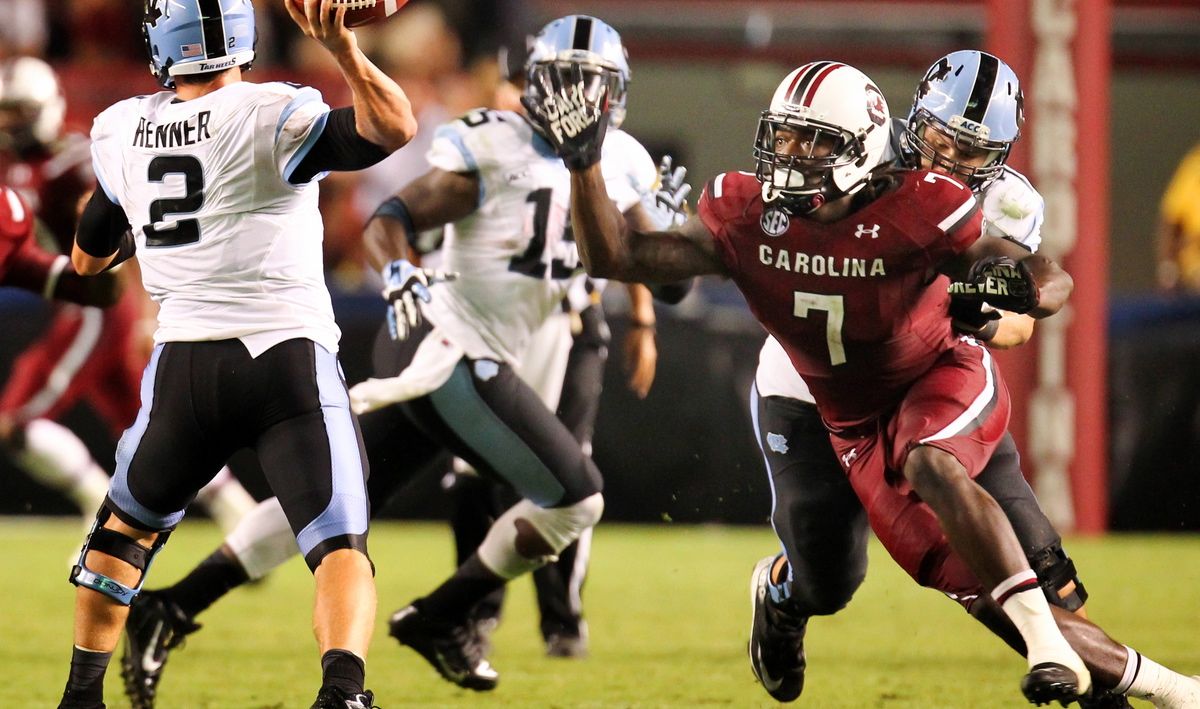 University of South Carolina defensive end Jadeveon Clowney didn’t have his best game against the University of North Carolina last Thursday. Apparently he had a stomach virus and ate only grapes and bananas prior to the sixth-ranked Gamecocks season opener – which accounted for several missed plays and what appeared to be less-than-100-percent effort on the snaps he did take.

Of course Clowney – who registered no sacks and only three tackles against the Tar Heels – still wreaked havoc. He was double-teamed on virtually every play, and UNC head coach Larry Fedora spent the entire game running his offense away from the 6-foot-6, 274-pound All-American.

As a result an explosive unit led by a veteran quarterback which averaged 40.6 points and 485.6 per game in 2012 (second only to Clemson in the ACC in both categories) was held to just 10 points and 293 yards.

But given the hype surrounding Clowney following his near-decapitation of Michigan running back Vincent Smith in the 2013 Outback Bowl (a.k.a. the most famous sports highlight ever), his performance out of the gate in 2013 underwhelmed. In fact Clowney plummeted from first to sixth on ESPN’s Heisman Watch following the first weekend of college football action.

That’s why this weekend’s game against No. 11/12 Georgia is so critical.

Sure it’s a huge game from the standpoint of each team’s postseason dreams (it always is) – but  this year it’s even bigger for Clowney, who officially has something to prove for the first time in a long time.

We think he will answer the bell…

In fact assuming Clowney is at full-speed – and assuming Georgia’s offensive line is as porous as it was against Clemson – Saturday’s showdown in Athens, Georgia could be something truly special for Gamecock fans.