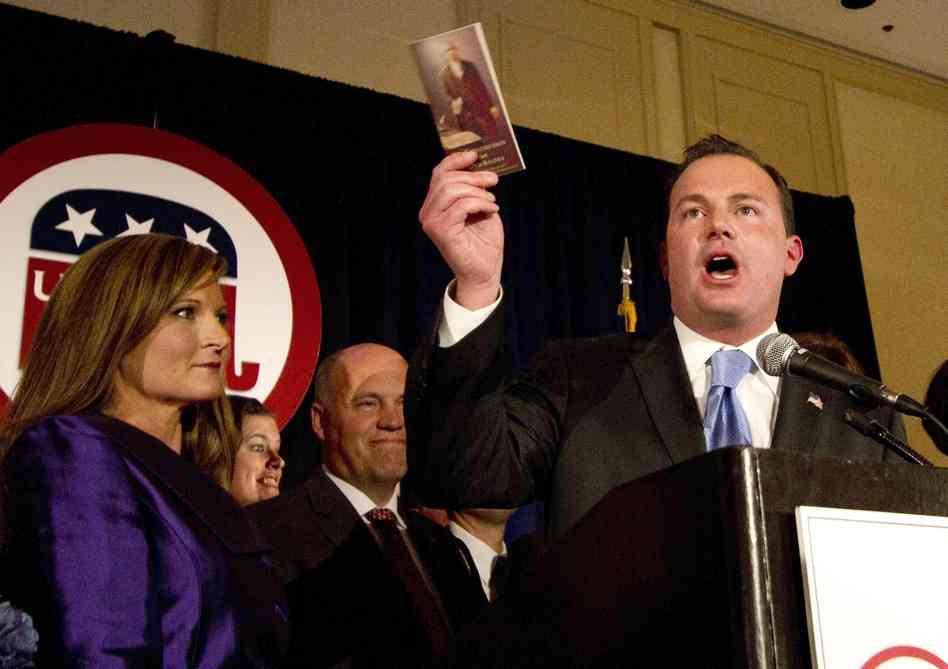 U.S. Sen. Mike Lee (R-Utah) – one of the few true fiscally conservative members of the U.S. Congress – will pay a visit to South Carolina next month. The first-term lawmaker will headline GOP gadfly Mallory Factor’s “Charleston Meeting” on the evening of Monday September 9.

The invitation only event will be held at the Harbor Club in downtown Charleston, S.C.

Lee, 42, is the leader of the conservative effort to defund U.S. President Barack Obama’s socialized medicine law in the Senate – an effort which it’s worth noting is not supported by U.S. Sen. Lindsey Graham (RINO-S.C.)

“I want at least two votes, a bare minimum of two votes, ” Lee has said of his proposal – which is supported by U.S. Sen. Ted Cruz and other fiscal conservatives. “One vote to fund everything else in government, one vote to fund Obamacare. What I’m saying is if Obamacare can’t stand and get funded on its merits, its own two legs, it doesn’t deserve to be funded.”

We eagerly await what Lee has to say about his effort … and about the refusal of Graham and other liberal “Republicans” like Lamar Alexander, John Cornyn and Mitch McConnell to support it.

How many wives does he have? Where does he stand on baptizing dead people?

At what point did he agree with the inclusion of “black folk” in the Temple?

Mormons aren’t the only ones who can convert dead people now!

Do you have any questions about how he votes? That’s more important, no?

Will the evening dinner be served on golden plates?

Ooh! I can’t wait to be pandered to. While Lee’s at it, maybe we can get him to demand a vote to defund Medicare?

Keep your government hands off my Medicare and your Socialism away from my Social Security!

Democrats are in a majority in the Senate. Yes or no? If yes, then this grandstanding issue is DOA whether Graham supports it or not.

Mike Lee, just another contestant in the 2013 Dumbass Olympics. Too bad this colossal clod just unknowingly acknowledged that while he wants to defund Obamacare, he is perfectly fine with rubber stamping the continuing funding of EVERY OTHER GOVERNMENT PROGRAM.

Have fun explaining why no other government program deserves the same “stand on your merits” scrutiny Obamacare suddenly should have. You know, like the several NSA programs that could use some defnuding. Warrantless spying? Meh. Insurance exchanges and banning preexisting conditions? OMG THE HORROR!!1

Let’s see…Mike Lee is the Ice Tea Party guy who beat Bob or Bill Bennett in the Republican’t Primary ?

Yep, we fired Bob Bennett and replaced him with this guy. But kept Orrin Hatch so we could keep our NSA Spy Center in Utah. Now the Mormons are sifting through all your emails and phone calls.

Maybe somebody should ask Lee not just why Graham, Alexander, Cornyn and McConnell didn’t sign his letter, but why it is being rejected by the majority of Republicans in the US Senate. The last I heard he didn’t have but eleven or twelve signers. That’s not a very good percentage out of 41 senators.

I wonder if he will travel to this event using taxpayer $$$??

Another one of the Magic Draws Conservatives Squad. Oh boy.

Leave my dead ancestors the hell ALONE, Mike! I won’t pray yours anywhere, and mine are fine right where they are. And stay the hell out of their bedrooms, too!

Geezus, Will, just look at this douche-nozzle. Can’t believe you’re pandering to the tea freaks for Nancy to this extent.

I hope he doesn’t get his special Mormon panties all in a wad if he reads the comments posted here.

My six month old grandson has much more magical power panties than Mr. Lee. Last time I saw him he got a big toothless grin on his face as he squeezed one out. I had to open all the windows and put a fan in the doorway while all the visiting relatives were gasping in the front yard.

Lee is Utah’s number one embarrassment. Apologies for his bad manners South Caroliners!!! It’s hard keeping them on the farm…..

Forgot the part about the short sell of Lee’s house where he beat the bank out of $400,000. Now THERE’S some fiscal responsibility!

He wants your MONEY. His first official act in the US Senate was to seek to start his own PAC so he could raise money to support his main cause, himself. Hold on to your money South Carolina. 10% of it will go to the Mormon Church so you’ll at least get a 10% tax write off for charity.He’ll get the rest to keep after Utah throws him out of office.

Of course he wants money. Money is the lifeblood of scoundrels and patriots. You can’t have politics without money. You don’t make changes without money. If he does try to give it to the Mormon church, it will get reported. I just want to hear what he has to say. From HIS mouth.

He’s coming to show south carolina he s a presidential candidate made for dixie and the lol, lol, ll,

Watch out South Carolina.Mike Lee is desperately seeking ways ti raise cash which he can pocket after he is not reelected. And yes South Carolina 10 % of all that cash goes to the Mormon Church

Why is Lee holding a pamphlet with Mormon church founder, Joseph Smith, on the cover in the above photo?

Sorry South Carolina, Mike Lee is not related to Robert E Lee, but he is related to John Doyle Lee, a prominent early Latter-day Saint who was executed for his role in the Mountain Meadows massacre.