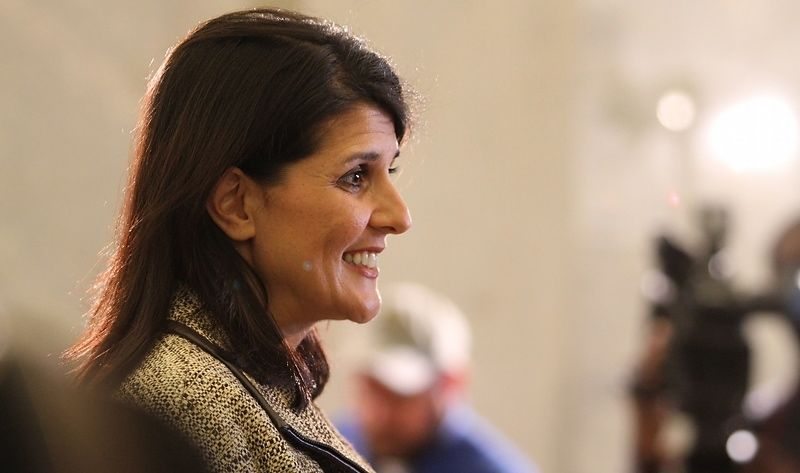 Less than twenty-four hours after the top attorney for the S.C. State Ethics Commission (SCSEC) concluded Gov. Nikki Haley broke the law by using taxpayer-funded resources for political campaigning, the leader of the agency – which is effectively controlled by the governor’s office – reversed this position and concluded Haley’s actions were legal.

Sound familiar? It should … Haley has received preferential treatment from this agency before when she clearly broke the law. Also, her former colleagues in the S.C. House of Representatives helped her dispose of a much larger ethics scandal last summer.

The flip-flop by SCSEC director Herb Hayden is the most recent development in Haley’s most recent ethics scandal. It’s also the latest example of how South Carolina politicians simply cannot be trusted to police themselves under any circumstances. In Haley’s case, the hypocrisy is especially galling given that she spent the better part of the last year lecturing lawmakers on the need to pass ethics reform legislation.

Earlier this week, FITS exclusively reported that Haley had been involved in a June 2013 car crash in North Carolina. It was later revealed she was in North Carolina to attend a political gathering at which she received nearly $40,000 in campaign cash. In other words there was no state business being conducted – but plenty of political business. Which is why Haley was traveling at the time of the crash with her campaign manager and political fundraiser.

“The real story isn’t the fact the governor was in a car crash,” we wrote. “The real story is that South Carolina taxpayers subsidized her travel (and the travel of two of her campaign aides) to an overtly political event where she engaged in campaign fundraising.”

“This is a campaign event in the sense that she received a bunch of campaign money,” Hazelwood told The (Charleston, S.C.) City Paper. “So there needs to the proper reimbursement to the state and proper disclosure.”

Hours later, though, Hazelwood was rebuked by Hayden, who told The (Columbia, S.C.) State newspaper that “the purpose of the trip was not campaign-related” and that Haley would not have to reimburse taxpayers for the expenses.

Hayden flip-flopped after having a “conversation” with one of Haley’s attorneys – who have bragged in the past about their ability to get the governor out of trouble.

What prompted his change of heart?

Easy: As we exclusively reported earlier this summer, eight of the nine seats on the SCSEC – which pays Hayden’s salary – are either vacant or occupied by members whose terms have expired (meaning Haley can replace them at a whim if she doesn’t approve of their decisions).

“She’s leaving those commissioners with expired terms there precisely so she can have this kind of leverage over them,” one Palmetto political operative told FITS. “As long as they know they can be dismissed and replaced at any moment due to the fact their terms are up, they will side with the governor in any ethics dispute, and that is a real disservice to South Carolinians who want true accountability from their elected officials.”

Exactly … in fact that system is every bit as corrupt as the self-policing that goes on in the S.C. General Assembly, which has led to some very selective enforcement of our state’s ethics laws.

“That’s the problem with the fox guarding the hen house,” a Democratic operative told us.

In South Carolina there is no accountability for elected officials. When powerful politicians say “jump,” those responsible for holding them accountable say “how high?” That’s why our state is so corrupt … and why taxpayers are (still) picking up the tab for that corruption.