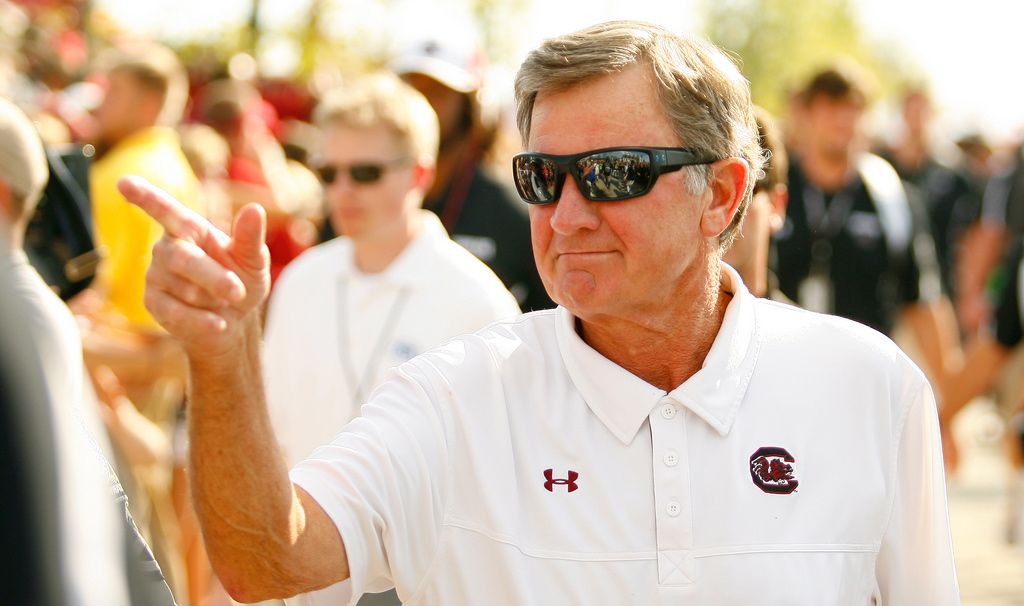 After a middling first five years at the helm, University of South Carolina head coach Steve Spurrier has turned a perpetually mediocre program into one of college football’s elite teams. Spurrier’s Gamecocks have recorded back-to-back 11-win seasons and Top Ten finishes – both firsts in school history – and this year’s squad enters the 2013 campaign ranked No. 7 in the nation.

Does any of that impress the “Head Ball Coach?” Not really …

Spurrier is working hard this preseason to downplay expectations for his squad – telling reporters after a practice this week that his team is “unknown” and has “a long way to go” if it hopes to live up its lofty expectations.

“Our expectations, hopefully with our players, need to be known: We are not a super-duper team by any means,” Spurrier said. “We don’t have a bunch of superstars right now. Hopefully as the year plays out, a bunch of these guys will develop into maybe all-conference players. But we’re an unknown team. We’ve got one superstar and that’s it. Everybody knows who he is. But one superstar doesn’t win many championships as we all know. Hopefully a bunch of guys can come around. I think our guys have got the message that we’ve got a long way to go.”

Spurrier added that the Gamecocks rank “next to the bottom of the SEC in all-conference players” with only one returning first-team performer – unanimous All-American (and Heisman Trophy candidate) Jadeveon Clowney.

Of course the Gamecocks have been forced to play without Lattimore for extend periods in each of the last two seasons due to a pair of season-ending knee injuries he suffered – and were able to post a 9-1 record in those games. USC also manhandled Missouri last year with Swearinger out of the lineup due to a suspension.

South Carolina opens its 2013 season at home on August 29 against the University of North Carolina. The game – which kicks off at 6:00 p.m. – will be televised nationally by ESPN.