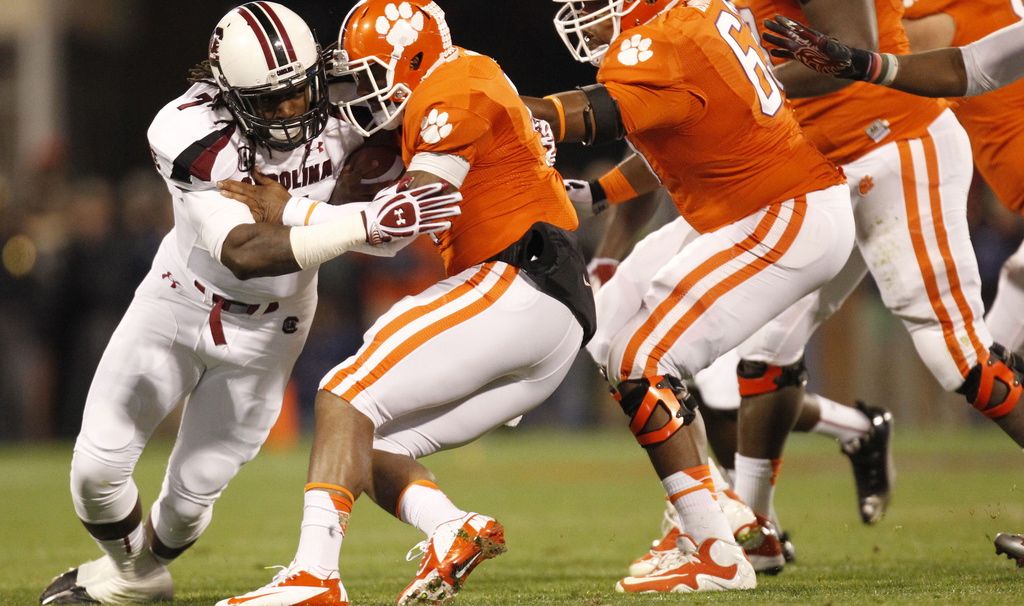 University of South Carolina superstar Jadeveon Clowney is on the preseason watch list for the 2013 Ted Hendricks award, the school’s athletics department announced this week.

That’s hardly surprising news seeing as Clowney won this award in 2012 – the first sophomore ever to do so.

“He has a constant motor, a strong work ethic and never seems to tire,” Hendricks said of Clowney’s explosive 2012 season.  ”He gave opposing blockers nightmares all season. If they blinked, Jadeveon was already past them.”

The 2012 SEC Defensive Player of the Year, Clowney set school records in 2012 for sacks (13) and tackles for losses (23.5). The 6-foot-6, 274-found Rock Hill, S.C. native was a unanimous All-American and is likely to be the No. 1 pick in next year’s NFL draft given his combination of size, speed and pure explosiveness.

As for Hendricks, he was a standout collegiate performer at the University of Miami who played fifteen season in the National Football League for the Baltimore Colts, Green Bay Packers and Oakland Raiders. This award has been given out in his name for the last eleven years. Over that time only one player – Georgia’s David Pollack – has won it twice.

In addition to his Hendricks’ award nomination (and preseason Heisman hype), Clowney is on 2013 watch lists for the Maxwell, Bednarik, Rotary Lombardi, Walter Camp and Nagurski awards.

Clowney and the seventh-ranked Gamecocks open their 2013 season on August 29 against North Carolina at Williams Brice Stadium. Kickoff is set for 6:00 p.m., with ESPN televising the game nationally.