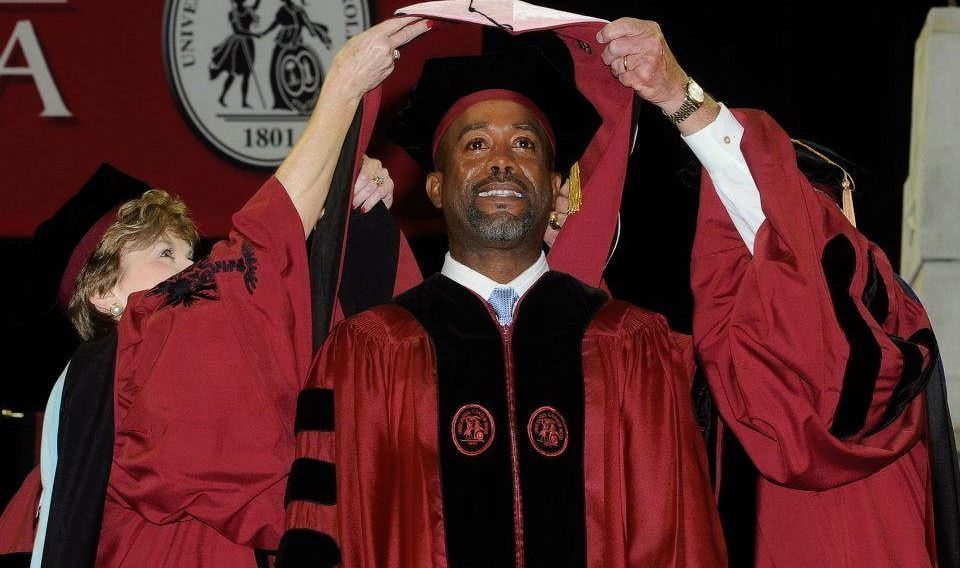 The first time I saw Hootie and the Blowfish I was at the old Rockafellas in the Five Points district of downtown Columbia, S.C. (many years before it turned into a violent mini-Chicagoland). I went to the show with a former female church leader who liked to give wildly inappropriate back rubs, which made it all the more awesome.

Anyway, there were seriously 12 people there … if that.

Several years later, of course, Hootie hit the big time (and then some) following the release of their debut album Cracked Rear View, which is one of the Top 20 best selling albums in music history. The band’s lead singer, Darius Rucker, has since embarked on a successful solo career – first as an R&B performer and more recently as a country singer. In fact last year he became a member of the Grand Ole Opry.

An avid sports fan, Rucker appeared on ESPN’s College Gameday last season when it paid a visit to the University of South Carolina “Horseshoe” – site of the band’s 1996 MTV Unplugged performance. And this month Rucker was honored by his alma mater  with an honorary doctorate of music (above).

He is living the dream held by so many of us aspiring musicians.