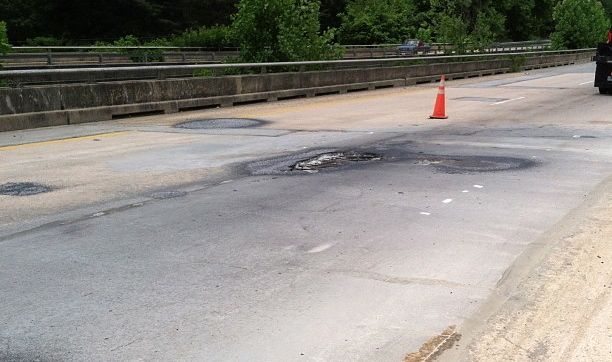 S.C. Gov. Nikki Haley’s scandal-plagued, completely incompetent Department of Transportation (SCDOT) has made a real mess of the Palmetto State’s infrastructure situation over the last few years. How bad have things gotten? SCDOT has effectively stopped all paving and maintenance work on South Carolina roadways – while relying on a bailout from Barack Obama to make sure its inflated bureaucracy continues to get paid.

Now the agency says it needs $29 billion over the next two decades – or more than $1.4  billion a year in new money – to upgrade what it terms structurally deficient roads and bridges. Amazing isn’t it? South Carolina’s budget is one of the biggest in the country (on a per capita basis) – and has been growing by leaps and bounds for decades.

Yet state lawmakers – who fund all sorts of non-core government functions – can’t seem to make infrastructure a priority?

In fact rather than slash non-core functions – including unnecessary transportation projects (like Interstate 73 and Interstate 526) – the “Republican-controlled” S.C. Senate has proposed a massive tax hike on Palmetto State motorists in an effort to continue subsidizing the same inefficient system.

To her credit, S.C. Gov. Nikki Haley has vowed to reject any transportation tax hike – although to her discredit Haley has embraced numerous costly transportation boondoggles and failed miserably to prioritize future projects based on need, not politics.

Seriously … if our infrastructure needs are so pronounced (and there’s a legitimate debate as to whether that’s really the case), then what is SCDOT doing building interchanges for roads that don’t exist?

Oh right … it’s all about back-scratching.

Due to the fact South Carolina is a noxiously corrupt favor trading factory, politicians have dramatically overextended our infrastructure obligations. The Palmetto State ranks 40th in the nation in geography and 24th in population, yet it maintains the nation’s fourth-biggest network of roads (more than 40,000 miles worth).

Why? Because our “Republican” leaders simply cannot say no … and when they “reform” the transportation system, they reform it in name only.

Unfortunately, when the bill for all this excess, incompetence and corruption comes due … lawmakers reflexively move to raise taxes, and our state’s mainstream media reflexively promotes these revenue-generating schemes as being vitally necessary, while regurgitating the fiction that South Carolina motorists pay less than residents in other states for gas. That’s true … but our residents are also dirt poor, meaning we pay more of our budget on fuel costs than any other state in the nation (save Mississippi).

Translation? We can’t afford to pay the bill our leaders are about to stick us with …