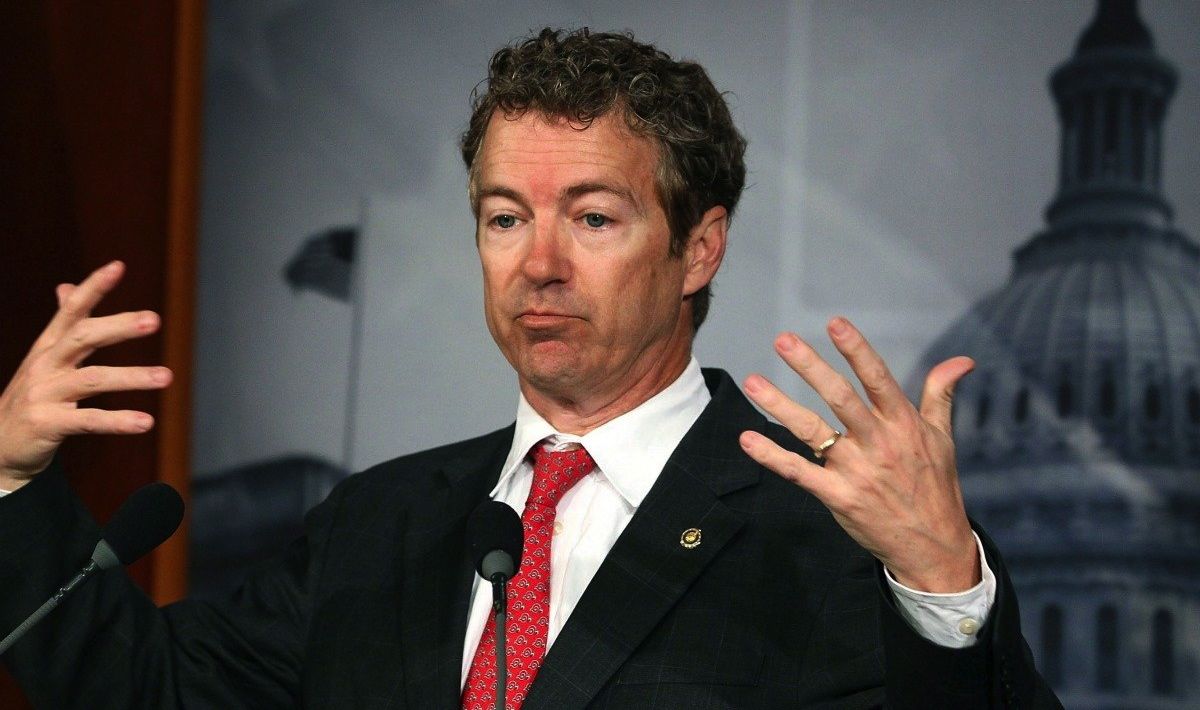 One of the great things about former U.S. Rep. Ron Paul is that he calls things exactly like he sees them … which is invariably exactly how they are.

For example, the elder Paul has been unapologetic in his opposition to America’s failed “War on Drugs,” just as he’s been adamant that government shouldn’t sanction or oppose marriage (gay or straight). Are those views “kooky” and “out of the mainstream?” Not at all … both have gained widespread acceptance, in no small part because they are absolutely correct.

But what about Paul’s son, U.S. Sen. Rand Paul? Sadly he’s moving in the wrong direction on both issues …

Taking the advice of the Rick Santorum wing of the “Republican” party, “Paul the Younger” has decided to overtly pander to social conservatives in an effort to shore up his fledgling 2016 presidential aspirations. Specifically, Paul says government should continue criminalizing recreational drug use and telling churches who they can and can’t marry.

Huh? What does that mean, exactly? Because we’ve never heard a candidate call himself a “Republican” or a “conservative” before …

What about simply supporting freedom and free markets and letting the labels take care of themselves? Oh right … it’s no longer possible to get elected in America by standing firm on common sense principles, is it?

Or is it? After all, if the election of 2012 taught “Republicans” (or “libertarian Republicans”) anything, it should have been that pandering isn’t a pathway to victory.

Meanwhile, as Paul attempts to play the game of addition with the big government moralizers … he’s already experience subtraction from the ranks of freedom and free market defenders.

“I can’t help but wonder how Paul would be different from any other Republican president,” Mike Riggs at Reason.com notes.

We’re starting to wonder the same thing ourselves …

And therein lies the problem with trying to court the small-minded … you lose the open-minded.

In fact pandering like this is exactly what turns a principled movement into a soulless borg. Not to mention the sort of party that kicks people like Ron Paul to the curb. Seriously what’s next? Is Rand Paul going to come out for ethanol subsidies? Sugar subsidies (like his boy Marco Rubio)? Or corporate cronyism for Boeing?

Make no mistake: This is a very troubling sign for Rand Paul’s candidacy …

Bobby Jindal Has A Point …