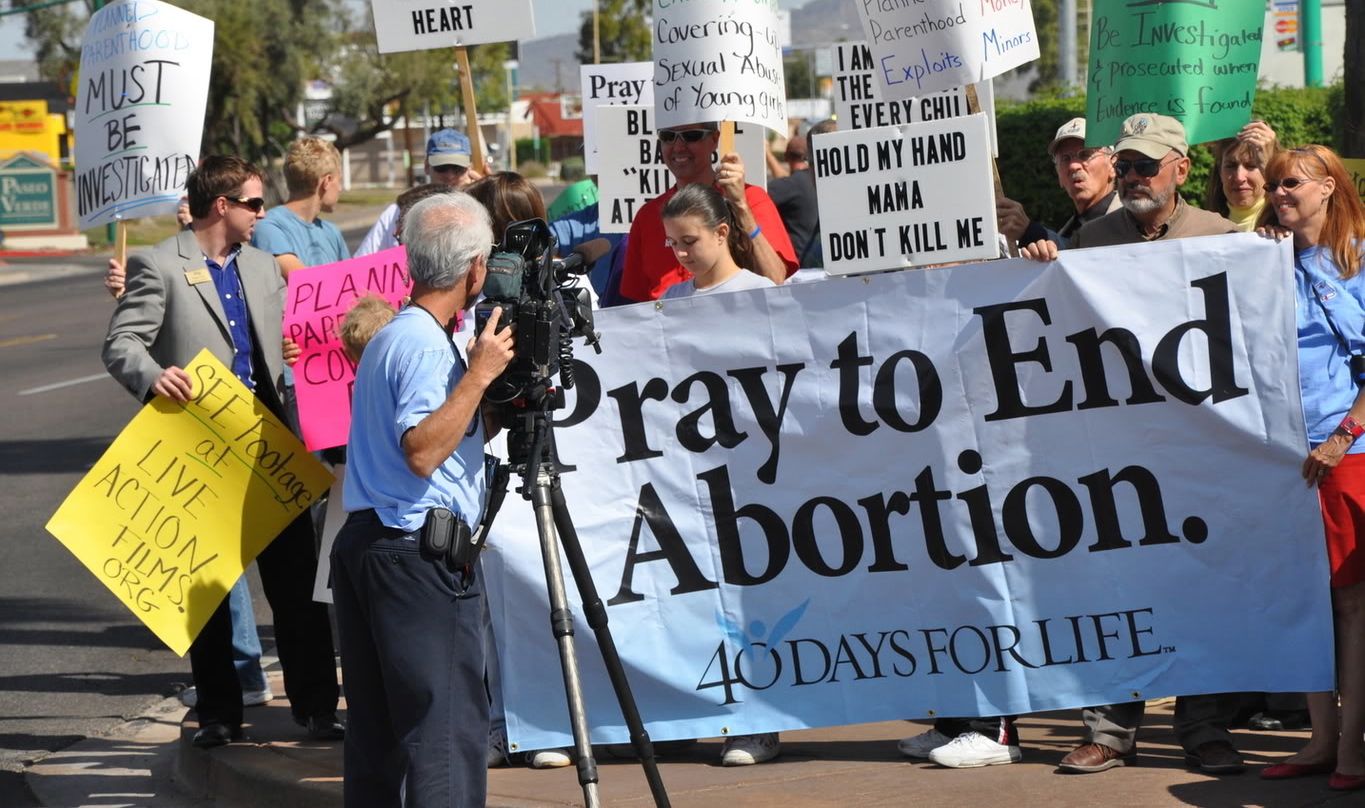 Republican presidential nominee Mitt Romney was for abortion before he was against it … before he was for it again.  At least that’s what his latest rhetoric on the issue suggests.  It’s all in a day’s work for the walking Etch A Sketch … who has yet to meet a political position that he can’t disavow and then re-embrace as expediency dictates.

The former Massachusetts governor – who emphatically declared his support for specific pro-life legislation during the 2012 Republican presidential primary – told the Des Moines Register this week that he will not push the issue as president.

“Do you intend to pursue any legislation specifically regarding abortion?” Romney was asked by the paper.

“There’s no legislation with regards to abortion that I’m familiar with that would become part of my agenda,” Romney replied.

That’s not true, though.  Romney has previously included specific pro-life legislation as part of his “pro-life pledge” – a detailed statement of his support for the right to life.

“I am pro-life and believe that abortion should be limited to only instances of rape, incest, or to save the life of the mother,” Romney wrote in his pledge. “I support the reversal of Roe v. Wade, because it is bad law and bad medicine. Roe was a misguided ruling that was a result of a small group of activist federal judges legislating from the bench.”

Romney added that “if I have the opportunity to serve as our nation’s next president, I commit to doing everything in my power to cultivate, promote, and support a culture of life in America.”

Not so much anymore, apparently.

Not long after Romney’s statements to the Register hit the press, liberals quickly pointed out that he was using “weasel words” in an effort to give the appearance of softening his stance on abortion – without actually softening it.

Romney’s campaign also issued a statement that vigorously maintained his pro-life credentials – which were first acquired in 2008 during his initial run for the Republican presidential nomination.

“Mitt Romney is proudly pro-life, and he will be a pro-life president,” Romney’s campaign spokesman told The Politico.

Again … we’re just not buying that.

This is yet another example of the fundamental problem with Mitt Romney: He simply cannot be trusted.  Sure there are times he talks a great game – as he did during a command performance against Barack Obama during the first presidential debate – but can anything he says be taken seriously?

Seriously this guy has taken more positions than the Kama Sutra … and has reversed himself or substantially changed his views on virtually every single one of them.

FITS supports the right to life, incidentally, because we believe it is the most fundamental of all the liberties guaranteed under our Constitution.  and while we don’t wear the issue on our sleeves (we’re fiscal conservatives, social libertarians) … we do weigh in when we believe it to be appropriate.

“Can” The Crony Capitalist Ex-Im Bank

Every time one of these idiots opens his mouth he alienates more people.

If I’m the Romney campaign advisor I tell him to shut his pie hole after the last debate.

What does he do instead? Announces no spending cuts, and calls for more military spending and admits he won’t reduce taxes.

Which train wreck is worse? Obama’s or Romney’s?

Dryer lint could win the election against both if it had total ballot access.

It’s amazing to think how low the bar is.

Pollsters have already piulled out of Va. NC and Fla. because Romney has won there.

If he’s got Fla. this early..Oh and likley Pa. are his too…

PS: Didn’t Obama say his First Instinct would be to abort his own grandchild, should his daughter have a problem after getting sexed up???

Romney has a great family. He, like me, considers children a gift.

No legitimate polling agencies are pulling out anywhere right now. Too much money being thrown around on polling.

Romney has been in lead in NC for some time now. Virginia?still Obama unless the D.C. area doesn’t turn out.

Florida? Obama must get more than 55%, maybe 60% in south Florida to win there, and that could happen depending on turn out.

Romney considers children a draft deferment. Worked well for him.

Romney has not won there yet. PA is not likely. You are stupid.

And too bad Mamma T can’t go back in time for a back alley abortion. Even she is disgusted by you.

Darla: I LOVE to see you and FITS clinging to myths and hope…some of your media people are already imploding as reality sets in…

I cannot wait to see it strike some of you….It’s going to be a show, I’m sure…

PS: My mother would not want to ‘Obama’ her child, as Barack offered he would do to his own grandchild, should his daughter play Lewinski-games, get knocked up and present him/her with a “PROBLEM” as he terms pregnant…

“Lewinski games”?? No danger of getting pregnant giving someone a blow job you idiot!

He’s wrong a lot. It takes a lot of effort to correct him.

I don’t have any media people. You are controlled by the media, though.

FYI: I am for Romney. Was way, way before you. You listened to Faux, you listened to Rush…you backed EVERYONE but Romney, b/c you are a religious bigot.

He’s gonna win, but putting PA in his column right now ain’t smart of you.

Nothing to say about Spurrier professing his love for Darla, thought, right? Just admit you were wrong and move on.

Spurrier is a SMART (strategic) operator. He has denounced the Flag too. I pat him on the back, even though I don’t care about the Flag. Donouncing works to his favor.

Just like liberal Mungo went Ape-Crap (and denied it) when it was revealed (by Dr. Floyd) that Taters on the USC-PD were targeting Spurrier’s players.

It turned out to be true. Spurrier never said he word…just got what he wanted…and no one is out to get him because he let it play out and never had to say a word….Just like Darla…

The consensus on this thread agrees with Big T that Romney will win?

Go to Vegas and put your bets down, ladies.

The smart money is never with the mouth breathers.

Not a mouth breather or a lady, but I am with Romney/Ryan.

Did you put your money with Gore and Kerrey? That wouldn’t have been very smart of you.

A lot of these leftists hate me, and they want to make everything about me…

Like so many politicians, and FITS, think it’s all about them…Columbia has a BIG problem w/ hangers-on and wanna-bes…It’s why FITS and MoRon bash Spurrier.

It’s a big difference in me and them. I care about being right, because I am horrified over being wrong about the election…

I care about my family and my neighbor. That’s why I’d be physically sick at the prospect of 4 more years of Miserable Obama leadership…

I’m going to rub their faces in it because of their selfishness….and out of euphoria and relief…it’s not about me being right all along…(except they will HATE it even more because I am right) and their master FITS (The political “expert”) was so D@%n wrong…….

You LOVE this site and write more stupid shit than anyone else. I don’t think anyone “hates” you. You’re entertainment.

After reading this somebody needs to redefine flip-flop for me.

his flip flop is not the issue here what the issue is abortion and how it’s killing the republican party. This is a social issue not a political one but in the mean time crazy wack jobs like Susan Swanson and other abortion folks are allowed to hang on the edge of the party and bring it down with a social issue.

At least Kerry went (barely) to war while Romney hid behind deferments.

Those who avoid military service aren’t fit to lead the US, so both Obammy and Romney are shit.