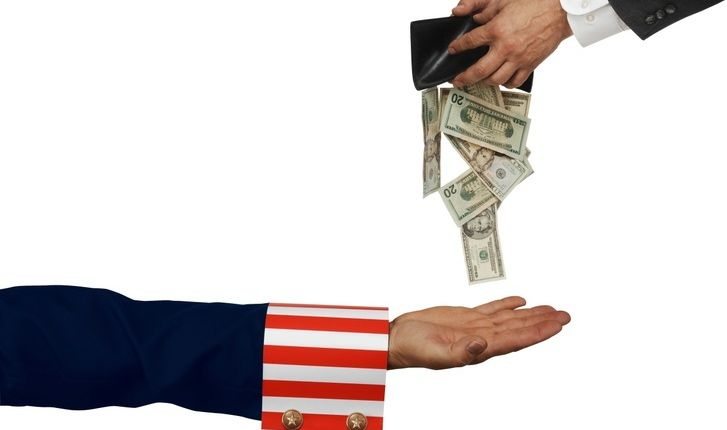 The last great bastion of unfettered capitalism – a.k.a. the Internet – is about to feel the boot of government taxation.

The so-called “Marketplace Fairness Act” – a.k.a. S. 743 – was cleared for debate by the U.S. Senate this week on a 74-20 vote, which means it now needs only a simple majority of the Democratic-controlled chamber to advance. Previous iterations of this legislation – including the 2011 “Main Street Fairness” act – failed to pass, but there’s real momentum behind this legislation.

Why? Because numerous “Republicans” – including fiscally liberal U.S. Senators like Lindsey Graham, John McCain and Lamar Alexander – voted to move this tax hike forward. Sure, they’ll eventually vote “against” it … but when they had a chance to kill it in its tracks, they let it pass.

Cutting to the chase regarding this abomination was Tyler Durden (yes, THAT Tyler Durden) of our favoritest blog Zero Hedge.

“Since a tax is a tax is a tax, it means that the purchasing power of online shopping Americans will be uniformly reduced by some X (percent), depending on what the final tax structure is agreed upon, which also means that the volume of all online transactions will have to decline by a corresponding amount all else equal, in turn leading to lower overall revenues and profits for online retailers,” Durden wrote. “But at least the Federal government will have more cash to waste on such high ROI generating projects as Solyndra and Fisker.”

Grab your socks and hose and pull, people. Cause this is gonna hurt …