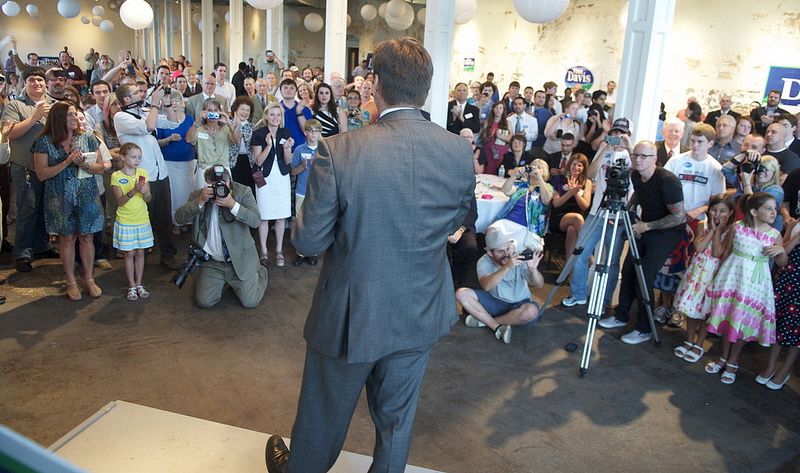 Leery of a social conservative candidate emerging as the main primary opponent to U.S. Sen. Lindsey Graham (RINO-S.C.) in 2014, supporters of former U.S. Rep. Ron Paul have launched a movement to draft a fiscally conservative leader instead.

Their choice? S.C. Sen. Tom Davis (R-Beaufort) – who has long been viewed as the most credible primary option against the fiscally liberal warmongering crony capitalist and frequent ideological ally of U.S. President Barack Obama.

Davis – who boasts one of the most pro-free market, pro-taxpayer voting records in the entire S.C. General Assembly – announced earlier this year that he was not going to challenge Graham, although he has since indicated he might be reconsidering that position.

“Witnessing just the last couple months of Lindsey Graham in action has made me reevaluate Tom Davis’ decision (not to run), and I call on him to reconsider the South Carolina 2014 Senate seat,” one author on The Daily Paul wrote in a post urging support for Davis. “I encourage anybody that would support, donate or campaign for Tom Davis, to contact him and ask him to run against Lindsey Graham. He is our best chance of unseating Graham.”

Both of Graham’s current announced opponents – S.C. Sen. Lee Bright (R-Spartanburg) and former congressional candidate Richard Cash – are over-the-top Bible thumpers who would have trouble picking up libertarian-leaning independents in a primary campaign against Graham. Not only that, early indications are that both of these candidates would also have difficultly corralling the national donors necessary to achieve financial parity against the well-funded incumbent.

That’s why many high-profile Paul backers are taking a look at Nancy Mace – the first woman to graduate from The Citadel and a longtime partner in this website – as a more viable option.

Only In South Carolina …