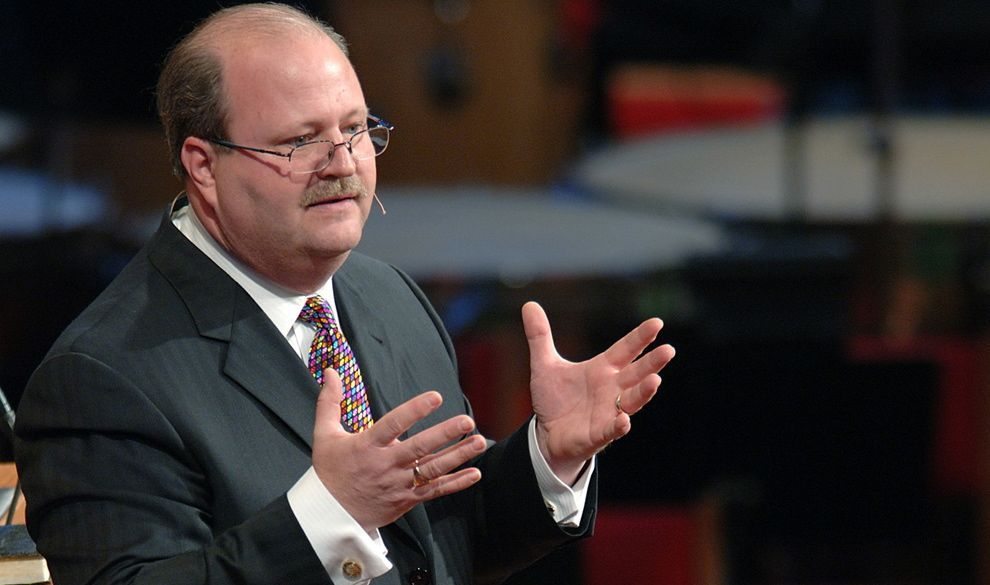 A Baptist preacher at one of the largest churches in America ridiculed former South Carolina Gov. Mark Sanford on Sunday – saying he was a “white man, GOP conservative” who could not be trusted because he “dealt treacherously with his wife.”

Mac Brunson, pastor of the First Baptist Church in Jacksonville, Florida (and a Greenwood, S.C. native), ripped Sanford in a sermon televised on Jacksonville’s WTLV.

Obviously that’s not where Sanford was … (duh).

“Now the bright people of my home state have made him the GOP person for Congress,” Brunson said of Sanford. “If he dealt treacherously with his wife before and the state and the people who worked for him, do you think character has changed that much that he’s not going to deal treacherously at some point in the future?”

Sanford faces Democrat Elizabeth Colbert-Busch in a May 7 special election for South Carolina’s first congressional district – a seat Sanford held from 1995-2001 prior to his two terms as governor.

The race has attracted a national spotlight since last week – when Sanford’s ex-wife, Jenny Sanford, accused him of trespassing on her property without permission back in February. Sanford says he was on the property to watch the Super Bowl with his youngest son, 14-year-old Blake Sanford.

Colbert-Busch Has Personal Problems, Too