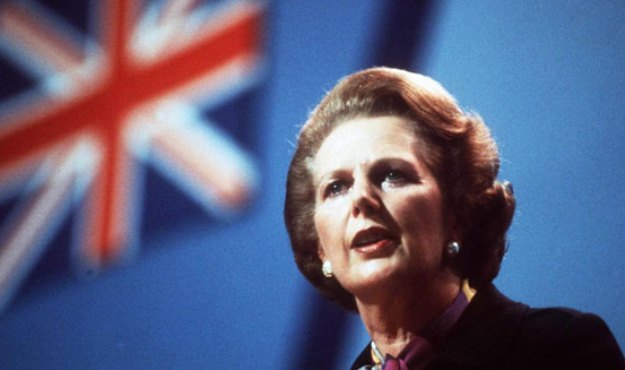 Before 1980, if you asked Americans to name a British prime minister, most would invoke the name of Winston Churchill. Margaret Thatcher changed that.

Thatcher held the office longer than Churchill, who was prime minister for almost nine years, and is the only woman to have held the highest post in the U.K. She won her nation’s top job only six years after declaring in a television interview, “I don’t think there will be a woman prime minister in my lifetime.”

During her more than 11 years in office, Thatcher maintained a close and sometimes rocky relationship with American presidents. She spoke her mind when necessary and was diplomatic when the circumstances required it, but she always remained true to her conservative roots.

Tough yet feminine, she was one of the few members of the Conservative Party who did not come from a family of means. Her father, who was active in local politics, owned two grocery shops, and she and her older sister were raised in the flat above the larger of the two. She graduated from Oxford in 1947 with second-class honors in the four-year chemistry bachelor of science degree program.

When she took office following four years of Labor Party rule, the British economy was in shambles. As prime minister, she introduced a series of political and economic initiatives to reverse what she perceived to be “Britain’s precipitous national decline.”

She lowered direct taxes on income and increased indirect taxes. She increased interest rates to slow the growth of the money supply and thereby lowered inflation. She introduced cash limits on public spending and reduced expenditures on social services such as education and housing. Her political philosophy and economic policies emphasized financial sector deregulation, flexible labor markets, privatizing state-owned companies and reducing the power and influence of trade unions.

She alienated many in Britain by refusing to compromise on the economic measures needed to move the country forward. She said, “If you set out to be liked, you would be prepared to compromise on anything at any time, and you would achieve nothing.”

During her time at the helm of the British government, she highlighted individual rights — famously declaring, “There is no such thing as society” in 1987.

There are few people who truly make a difference. Margaret Thatcher is someone who left a legacy: a country much stronger than the one she inherited.

Perhaps her most memorable quote pertains to the inherent trouble with liberal, big government: “The problem with socialism is that eventually you run out of other people’s money.”

Americans might be well served to remember Margaret Thatcher’s words and actions.

Nancy Mace is the first woman to graduate from The Citadel, the military college of South Carolina. She is the author of “In the Company of Men,” published by Simon and Schuster. She is the owner of a public relations, marketing and political consulting firm, The Mace Group, based in Charleston, South Carolina. This article, reprinted with permission, originally appeared in The Daily Caller.