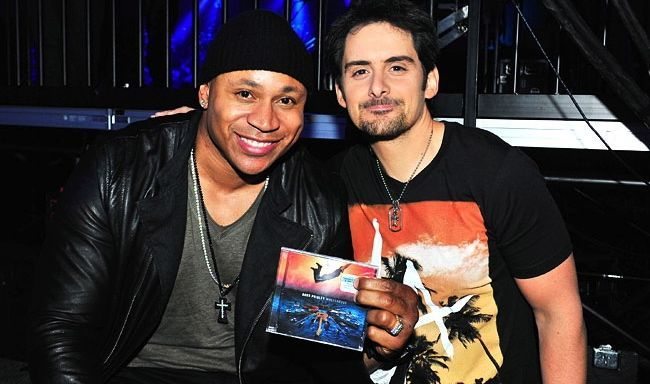 For the eleventy kabillionth time, we hate country music. Always have, always will. It’s music for slow people …

“We don’t live in mobile homes and we’ve never experimented sexually with any of our relatives – which means we’re NOT country music fans,” we wrote a few years back.

Accordingly, we only know of Brad Paisley by name. Until now, that is (unfortunately) …

Paisley is at the center of a major controversy because he violated country music’s Golden Rule: He wrote a song about something other than dead dogs, pick-up trucks, alcoholism, illegitimate children and cheating women with double names.

And here is a sampling of its lyrics …

I’m just a white man comin’ to you from the southland
Tryin’ to understand what it’s like not to be
I’m proud of where I’m from but not everything we’ve done
And it ain’t like you and me can re-write history
Our generation didn’t start this nation
We’re still pickin’ up the pieces, walkin’ on eggshells, fightin’ over yesterday
And caught between southern pride and southern blame

They called it Reconstruction, fixed the buildings, dried some tears
We’re still siftin’ through the rubble after a hundred-fifty years
I try to put myself in your shoes and that’s a good place to begin
But it ain’t like I can walk a mile in someone else’s skin

Wait … what? “Caught between Southern pride and Southern blame?” Really?

Jeez … and yes, that’s LL Cool J chiming in at the song’s 3:40 mark, injecting his thoughts on the issue of present day race relations.

Dear Mr. White Man, I wish you understood
What the world is really like when you’re livin’ in the hood
Just because my pants are saggin’ doesn’t mean I’m up to no good
You should try to get to know me, I really wish you would
Now my chains are gold but I’m still misunderstood
I wasn’t there when Sherman’s March turned the south into firewood
I want you to get paid but be a slave I never could
Feel like a new fangled Django, dodgin’ invisible white hoods
So when I see that white cowboy hat, I’m thinkin’ it’s not all good
I guess we’re both guilty of judgin’ the cover not the book
I’d love to buy you a beer, conversate and clear the air
But I see that red flag and I think you wish I wasn’t here

We’ve said it before and we’ll say it again but we find it amazing that people are still playing the race card … and in Paisley’s case, the race apology card … in post-racial America. Did millions of white Americans not vote for a (sort of) black president? And did hundreds of thousands of white South Carolinians not elect an Indian-American as their governor?

Why are we still talking (or in this case crooning/ rapping) about people’s skin color? And trying to impose racist policies based on those colors?

As far as we’re concerned, individual liberty and free market fiscal conservatism are colorblind – meaning individuals who wish to make personal or economic decisions on the basis of race do so at their own expense. And as for the public sector, it goes without saying that equal protection means equal protection – not discrimination or preferential treatment.

So again … why is this still an issue?

Good question. All we know is when it comes to tapping into our white guilt, we’ll exercise our free market right to rewind the clock and play something worth listening to …