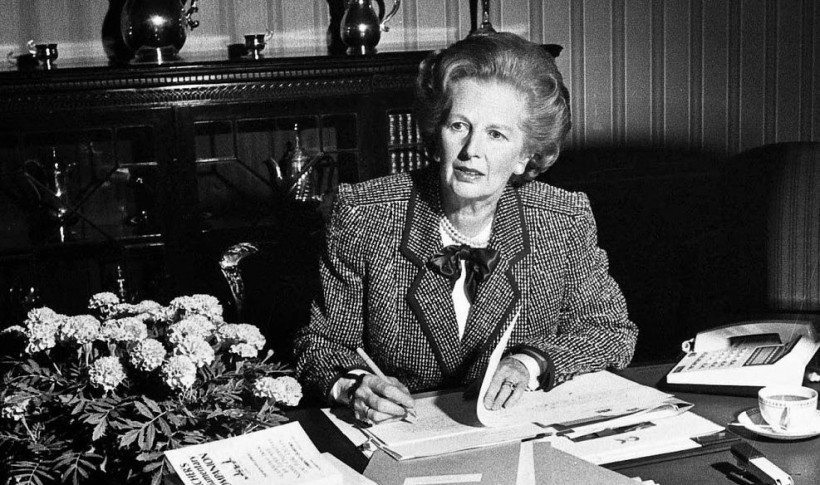 A funeral for Thatcher – including full military honors – will be held at London’s St. Paul Cathedral this week, although it will not be a formal “state funeral.” Apparently that’s in accordance with Thatcher’s own wishes.

“The name Margaret Thatcher will always be synonymous with the word ‘courage,'” one of her former ministers said. “She had more courage than anyone I have ever known. The word impossible barely existed for her. We shall not see her like again.”

The first (and so far only) woman ever to serve as Britain’s prime minister, Thatcher held the post from 1979-1990 – during which time she formed a geopolitical alliance with U.S. President Ronald Reagan in the Cold War against the Soviet Union. In fact Thatcher delivered a recorded eulogy at Reagan’s funeral in 2004. She was also an aggressive opponent of the rising (now hobbled) Eurozone – lobbying against Great Britain’s subjugation to a continental superstate.

More recently, she was the subject of a biographical movie, The Iron Lady, in which she was portrayed by actress Meryl Streep – who wound up winning an Academy Award and a Golden Globe for her performance.

Ironically, Thatcher began her premiership with a quote from St. Francis of Assisi – whose name was recently taken by the new leader of the Catholic Church, Pope Francis.

Thatcher was also prone to dispensing point blank wisdom, not unlike her famous predecessor Winston Churchill.

“The problem with socialism,” she once famously said, “is that eventually you run out of other people’s money.”

“Being powerful is like being a lady,” Thatcher also noted once. “If you have to tell people you are, you aren’t.”

While praise for Thatcher poured in from leaders across the globe, her critics weren’t silent on the occasion of her passing either.

“Condolences to two children who have lost a mother but I shed no crocodile tears for Thatcherism,” editor Kevin Maguire of The Daily Mirror tweeted.