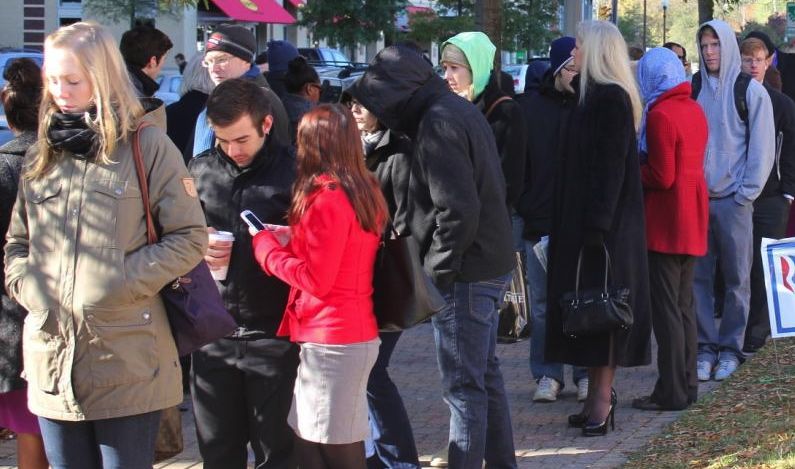 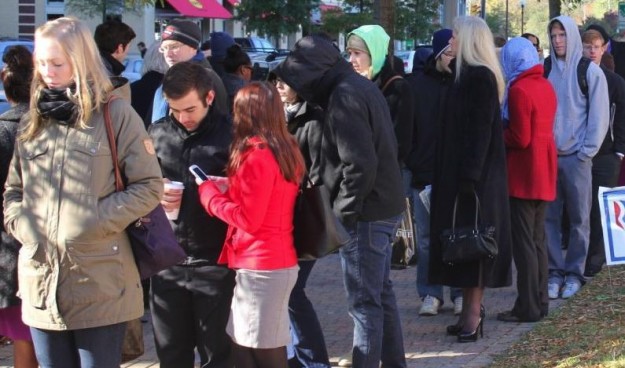 Voting lines in South Carolina were among the longest in the nation in 2012, according to a nationwide survey conducted by The New York Times.

Obviously that’s no surprise in light of the “Richland County Robbery” – which we maintain was a deliberately rigged election designed to illegally suppress white turnout in one of the state’s most populated counties so a $1.2 billion tax hike could pass. As a result of the “robbery” – which included illegal shortages of operable voting machines – voters in anti-tax precincts were subjected to wait times of up to seven hours.

All told, the average South Carolinian waited 24.8 minutes to vote – ranking our state 48th nationally (ahead of only Maryland and Florida). The national average wait time to vote was 14 minutes.

During his second inaugural address, U.S. President Barack Obama proclaimed no citizen should be “forced to wait for hours to exercise the right to vote.”

Meanwhile U.S. Rep. Jim Clyburn told The Times Obama was “going devote a pretty significant amount of his political resources to bear on this question.”

Again … we’ll believe that when we see it.

Here’s the bottom line: If the “Richland County Robbery” script were flipped – which is to say if illegal shortages of operable voting machines helped suppress black turnout for the purpose of defeating this tax hike – you better believe Obama and Clyburn would have long ago brough “significant resources” to bear on the situation.

Instead, Clyburn has been busy playing the race card as part of an effort to defend the corrupt official at the heart of the scandal … a woman who incidentally received a nice payoff after the fact.

So Todd Kincannon Tweeted Something …