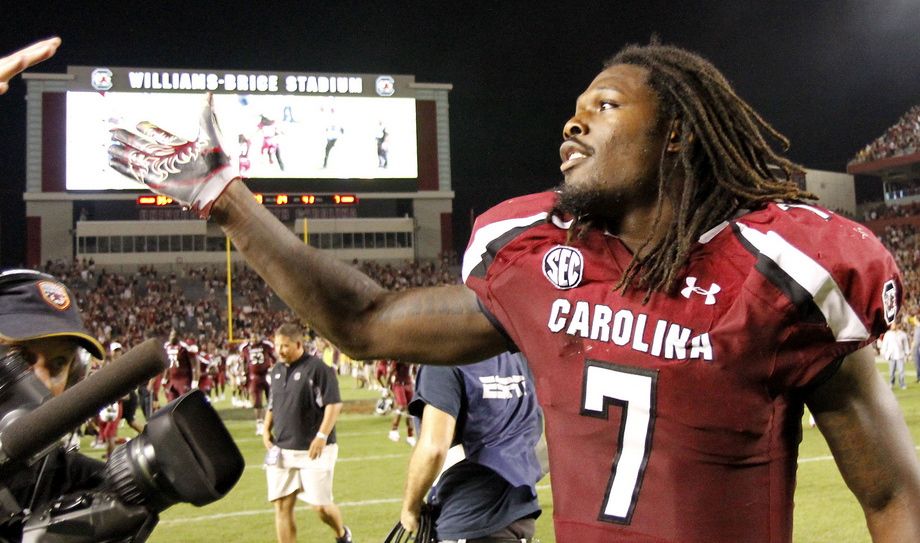 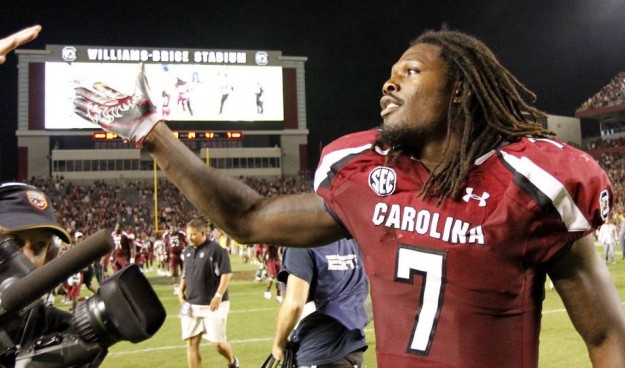 ONE DOWN, FOUR TO GO

University of South Carolina defensive end Jadeveon Clowney is officially an All-American … but will he be the Gamecocks’ first unanimous first-team selection?

He sure as hell should be …

Clowney – who leads the NCAA in sacks and tackles for losses – was named to the American Football Coaches Association (AFCA) first team All-American squad this week.  Along with the Associated Press, Football Writers Association of America, Sporting News and Walter Camp Football Foundation, the AFCA names one of five All-American teams officially recognized by the NCAA.

Throughout its history, South Carolina has had 20 players named to various first-team All-American squads.  Of those, only three players – George Rogers (1979, 1980), Del Wilkes (1984) and Melvin Ingram (2011) were consensus selections.  USC has never had a unanimous All-American.

In addition to All-American honors, Clowney is also up for the Bednarik (best defensive player), Lombardi (best lineman) and Nagurski (best defensive player) awards.  The 6-foot-6, 256-pound Rock Hill, S.C. native – the former No. 1 national high school recruit and 2011 SEC Freshman of the Year – is also being touted as a possible 2013 Heisman Trophy candidate as well as a possible No. 1 overall NFL draft pick.

“He is quite simply the most disruptive force in college football,” our founding editor wrote recently of Clowney.

He’s also on the verge of becoming the most decorated Gamecock ever.