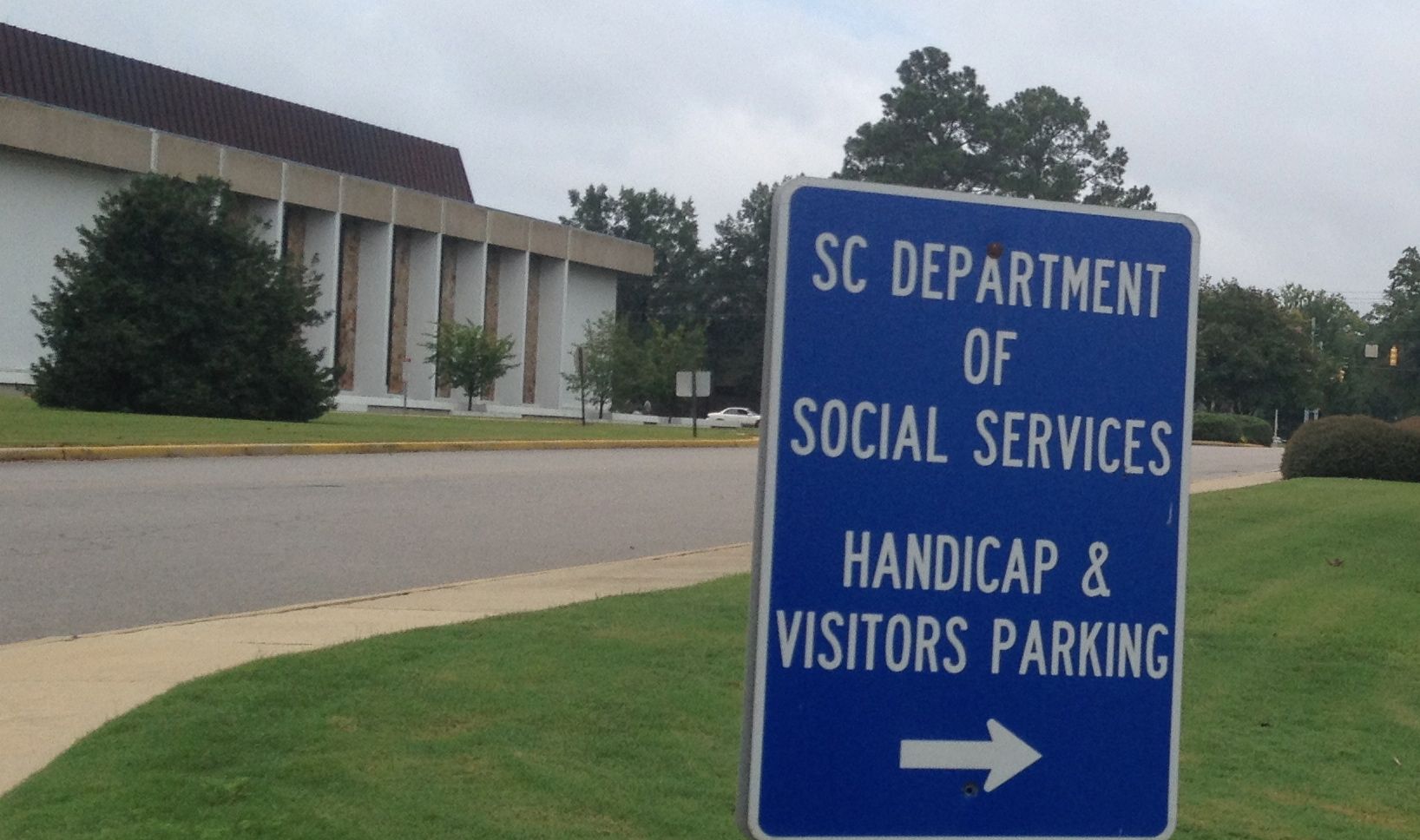 Months after this website began exposing a pattern of data manipulation at the S.C. Department of Social Services (SCDSS), state lawmakers FINALLY got  around to requesting an audit of the agency.

According to The (Charleston, S.C.) Post and Courier, a group of lawmakers has asked the S.C. Legislative Audit Council (SCLAC) to conduct a comprehensive review of the agency – which hasn’t been audited in six years.  While the probe – spearheaded by S.C. Rep. Jenny Horne (RINO-Charleston) – was prompted by problems with the agency’s child protection services, we hope that the agency’s so-called “welfare-to-work” program as well as its food stamp data will also receive some much-needed scrutiny.

SCDSS director Lillian Koller has been at the center of several scandals since she was appointed by Nikki Haley to run this agency.  Meanwhile deputy director Isabel Blanco was recently suspended from her post for an undisclosed incident involving a subordinate.

There are so many “Lillian McBrides” in this department, no auditor will ever be able to find anything, much less come up with an honest reflection of what has been going on over there for the past 20 years. And yes, behind every “Lillian McBride,” you’re going to find a “Darryl Jackson.”

The Myrtle Beach Sun News had a story a couple of months ago about DSS in Georgetown and Horry Counties giving scads of dough to some outfit called Helping Hands; the whole deal was a scam and a sloppy one at that. Had to have been an inside job. Huge payments for bogus “services” with no verification required. Somebody got arrested, but nobody from DSS has been hassled, and the story dropped off the face of the earth. What up wid dat?

You are thick as a brick. I have told you before that Nikki’s Department of Health and Human Services is the MEDICAID agency that licensed that bunch of thieves and paid them millions. DSS and local school districts just made the referrals to the “licensed” counselors…maybe they thought if the MEDICAID agency licensed them they were legit.

This is a real simple situation. I don’t know how you have the problems with it that you do…unless you’ve got a bone to pick with that Georgetown DSS Director you have mentioned before.

hhuhh, you ignorant cunt. The invoices went to DSS which is the agency that paid them. I realize that Nicki is an immoral, unethical thief and general fuck-up, but why are you defending DSS? The only dog I have in the fight is my tax money that these people are stealing. Maybe you’re G’town DSS head Sylvia Mitchum or her disgraced lawyer brother Kenny Mitchum.

Lance, the person who addressed you was a little rude but still right. DSS entered those contracts on the faith that DHHS had vetted Helping Hands. The mental health community here in Horry County is so overrun that when a new player came on the scene, it was a welcome relief. If Helping Hands had continued to do their paperwork correctly and passing audits, DSS would have still been taking advantage of their “services”. DSS was a victim in that circumstance. Say for example someone refers you to a “doctor” that knows all the right questions to ask and knows how to file your insurance correctly. Later you find out this person isn’t a doctor. Do we blame you for falling for their ruse even though he had all the right documentation? Or do we blame the people that told everybody this guy was checked out and he really is a doctor?

I am attempting to lure my moles out of hiding. As of lately, they have been extremely nervous about showing their noses. But I am sure that very soon one or two of them may “squeak up”.

Place has always been a mess. no surprise here. Expected it would come sooner or later.

Well, lets’s just hope that Perry Simpson at LAC does a better job than he did the last time around when he was so impressed with the then Director’s willingness to cooperate.

DSS has been a carbuncle on Mother Carolina’s ass since it was created.

It has been the employment dumping ground for politicians’ bastard children, politicians’ kids who were socially promoted out of college and a plethora of relatives of appointed and elected officials.

Recent events at DOR and DEW are challenging DSS as the State’s Chief Cornucopia of Incompetence, Stupidity, Arrogance and Inhumanity. However, unlike DOR and DEW, consequences at DSS can result in the life long disability or even death of children.

Every 10 years or so the inbreeding becomes so prevalent that the carbuncle has to be lanced.

In cases of extreme pus accumulation, the Director may be removed and some low level staff moved around.

However within months the scar tissue will heal, the pus will start to build up until another politician picks up the Help the Helpless Banner to start the process all over again.

Hopefully the persons conducting the audit are not former DSS employees as had been the case previously by LAC.

Will, haven’t you heard? Isabitch Blancaho is back, dude. She’s guilty as sin, was cleared by the director. Interesting, since the evidence said otherwise. Rumor has it that she could have avoided the LAC audit if she had fired that cancer. She didn’t and she will pay. Blancaho hasn’t changed a bit. Still screamin’, thrown’ fits, abusing employees. Back to business as usual. Until the LAC ensures her ass is run out of the state.

I hear the last LAC audit was fair and square, with that director owning up to the issues and honestly trying to fix them. Koller has no idea that Blancaho is killing babies in order to make the number read right. That will be the difference in these 2 audits – DSS wasn’t intentionally endangering kids before now.

Isabel Blanco thinks she can do in SC what she did in Ga: fire long-time employees WHO ARE TRYING TO HELP KIDS, not return them to drug addicts, like she is telling them to do. She claims “it’s a new day”, they “can’t take being accountable” from the new regime who is “saving SC since they are too stupid to do it themselves”. THIS IS WHAT SHE ACTUALLY SAYS. Are we going to let this lunatic tell us we are stupid? This soulless idiot from the Chicago mafia a la Blago is going to tell SC how to run its biddness? Stand up legislators! Get her before she hurts any more children she gives not one shit about!

The Secret Service has investigated this agency but was stopped by political power.

I heard it was the FBI, but was stopped by the same Democrats that stopped the investigations of Knotts and Toal.

Wonder how many dollars have been funneled to the Original Six Foundation, which by the way, has a land line based in Bamberg?

These guys usually just shuffle paper. You’d need field work with people that know the programs and computer programmers to do a righteous, program by program audit. The computer programmers would have to pull the data as they will get what DSS will give them otherwise. It would take them months to figure out the data structure. Don’t look for much out of this.

dependable dss “reviewers” can do and will do an outstanding job at reviewing cases where there are concerns. they wont leave any rock unturned because they know that their job depends on it. no need for outside folks to do the reviews especially if they dont know what they are looking at.

If you read the last audit, nothing has changed. In fact, it has gotten worse. It is all about the reports. If the reports look good, that is all that matters. But if they look at the real work, they will see that the real mess.

Who is this? Jessica’s crazy ass? I mean really? You must think we are all crazy. The DSS reviewers will do their jobs when the Ho can destroy them? You must have lost your mind. The FBI is investigating the Ho for a reason. This is the most pitiful excuse I have ever heard of defending a Ho in all my life.

The DSS suspension of Blanco and the DSS investigation nothing but a joke. If anyone even remotely believes a thorough,un-biased,and competent investigation was conducted by DSS you are crazy. The abuse to DSS employees continues and is not only accepted by the State DSS Director but condoned. DSS staff are being forced to make immoral and unsafe case decisions based on Blanco’s “data” and Blanco’s “numbers”. Their jobs are being threatened. The articles in the newspapers are perfect examples of the damage being done. Blanco’s ego and goal to strengthen her resume are all that matters. Hopefully, she will be gone before the Legislative Audit is completed. Once completed, the rest of her cronies will be next in line to exit. Children, Families, DSS Staff, and the citizens of SC need the Legislatures to take immediate action. Please help.

Isabel Blanco is something else. The person that did the investigation in Columbia was suppose to talk with several people, but she did not. According to policy, immediate termination is in order for what Isabel Blanco did. But who else would they get to drive the state car from Columbia to her hometown of Atlanta.

From what I understand, If you don’t “fix” the reports, you are gone!!