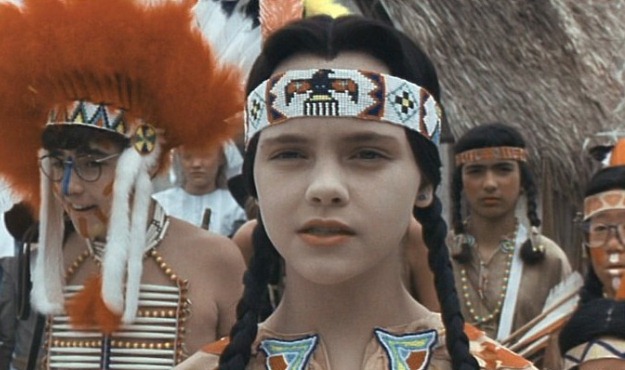 Every Thanksgiving we like to mark the occasion by revisiting camp counselor Gary Granger’s masterpiece “A Turkey Named Brotherhood” (adapted by Wednesday Addams).

As we say every year, “it just wouldn’t be Thanksgiving without it.”

Just as it wouldn’t be Thanksgiving without us saying “Thank You” to you, our loyal readers (awwwwww).

This “play” is actually a famous scene from the 1993 movie Addams Family Values, which starred then-13-year-old actress Christina Ricci.  And if you wanna be really thankful, click here, here and here to see how she grew up.  Also appearing in this clip (as camp counselor Becky Martin-Granger) is Christine Baranski – one of the stars of the hit TV show The Good Wife, which recently featured Ricci in a guest starring role.

Built around one of the best soliloquies in film history, “A Turkey Named Brotherhood” is one of our favorite new holiday classics.

Give A Little Back