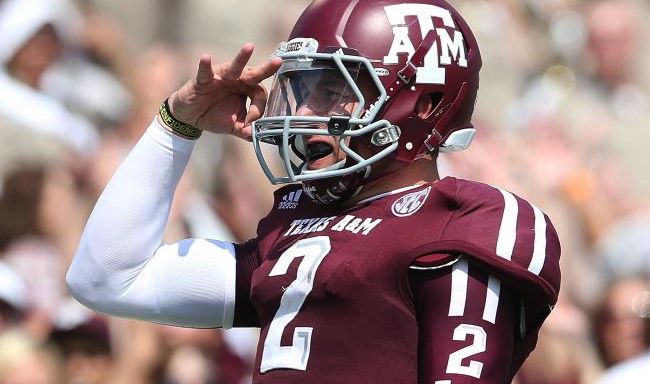 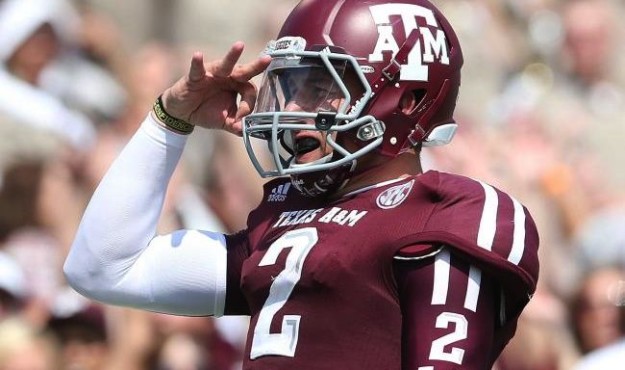 POWERHOUSE CONFERENCE MUST BATTLE TO CONTINUE ITS CHAMPIONSHIP RUN

Johnny Manziel – a.k.a. “Johnny Football” – may have killed the Southeastern Conference’s run of six consecutive national titles.  The Texas A&M redshirt freshman quarterback had the game of his life last weekend against defending national champion Alabama – leading the Aggies to a 29-24 upset of the top-ranked Crimson Tide.

In addition to entering the Heisman Trophy discussion in dramatic fashion, Manziel’s heroics – and a late interception by A&M defensive back Deshazor Everett – knocked Alabama from the top spot in the Bowl Championship Series (BCS) standings.

For the first time since the initial BCS standings in 2010, a team from the all-powerful SEC is not currently ranked among the top two teams in the nation.  And the clock is ticking … with only two weeks remaining in the season (not counting the conference championship games).

Despite its loss, Alabama remains the top SEC team in the rankings – although Nick Saban’s squad is now ranked No. 4 nationally behind Kansas State, Oregon and Notre Dame, all of whom remain undefeated.  Behind Alabama is a veritable logjam of SEC powerhouses – Georgia (No. 5), Florida (No. 6), LSU (No. 7), Texas A&M (No. 8) and South Carolina (No. 9).

Kansas State has games remaining against unranked Baylor and No. 15 Texas.  Oregon on the other hand has a pair of ranked opponents left on its schedule – No. 13 Stanford and No. 16 Oregon State.  Notre Dame?  The Fighting Irish play Wake Forest at home before wrapping up their season on the road against No. 18 Southern Cal.

All three of these undefeated squads have multiple wins over ranked opponents this season – but none of them have beaten an SEC team.  In fact Kansas State and Notre Dame only have one win each against a Top Ten opponent – with both of them knocking off overrated Oklahoma.

And while it’s inconceivable that a one-loss, SEC champion squad wouldn’t leap frog at least one of these “mid-major” conferences in the BCS standings – can they climb two spots?

Whether the SEC has zero, one or two teams in the national championship game – it doesn’t alter the fundamental unfairness of the BCS system.  That’s why this website has consistently lobbied on behalf of scrapping the current system and implementing an eight-game playoff system.

(To read our most recent thoughts on the matter, click here).