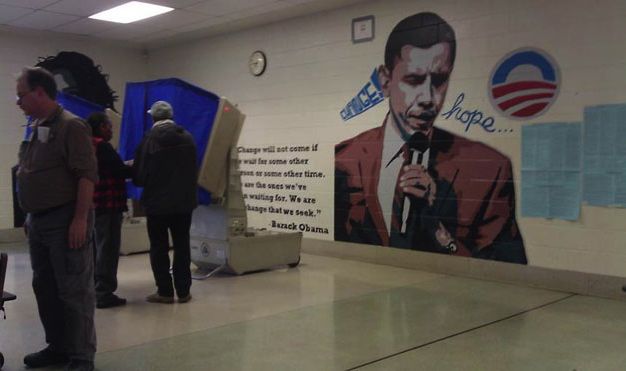 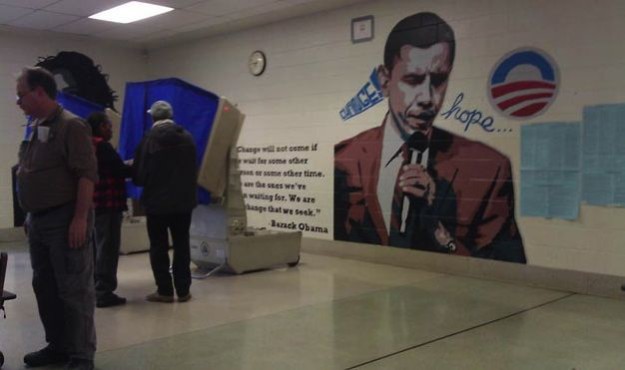 Still not sure who you’re voting for?  If you live in Philadelphia’s Ward 35, expect to encounter a not-so-subtle suggestion en route to the ballot box.

Voters in this precinct were greeted by a mural of U.S. President Barack Obama – complete with “hope” and “change” slogans and an inspirational quote from the Democratic incumbent.  The mural was positioned literally a few feet away from a voting machine – in flagrant violation of state election law.

Not surprisingly, the mural left out any mention of Obama’s record when it comes to black unemployment and black income levels – which would have provided a factual contrast to the “hope” and “change” nonsense.

Not that we think Romney will be any better obviously (hence our endorsement of this guy).

The final two polls from Pennsylvania showed Obama enjoying a three-point lead over “Republican” presidential nominee Mitt Romney – within the margin of error.  That’s a much closer race than Democrats were expecting in the Keystone State – which went for Obama by more than ten points in 2008.