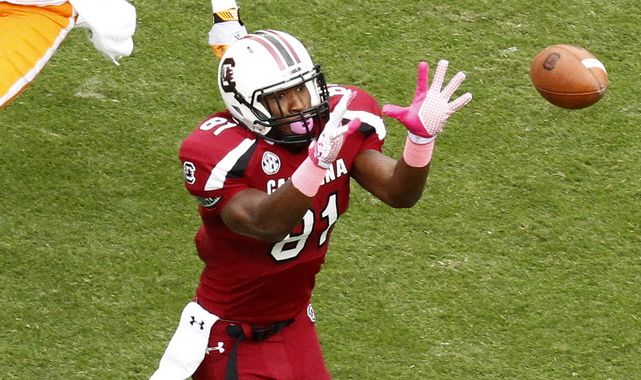 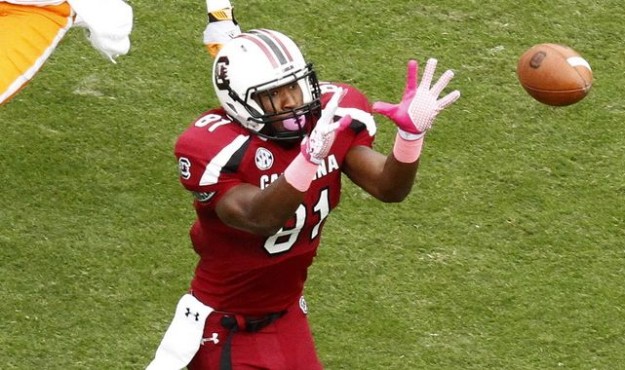 After a one week absence, the University of South Carolina is back in the Top Ten … at least according to the Bowl Championship Series (BCS) standings.

Can the Gamecocks stay there without star running back Marcus Lattimore, who suffered a devastating injury to his right knee during USC’s 38-35 win over the Tennessee Volunteers?  That remains to be seen … although South Carolina did win five of its final six games a year ago after Lattimore suffered a season-ending injury to his left knee.

Despite a shaky performance against a team that hasn’t won a single conference game this season, head coach Steve Spurrier’s Gamecocks (7-2, 5-2 SEC) climbed from No. 13 to No. 8 in the BCS.  How’d they pull that off?   Well for starters four teams ahead of them in the rankings – No. 7 Oregon State, No. 8 Oklahoma, No. 9 Southern Cal and No. 11 Mississippi State – all got beat.

South Carolina is ranked No. 11 according to both the Associated Press and USA Today/ Coaches’ polls.

As has been the case all season, the Southeastern Conference continues to dominate the rankings with five teams in the Top Ten – No. 1 Alabama, No. 5 LSU, No. 6 Georgia, No. 7 Florida and No. 8 South Carolina.  However with Florida’s loss to Georgia, Alabama is now the SEC’s only undefeated team – which means for the first time this season a non-SEC team, Kansas State, is currently in the No. 2 spot in the BCS.

The Wildcats – who have blown out a pair of Top 15 opponents in each of the last two weeks – have a pair of games remaining against ranked opponents (No. 24 Oklahoma State on Nov. 3 and No. 23 Texas on Dec. 1).