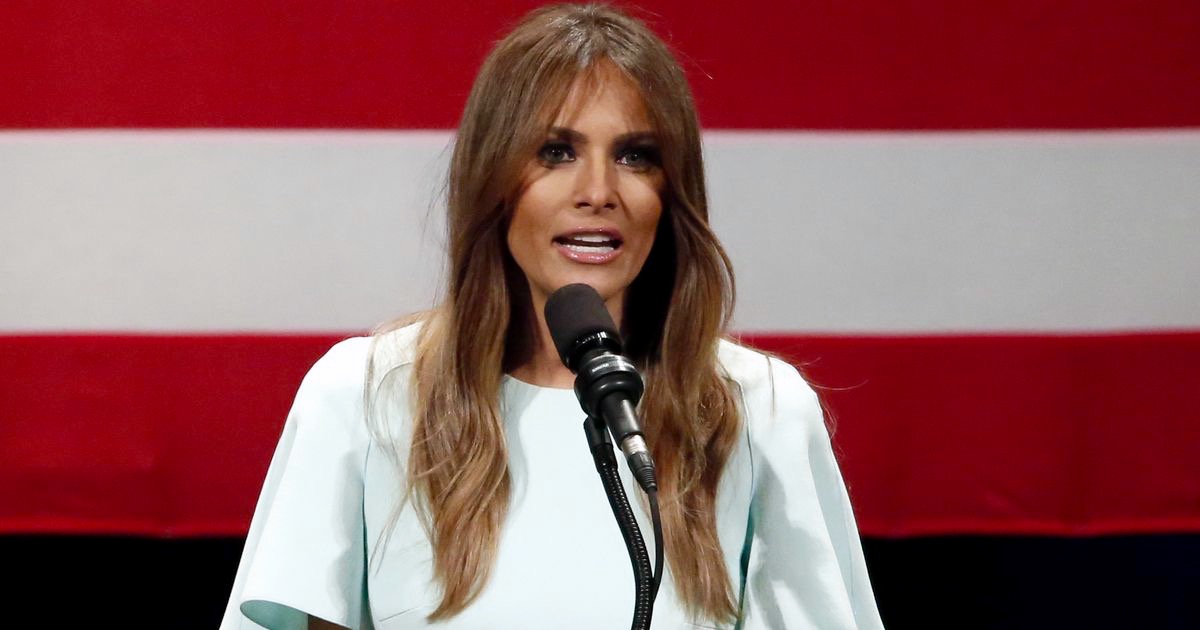 America’s introduction to Melania Trump as its aspiring first lady was torpedoed by an embarrassing plagiarism scandal.

The 46-year-old Slovenian model – and third wife of GOP presidential nominee Donald Trump – was humiliated on the national stage when it was revealed that sections of her speech to the “Republican” national convention were lifted word-for-word from a speech current U.S. first lady Michelle Obama gave eight years ago.

From a young age, my parents impressed on me the values that you work hard for what you want in life, that your word is your bond and you do what you say and keep your promise, that you treat people with respect. They taught and showed me values and morals in their daily lives. That is a lesson that I continue to pass along to our son.

And we need to pass those lessons on to the many generations to follow. Because we want our children in this nation to know that the only limit to your achievements is the strength of your dreams and your willingness to work for them.

Now, here is an excerpt from the speech Obama gave in August of 2008 …

And Barack and I were raised with so many of the same values: that you work hard for what you want in life; that your word is your bond and you do what you say you’re going to do; that you treat people with dignity and respect, even if you don’t know them, and even if you don’t agree with them.

And Barack and I set out to build lives guided by these values, and to pass them on to the next generation. Because we want our children — and all children in this nation — to know that the only limit to the height of your achievements is the reach of your dreams and your willingness to work for them.

Compounding the problem, Trump’s campaign leaders did themselves absolutely no favors in responding to the scandal – insisting the speech was not plagiarized.

“There’s no cribbing of Michelle Obama’s speech. These were common words and values. She cares about her family,” Trump’s campaign chairman Paul Manafort told CNN. “To think that she’d be cribbing Michelle Obama’s words is crazy.”

“In writing her beautiful speech, Melania’s team of writers took notes on her life’s inspirations, and in some instances included fragments that reflected her own thinking,” Miller said.  “Melania’s immigrant experience and love for America shone through in her speech, which made it such a success.”

Wait … what?  The speech included “fragments that reflected her own thinking?”

What the hell kind of statement is that?

That Melania Trump’s speech plagiarized Michelle Obama’s 2008 offering is painfully self-evident.  That the speechwriters did so deliberately – with malicious intent – also seems blatantly obvious at this point.   And that Trump’s new communications shop butchered the ensuing controversy is crystal clear.

The real question: How did this happen?

According to the operative – who ran a pro-Trump political organization prior to the “First in the South” presidential primary – many of the “new hands” ushered aboard the Trump Train in recent weeks are not loyal to their new employer.  Their allegiances remain with U.S. Senator Ted Cruz of Texas – the second-place GOP finisher who bitterly denounced Trump when he dropped out of the presidential race back in May.

“I told you ‘Never Trump’ would infiltrate his campaign’s most inner sanctum,” the aide told us late Monday.  “And they clearly succeeded.  Knowingly plagiarizing Michelle Obama’s speech?  Wow.”

According to the aide, Miller is one of several establishment “Republican” operatives loyal to Cruz who are working hard to sabotage Trump’s campaign from within – “like ISIS infiltrating the refugee population.”

In fact, the aide suggested the national humiliation of Melania Trump was payback for controversial comments Donald Trump made about Cruz’s wife, Heidi Cruz.

“Everyone in his communications shop is now former Cruz supporters,” the aide continued.  “Miller hired all of them.”

Miller’s hiring was announced by the Trump campaign in late June – part of the shakeup that followed the ouster of former campaign manager Corey Lewandowski.  The moves were intended to promote unity within the GOP and better position Trump for his general election campaign against Hillary Clinton.

The “Republican” establishment has made it clear over the past decade that it simply cannot be trusted – with our tax dollars, our economy, our national security, our borders, etc.

Why would Trump trust these people with his presidential campaign?

Clearly he shouldn’t have …