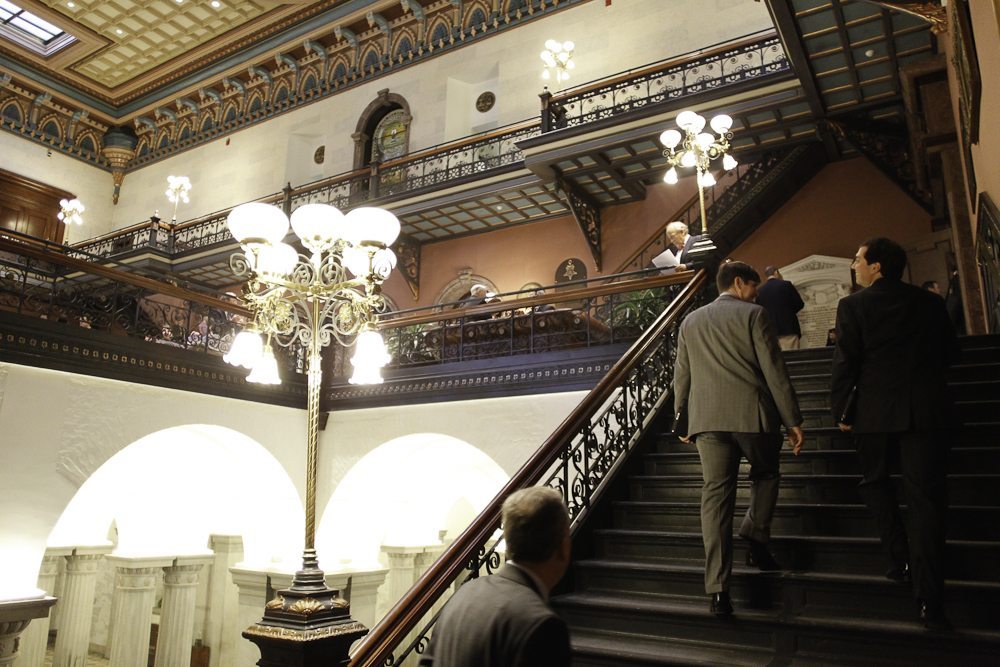 By FITSNEWS  ||  Government efforts to disrupt the sale of the privately owned Charleston School of Law continued this week when ten Lowcountry lawmakers voted to support a so-called “non-profit” alternative to the school’s pending sale to InfiLaw – a firm which operates three other law schools around the country.

This “non-profit” – organized by Ed Westbrook, a minority owner of the law school who is intent on disrupting its sale – is widely viewed as a “paper tiger” intended to pave the way for a proposed government takeover of the school.

That takeover would pick up momentum if the CSOL-InfiLaw sale remains in limbo before the S.C. Commission on Higher Education (CHE) – a state bureaucracy that has yet to issue a license to the new owner.

CHE staff have recommended granting this license, while an American Bar Association (ABA) panel ruled last month in favor of the proposed sale from an accreditation standpoint.  The next step would be for the CHE to rule on a license application, although Westbrook has done his best to gum up that process.

In fact Westbrook is now telling lawmakers his “non-profit” idea is necessary because InfiLaw has “failed to gain approval.”

Well yeah … thanks to his self-serving meddling.

During his presentation to lawmakers, Westbrook repeatedly stated his entity “will not seek and does not want any state funding.”

“Let me repeat that because there’s been a lot of misinformation: The non-profit does not want and will not seek any state funding,” he said.

Of course when the question turned to how the entity was going to come up with the estimated $15 million (at minimum) CSOL needs to keep its doors open – Westbrook offered nothing but smoke and mirrors.

“I’m willing to commit my funds to operate the law school,” he said, but offered no specifics.

Westbrook later claimed the school’s alumni had committed $1 million to the proposed “non-profit” and its faculty had pledged another $1 million (professors have that kind of money laying around?) – but he voiced no documentation for these claims.

And yes … assuming he’s telling the truth, that’s clearly nowhere near the level of investment needed to keep the school running.

Amazingly, ten of the 22 members of the Charleston legislative delegation voted to embrace this nonsense.  Not only that, a so-called “free market” supporter – S.C. Sen. Larry Grooms – made the motion to endorse Westbrook’s proposal.

Sadly this isn’t the first time Grooms has pulled a stunt like this.  He sold out taxpayers on a critical measure related to the unnecessary Interstate 526 project last year – and now he’s helping pave the way for a possible government takeover of a private law school.

Thankfully, not all lawmakers went along with the charade.

S.C. Sen. Paul Thurmond – one of a handful of legislators who abstained from voting on Grooms’ motion – said it was inappropriate for lawmakers to vote on the matter before it was first heard by the CHE.  Among those joining Thurmond?  S.C. Sen. Marlon Kimpson and State Rep. Seth Whipper.

Earlier this year, a bipartisan group of lawmakers led by S.C. Rep. Eric Bedingfield and House minority leader Todd Rutherford urged the state to butt out of the deal.  We agree … as we’ve said repeatedly, government has no business blocking this private transaction.