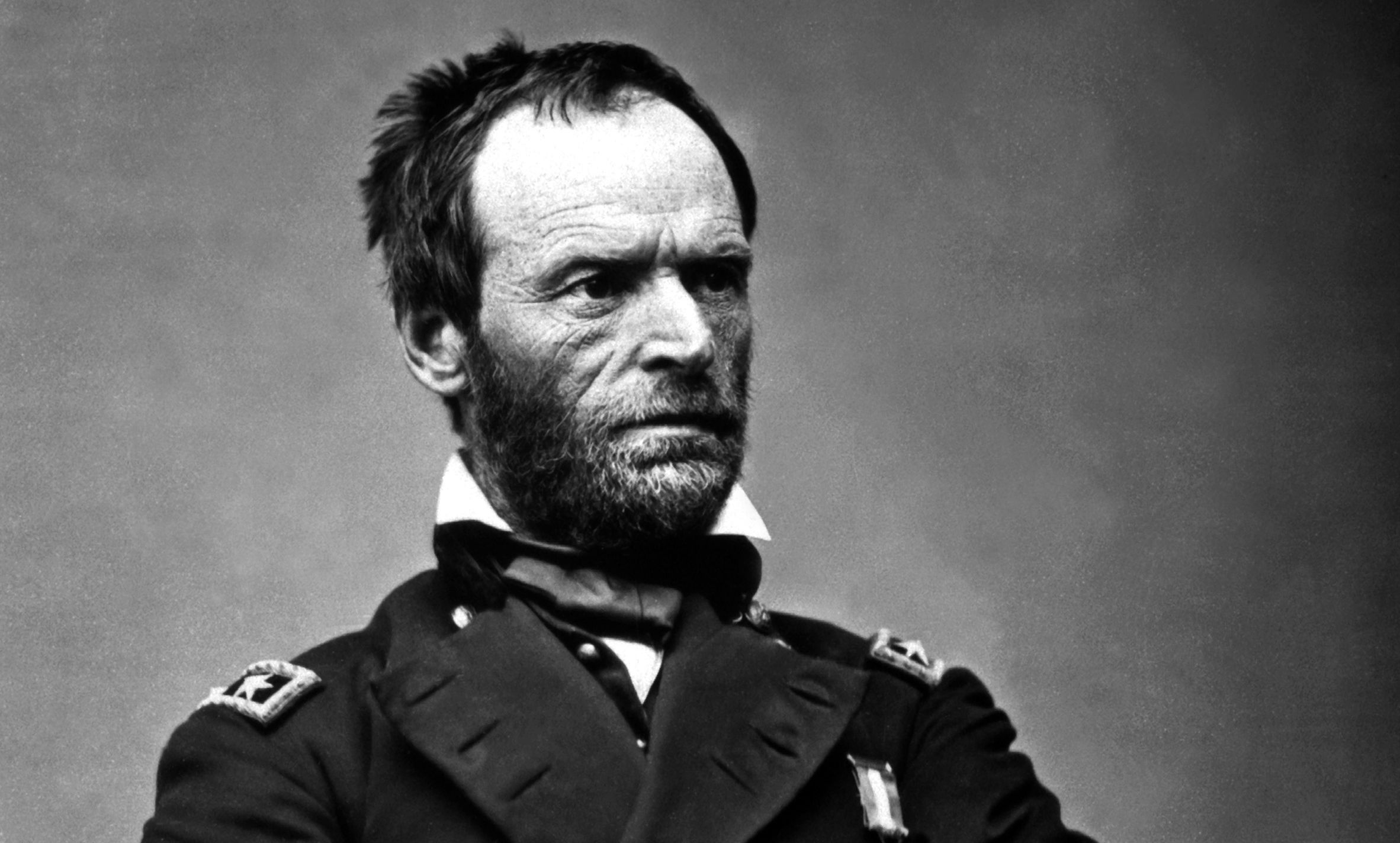 By FITSNEWS || There’s a great story up on the website of author J. Mark Powell (a.k.a. the spokesman for S.C. Attorney General Alan Wilson) exploring the controversy raging over a new historical marker erected in Atlanta, Georgia.

The controversial new marker pays homage to U.S. army general William Tecumseh Sherman and specifically his “March to the Sea” – six brutal weeks in late 1864 during which more than 60,000 U.S. troops laid waste to broad swaths of Georgia.  From November 15 to December 21, 1864, Sherman’s army cut a path of destruction from Atlanta to Savannah – three hundred miles of scorched earth that stretched sixty miles wide.

By this time the War Between the States was effectively over, with Sherman’s march intended to humble the rebellious Southern states as opposed to achieving any military objective against an enemy force.

And humble them he did – doing an estimated $1.5 billion worth of damage (in today’s dollars), most of it to civilian property.

“War is the remedy that our enemies have chosen, and I say let us give them all they want,” Sherman famously said of his scorched earth tactics.

“We are not only fighting armies, but a hostile people, and must make old and young, rich and poor, feel the hard hand of war, as well as their organized armies,” Sherman added in a letter to fellow U.S. general Henry W. Halleck at the conclusion of his march. “I know that this recent movement of mine through Georgia has had a wonderful effect in this respect. Thousands who had been deceived by their lying papers into the belief that we were being whipped all the time, realized the truth, and have no appetite for a repetition of the same experience.”

On November 15, 1864, during the Civil War, U.S. forces under William T. Sherman set out from Atlanta on the March to the Sea, a military campaign designed to destroy the Confederacy’s ability to wage war and break the will of its people to resist.

Okay … we’ve got no problem with that sentence.  As Powell says, “most historians agree on that.”

“But then the text veers into historical revisionism,” Powell says, referring to the inclusion of an “explosive line.”

At this point Powell introduces his readers to some primary source material which expressly contradicts this marker – and confirms the “popular myth.”

“I have in my personal collection a letter by Jonathan Messenger, a young Massachusetts soldier, written from Savannah on January 21, 1865,” Powell writes.  “Listen to what he told his family about his experience on the March just a few weeks earlier.”

Here’s a picture of Messenger’s letter … 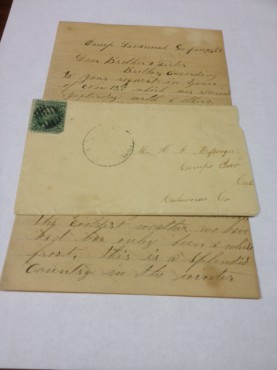 We left Atlanta on the 16th of Nov. had a very pleasant march, it being such nice weather … We distroid every thing, burnt the houses, Barns, Cotton and corn and killed all the hogs, chickens and turkeys to eat and drove off all the cattle mules and horses so there is not much left. Now we want to go through South Carolina and do a little worse there.

“One dictionary describes myth as ‘an invented story, idea, or concept,'” he writes.  “Under this rationale, Southerners at least exaggerated the destruction of private property, and at worst completely fabricated it, just to make Sherman (and through him the North itself) look bad. Casually dismissing widespread wanton destruction of private property with the line ‘contrary to popular myth’ is like blaming the victim of a crime to divert attention from the criminal. And it borders on the same rationale used by people who deny the Holocaust happened.”

This website has stoked controversy in the past by suggesting that Sherman’s Army may not have been entirely responsible for the destruction of Columbia, S.C. in February of 1865, part of the “little worse” in Messenger’s note.

But whoever burned Columbia, there’s no denying the fact that Sherman – in his marches through Georgia and South Carolina – waged “total war” on the people of these states in an effort to destroy not only their will to fight, but also their ability to make a living.

Anyway, props to Powell for not only rebuking this attempt to rewrite history – but for sharing evidence in his possession that speaks to the inaccuracy of the would-be “revisionists.”

The United States Of “Frozen”