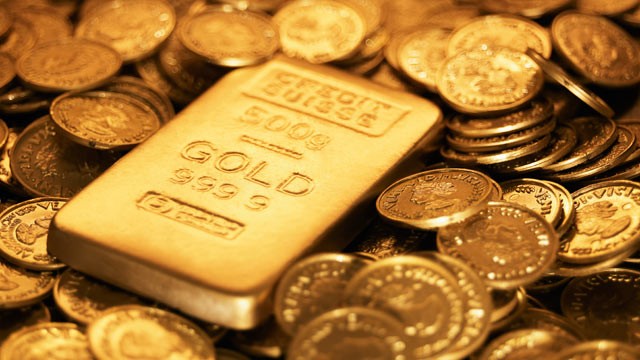 By FITSNEWS || A gold mine touted by S.C. Gov. Nikki Haley‘s administration as the source of $373 million in capital investment and 270 new jobs is being challenged by environmentalists.

The Sierra Club said this week it will challenge the construction of the Haile Gold Mine in Lancaster County, S.C. – a project which has previously received approval from the U.S. Army Corps of Engineers.

Canadian-based Romarco Minerals – which owns the Haile Gold Mine – selected the Lancaster site in 2007 and began purchasing land.  It currently owns 12,000 acres around the site – which has been operated off and on for the last 190 years.

According to GoldPrice.org, an ounce of gold is currently valued at $1,192 – meaning billions of dollars are potentially at stake.

Haley and her administration are “all in” on behalf of the mine owners.  Of course so are many Democratic politicians, including her opponent in the 2014 gubernatorial election – S.C. Sen. Vincent Sheheen.

“It’s no secret that South Carolina is blessed with natural resources, and Romarco Minerals’ decision to expand their operations at the old Haile Gold Mine is an example of the positive impact those resources can have on our economy,” Haley said earlier this month.

Romarco previously claimed that reopening the gold mine would create anywhere from 700 to 800 jobs – although it later acknowledged many of them would be temporary positions.  Even before the permit challenge, though, it was unclear exactly when the company would begin hiring.

According to the S.C. Department of Commerce, Romarco “is hopeful that hiring will begin prior to year-end 2014, but it will be dependent on market conditions.”

Haley’s administration – as FITS readers are well aware – doesn’t have the best track record when it comes to its “economic development” promises.  On numerous occasions, projects have failed to come anywhere close to the projected hiring totals – or been abandoned altogether.

Environmentalists don’t care how many jobs the gold mine is expected to create – they’re concerned with the project’s environmental impact.

“History teaches us these kinds of operations never function exactly as planned, especially long into the future; abandoned mines need perpetual maintenance,” local Sierra Club leader Susan Corbett said. “The lack of adequate clean up and monitoring funds has left S.C. taxpayers holding the bag for millions, if not billions of dollars on a variety of fronts, including other mines and landfill sites. Are we ever going to learn from these experiences? It’s better to err on the side of caution, and put more money aside, than expect future taxpayers, who never benefited from these operations, to pay to clean up the mess left by failed reclamation models or unplanned events that sabotage the plan.”

According to Corbett, the mine “will create pits as deep as 840 feet over 2400 acres of disturbed land and streams, and produce huge quantities of acid generating waste, requiring monitoring and management for hundreds of years.”

That’s why her organization is challenging a permit issued by staff at the S.C. Department of Health and Environmental Control (SCDHEC).

The agency initially sought $80 million to cover any environmental damage associated with the mine.  Company officials refused to pay that amount, later agreeing to a $60 million “financial assurance requirement.”  The Sierra Club believes the company should be made to pay anywhere from $100 to $500 million.

They are also challenging some of the financial assumptions associated with the SCDHEC deal – notably the amount required to be provided in cash.

“We should stop selling our state so cheaply,” Corbett said. “If we allow toxic industries to come here and do business, they should be made to guarantee upfront, through untouchable and sufficient funds, that future taxpayers won’t have to pay for their toxic legacy. We’ve allowed too much of that in our state already.”