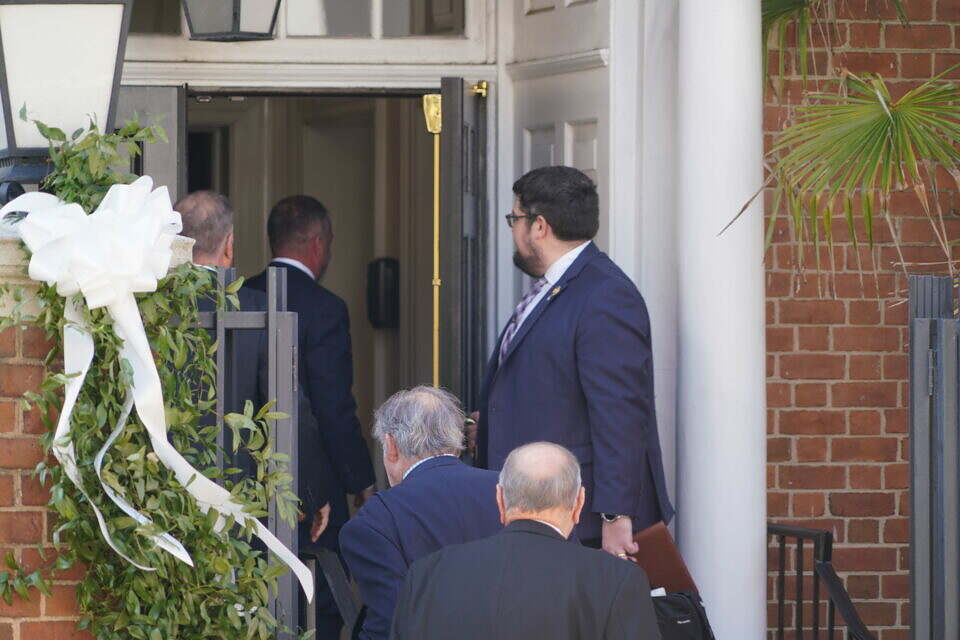 South Carolina’s “Republican” supermajority came apart at the seams on the first day of the new legislative session – with conservative GOP lawmakers refusing to sign a so-called “loyalty oath” pushed by more moderate leaders in the S.C. House of Representatives.

The standoff between these two factions – which I previewed in this post earlier this week – reached a climax during a contentious meeting of the S.C. House GOP Caucus on Tuesday afternoon. That gathering was held at the upscale Palmetto Club in downtown Columbia, S.C.

“It was a wonderful and harmonious meeting,” state representative Bill Taylor told me upon leaving the club, his tongue firmly implanted in his cheek.

No other lawmaker would comment on what transpired behind the club’s closed doors.

“Unfortunately due to a confidentiality rule … I can’t tell you,” state representative Adam Morgan told me. “Wish I could – would love for people to know.”

Morgan is one of nearly twenty lawmakers challenging the oath – which is being pushed by House leaders Davey Hiott of Pickens County and Tommy Pope of York County.

Morgan and his allies are reportedly concerned about a section of the amended caucus rules which would forbid them from endorsing or campaigning on behalf of anyone challenging a GOP incumbent in next spring’s primary elections.

“No member of the Caucus shall engage in campaign activities of any kind against any other Caucus member in good standing,” the oath commands.

According to my sources, the term “campaign activities” is being liberally defined by House leaders. Specifically, this section would include a prohibition against members posting images of the House’s electronic voting board on their social media pages – and would prevent them from discussing the “internal processes” behind House votes during public appearances.

“Basically it’s an incumbent protection ultimatum – accompanied by a muzzle,” I noted earlier this week.

While state lawmakers weren’t talking about what happened at the meeting, one former federal elected official didn’t hesitate to share his thoughts on the situation.

“I would rather SCGOP leadership take a loyalty oath to advancing conservative values like education choice, simplified and lower taxes, health care competition … and more energy competition,” Demint tweeted. “Instead of threatening the S.C. Freedom Caucus, our state’s Republican leadership should be following their lead.”

GOP rule has not resulted in the adoption of fiscally conservative policies in South Carolina. If anything, the opposite has been the case – one reason the SCGOP-controlled General Assembly has ranked as the most liberal “Republican-controlled” state legislature in America three years running.

How will this standoff end? Count on this news outlet to provide our audience with another update on the oath drama later this week …

As long as Democrats are permitted to vote in GOP primaries the RINO will invariably advance to the general election. Please use whatever influence you have to convert South Carolina to a closed primary state. Dum spiro spero.

Well GEEZ, whats to stop a Republican voting in A Democratic primary ?