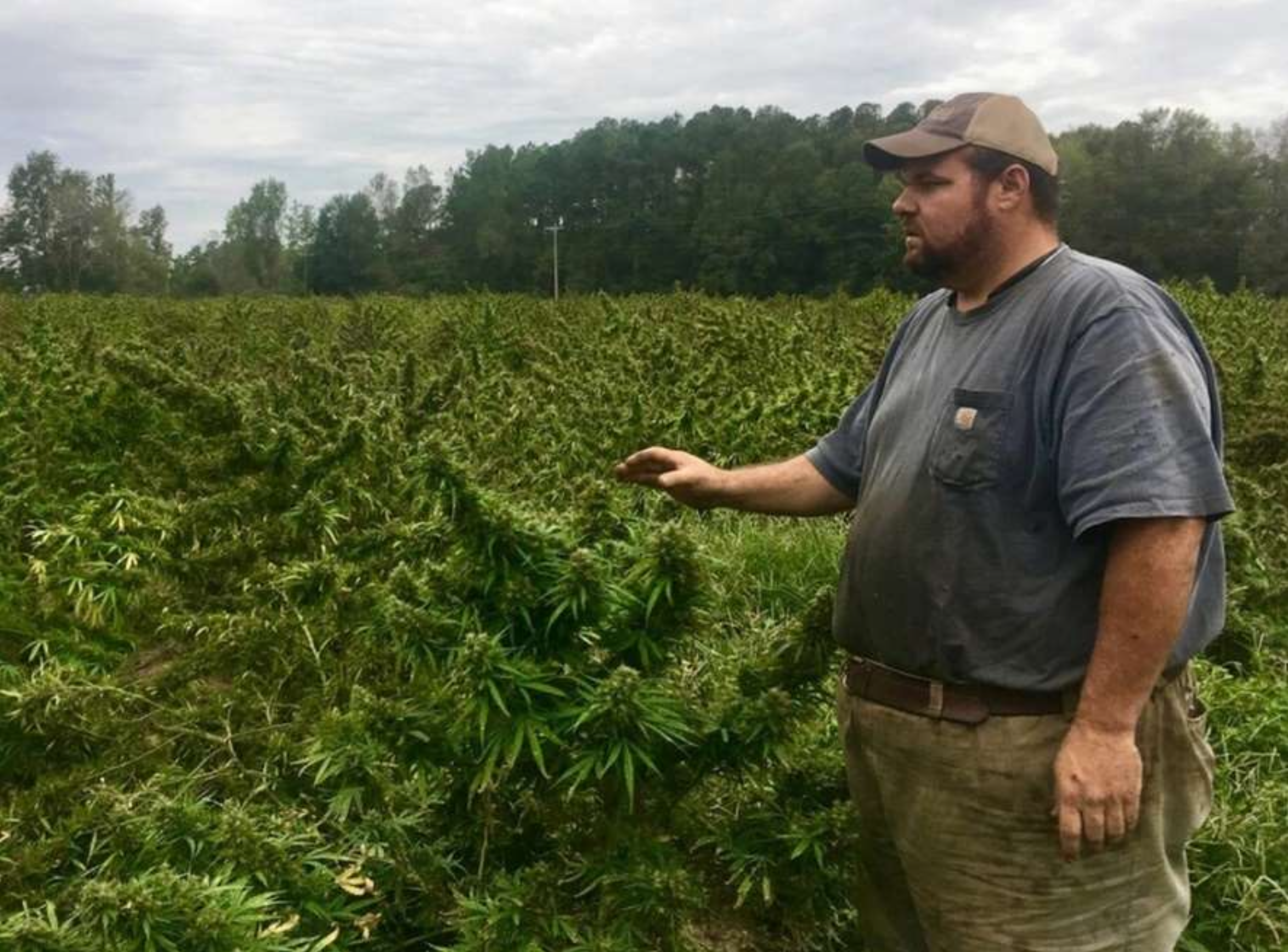 This news outlet has covered the legalization of the hemp farming in South Carolina, and the associated legal headaches, for years.

For those unfamiliar – hemp is a crop that’s easy to plant, requires little water, is good for soil health and provides an above-average profit to farmers. Hemp can be processed into rope, textiles, clothing, shoes, food, paper and even more advanced industrial products like bioplastics, insulation and biofuel.

There’s one drawback – it’s remarkably similar to marijuana – an untrained individual wouldn’t be able to visually differentiate the two plants. The invisible difference is that hemp contains .3 percent or less of tetrahydrocannabinol, the chemical compound in marijuana responsible for getting users high. To be clear – you cannot get high from smoking hemp.

But this unfortunate similarity means farmers who’d like to capitalize on a hearty and commercially viable crop have for years found themselves encumbered by the “Just Say No” crowd.

Following federal decriminalization of hemp farming in 2014, a majority of states legally delineated hemp and marijuana. States like North Carolina and Kentucky put in place legislation to spur the development of profitable hemp industries.

Contrast that to South Carolina, which implemented an anemic two-year trial program, only allowing twenty farmers a combined 200 acres to cultivate the crop at a time when Kentuckians cultivated an estimated 12,800 acres.


Following this toe-dip, control of hemp farming in the Palmetto State was passed to the S.C. Department of Agriculture (SCDA). How’d that go? About as well everything else state government involves itself in.

In 2019, this news outlet reported on the arrest of 38-year-old John Trenton Pendarvis of Harleyville, S.C. Pendarvis was charged with “unlawfully cultivating hemp” – the first charge of its kind in the state. On top of arresting Pendarvis, a fifth-generation farmer, agents of the S.C. State Law Enforcement Division (SLED) mowed down ten acres of hemp valued at more than $12 million.

The legality of this arrest and destruction was contested from the moment Pendarvis was cuffed. A series of suits filed by Pendarvis have illuminated internal communications between between officials at SCDA, SLED and the South Carolina attorney general’s office (SCAG) – allowing for a more informed analysis of the situation than was possible in the immediate aftermath of the arrest.

Pendarvis, a licensed hemp farmer, was arrested after he planted in an un-permitted field when weather precluded him from growing in the location he originally noted on his SCDA form.

Below is an email Pendarvis sent to SCDA assistant commissioner Derek Underwood upon learning he had planted a field not listed on his original application.

Was Pendarvis intentionally growing on land he wasn’t permitted to grow on? Or was this an honest mistake? SCDA believed the former, and referred the matter to SLED to criminally investigate.

Things quickly got legally complicated. SLED Major Frank O’Neal told SCDA officials “we are having difficulty in what to address with so many gray areas concerning enforcement … we are having to get AG opinions along the way and the last thing we want to do is an action that will be perceived in a negative light by the media or general assembly.”

The attorney general’s office issued an opinion on August 8th informing the law enforcement agency that “in the absence of legislative direction, SLED should seek judicial authorization for the seizure of illegally-grown hemp in order to ensure that the grower receives due process consistent with the Constitutions of the United States and the State of South Carolina.”

“We advise that the prudent course of action would be to provide that opportunity in a hearing,” the opinion added.

The judge declined to sign the order ex parte, but offered to give SLED a hearing in open court.

Instead, on the morning of September 19, 2019, SLED obtained an arrest warrant from Dorchester County Magistrate Ryan D. Templeton.

That same morning, SLED reached back out to the attorney general’s office with lab reports indicating two of the six samples found on Pendarvis’ field were above the .3 percent legally allowable THC threshold – and asked the office to issue a new legal opinion.

With a warrant and revised opinion in hand – and lawnmower in tow – a gaggle of SLED agents proceeded to Pendarvis’ farm.

Pendarvis was cuffed and his fields were leveled, but not before at least one Palmetto State bureaucrat got the chance to take selfies straight out of his DEA dreams.

Clearly, a lot of work went into orchestrating this bust … but what came next?

FITSNews submitted a FOIA request to the office of S.C. first circuit solicitor David Pascoe regarding this case, and obtained a copy of a dismissal letter that his office produced. This letter cited the state’s inability “to point to a single benefit the defendant would enjoy by circumventing the acreage amendment application.”

Given the nominal fee licensed growers pay to process the paperwork, this failure to provide accurate GPS data indicated a “lack of intent to violate the act.” Prosecutors concluded it was “likely” that his actions were “simply a mistake.”

Cleared of charges, Pendarvis went on the offensive – filing suit against officials responsible for the destruction in Dorchester County in 2021 and in federal court in September 2022.

Pendarvis’ suits target individual SCDA, SLED, and SCAG employees – including secretarial and communication employees. If successful, this could impact the issuance of attorney general advisory opinions, which aren’t legally binding – but provide guidance to government agencies.

Attorney general spokesman Robert Kittle, who is personally named in the federal lawsuit, commented on behalf of the office telling FITSNews the “same procedure is used when any state agency makes an opinion request.”

Pendarvis signed documentation (below) indicating that the state could legally destroy his crops should they be found to contain extra-legal levels of THC. FITSNews has issued a FOIA request to SLED for these documents – and will update this piece should they be provided to this news outlet. These documents could have serious ramifications on both of Pendarvis’ lawsuits.


Regardless of how these disputes are resolved in civil court, SLED did a terrific job of shooting itself in the foot in this incident.

SLED chief Mark Keel has been a vocal opponent to the legalization of marijuana throughout his career.

“I have spent 43 years in law enforcement standing up for those who can’t stand for themselves,” Keel told the leadership of the state’s behavioral health services association in a 2021 letter. “This is why I have consistently voiced my concerns about legalizing marijuana in any form.”

Meanwhile, O’Neal – head of narcotics, alcohol, and vice services – “regularly speaks and educates civic and community groups on the dangers of marijuana legalization and the collateral damage it causes our country” according to a presenter biography from a speaking event the major recently attended.

Keel and O’Neal are free to hold and publicly express these opinions considering their boss, S.C. governor Henry McMaster, publicly opposes the legalization of recreational marijuana.

That would also imply that Keel is free to continue aggressively lobbying against medical marijuana legislation before the S.C. General Assembly.

In the Pendarvis case, though, chief Keel and his agents did more than just that. They flexed their powers to the limits of legality – seemingly shopping for judges to justify the destruction Pendarvis’ crop, and withholding pertinent information about their intentions to secure an arrest warrant.

And for what? To keep the people of South Carolina safe from Trent Pendarvis’ hemp fields?

Does any working South Carolinian, the people whose taxes pay the salaries state employees, really care if a farmer mistakenly (to use the word chosen by the prosecutor who dropped criminal charges) planted his crop in the wrong field?

Are they made any safer by the destruction of this field of (non-psychoactive) plants?

Mr. Pendarvis’ family runs a produce stand and opens their corn maze every fall. Pendarvis is a contributor to his community and to our state’s economy. He is a multi-generational farmer. There is no evidence he is a drug kingpin.

Prior to the bust, O’Neal wrote in his email to SCDA officials that “the last thing we want to do is an action that will be perceived in a negative light by the media or the general assembly.”

If that was his goal, O’Neal has certainly failed to acquit himself or his agency well in the opinion of many members of the South Carolina press corps. Hopefully members of the General Assembly will take this incident into account the next time SLED’s lobbyists pressure lawmakers for continued support of their failing war on marijuana.

Both the federal and civil lawsuits are in or approaching the discovery process. Count on FITSNews to continue to report on these cases as they move through the legal system.