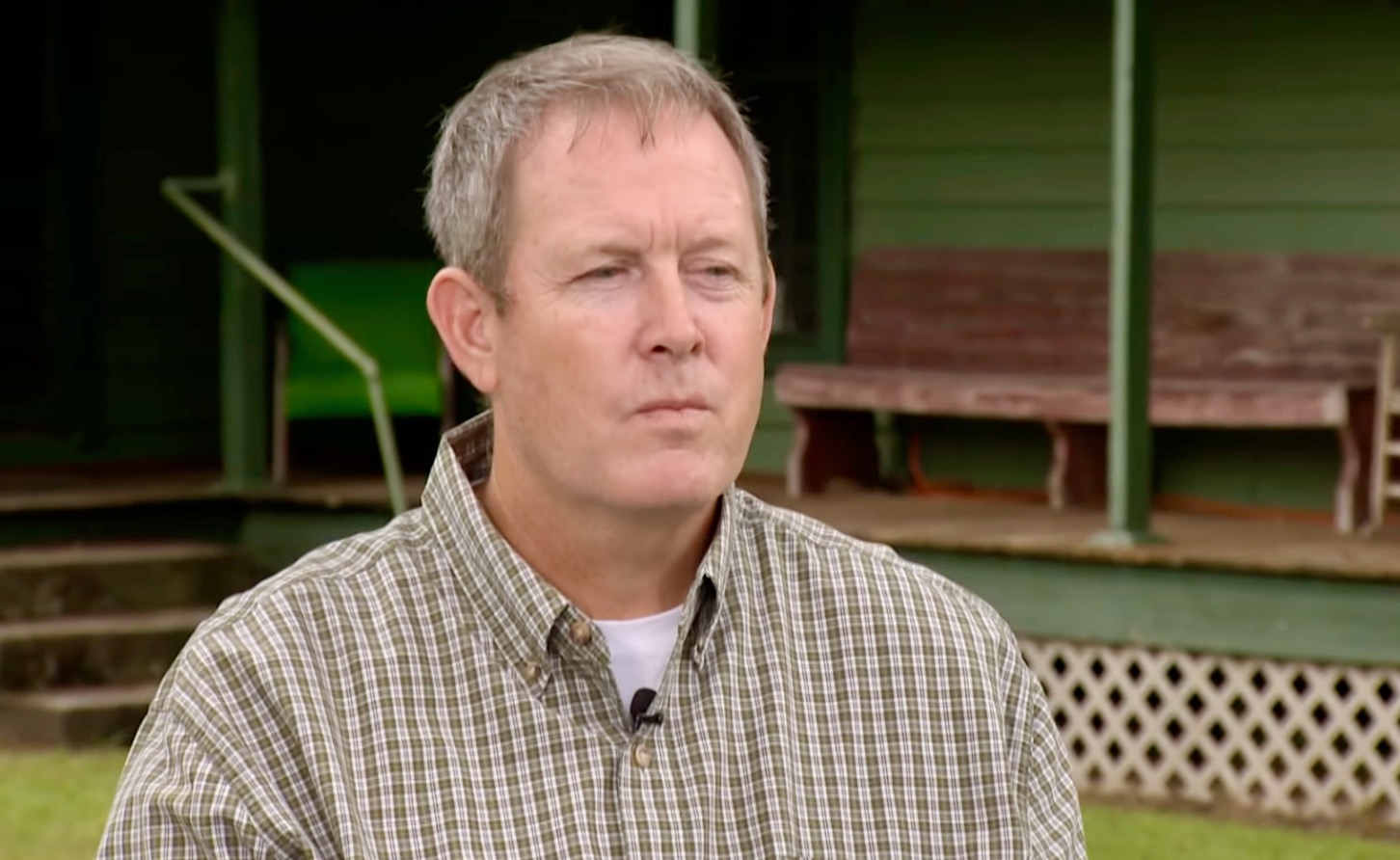 A week ago, the first part of an exclusive interview between disgraced South Carolina banker Russell Laffitte and his self-described “distant relative” Sara Allen dropped on the eve of his federal trail – the first criminal trial tied to the ‘Murdaugh Murders’ crime and corruption saga.

On Friday – one week into court proceedings which clearly do not seem to be going his way – the second half of Laffitte’s interview with Allen appeared online. In the clip, Laffitte reiterated his claim that disbarred attorney/ accused killer Alex Murdaugh used him “like a pawn to help facilitate the theft of money.”

The latest video starts out like an infomercial for Palmetto State Bank (PSB) – the financial institution which fired Laffitte as its chief executive officer back in January as it became clear he was neck deep in Murdaugh’s alleged financial crimes.

Yeah … if you didn’t know the man on this video was staring down multiple federal and state charges – and wearing matching ankle monitors as a condition of his bond related to those allegations – you might be inclined to send PSB some business.

Laffitte, 51, of Hampton, S.C., was indicted by state prosecutors in May on multiple criminal conspiracy charges tied to his alleged role in various Murdaugh-related schemes. In late July, he was hit with a five-count federal indictment alleging bank fraud, wire fraud, misapplication of bank funds and conspiracy to commit bank fraud and wire fraud in connection with those schemes. Those are the charges he is facing this week in U.S. district court in Charleston, S.C.

In the second half of her interview, Allen asked Laffitte whether the bank’s auditors – or regulators with the U.S. Federal Deposit Insurance Corporation (FDIC) – had ever looked at Murdaugh to see whether he was a “risk factor” for receiving loans.

“I’m not going to say he was looked at every time we had an exam,” Laffitte said, describing Murdaugh as “one of our largest borrowers for years and years and years between (limited liability corporations) and partnerships that he was in with land ventures.”

One of those partnerships? Murdaugh’s land holdings with suspected drug smuggler Barrett Boulware.

Here is the full video …

According to Laffitte, Murdaugh was “very good at getting cases – good cases,” which made him a low risk for the bank when it came to lending money – even during years when his cash flow lagged.

“He did well – very well,” Laffitte said. “The whole firm did very well.”

Still, Murdaugh was habitually over-drafting his account, according to Laffitte.

“People overdraft all the time – it goes back to knowing your customer,” Laffitte said. “It was not uncommon for him to have an overdraft – and when I say overdraft, in the thousands or tens of thousands.”

According to Laffitte, though, these overdraft amounts escalated last year to the point Murdaugh “was overdrafted several hundred thousand dollars.”

With his account in arrears by six figures, Murdaugh came to the bank, met with Laffitte and his father and told them he was rebuilding his beach house and working on several of his larger properties – preparing them to be sold. Based on the checks coming out of his account to his longtime friend, Curtis Eddie Smith, Laffitte said he and others at the bank took Murdaugh at his word.

RELATED | INSIDE THE CHECKS

Laffitte said Murdaugh always made good on his debts “eventually” – even if “often times” that meant the bank lending him money.

“That’s probably not normal – but that’s community banking,” Laffitte said. “We knew him. We knew Alex. We knew his family. And they had always been good. He would always come up with the money. He may have borrowed it from other people – I know he did that every now and then.”

Murdaugh did borrow money from other people – including his father, the late Randolph Murdaugh III, and Johnny Parker – a partner at the law firm formerly known as Peters, Murdaugh, Parker, Eltzroth & Detrick, P.A. (PMPED).

“It was not that uncommon for him to have a shortfall during the year and then pay it off,” Laffitte said. “We had a lot of trust in his ability and what he told us that he was going to do – he had done it time and time again.”


As for nearly $1 million in “unsecured” loans extended to Murdaugh out of the account of Hannah Plyler – a Murdaugh client who won a major settlement after her mother and brother died in a 2005 car crash – Laffitte reiterated that Hampton County probate court judge Sheila Odom expressly approved the loans he made as conservator for Plyler.

“She said ‘yeah,’” Laffitte said, recalling how he reached out to Odom after Murdaugh first broached the idea of borrowing money against the Plyler conservatorship.

Odom was expected to testify at Laffitte’s trial, but she has yet to take the stand.

Will Laffitte’s latest video – a highly unorthodox move by a defendant in the middle of a criminal trial – help convince any of the sixteen jurors who are set to decide his fate at the conclusion of these proceedings?

Well, if those jurors follow the instructions of U.S. district court judge Richard Gergel they won’t be watching the video – or any other coverage of the case.

“Jurors always watch the news about their cases,” one veteran defense attorney told me late Friday. “And remember, it only takes one of them to acquit.”

As noted above, the federal trial is not going well for Laffitte.

The first three full days of the proceedings have seen federal prosecutors led by assistant U.S. attorney Emily Limehouse score significant points via the introduction of extensive, damning evidence against Laffitte – including documents which would seem to indicate he deliberately misled his colleagues at PSB to further Murdaugh’s myriad financial fleecings.

Limehouse and her fellow prosecutors have used bank records and testimony from witnesses to methodically prove the government’s assertion that Laffitte was “moving money” for Murdaugh to “cover up their conspiracy” – while his position as a personal representative and conservator in Murdaugh-related cases to “enrich himself.”

Meanwhile, Laffitte’s spin – that he was a “pawn” in a broader conspiracy – has yet to materialize.

Will his attorneys turn things around when they get their chance? We shall see …

The second week of the Laffitte trial begins this coming Monday (November 14, 2022) at U.S. district court in Charleston, S.C. with Limehouse and her team continuing to make their case on behalf of the government.