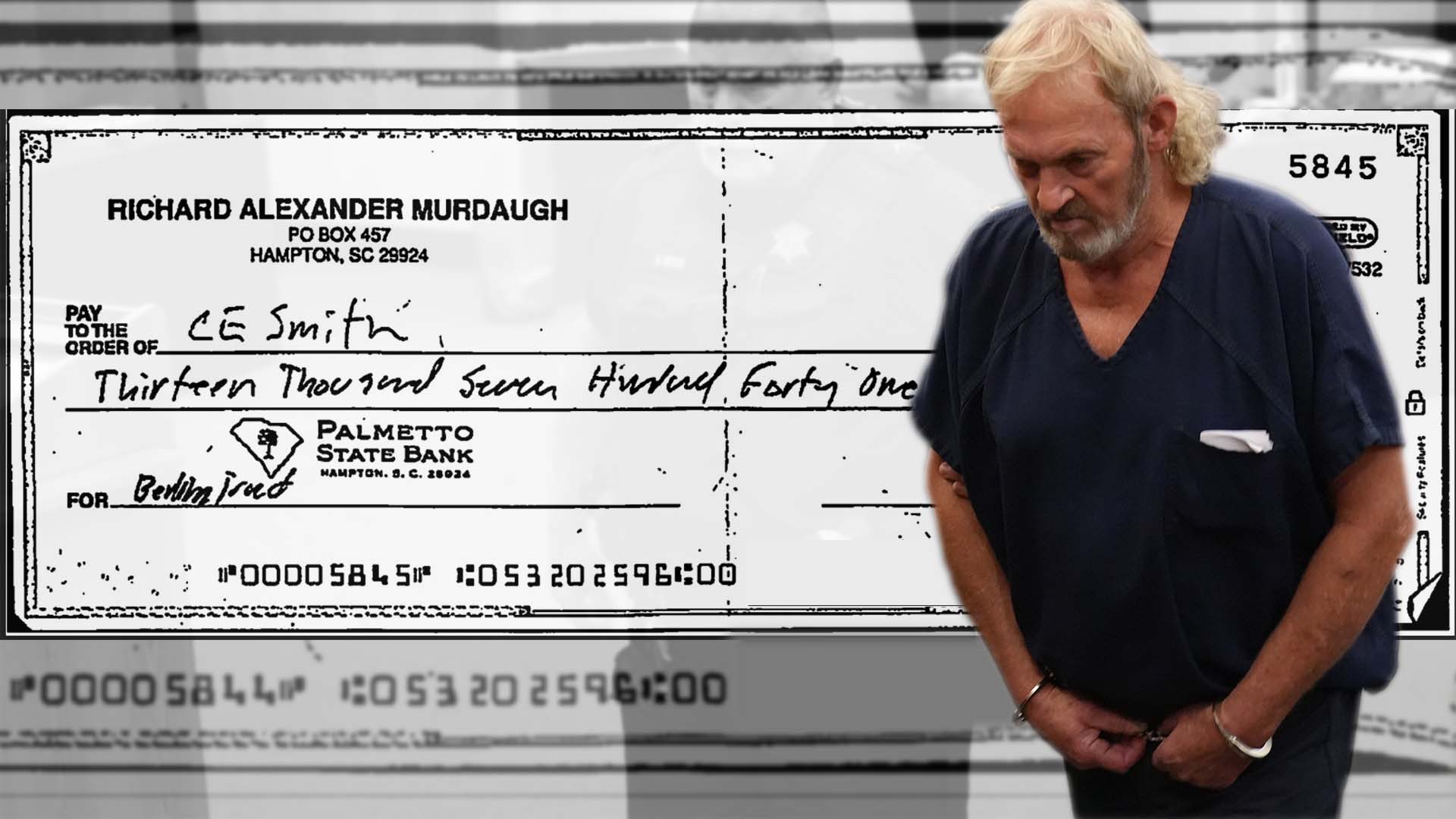 Smith has called Murdaugh “one of my best friends.”

According to Murdaugh’s lawyers – state senator Dick Harpootlian and Columbia, S.C. attorney Jim Griffin – Smith failed a polygraph examination this May asking whether he had anything to do with (or knew anything about) the June 7, 2021 shootings of Murdaugh’s wife, 52-year-old Maggie Murdaugh, and younger son, 22-year-old Paul Murdaugh.

Alex Murdaugh (above) has been charged with two counts of murder and two counts of possessing a weapon during the commission of a violent crime in connection with their killings – which took place near a dog kennel on the family’s 1,700-acre hunting compound along the Salkehatchie River in Colleton and Hampton counties. He has pleaded not guilty to those charges and is scheduled to stand trial beginning on January 23, 2023 in Walterboro, S.C.

According to his attorneys, though, Smith is the guilty party …

“The state is turning a blind eye to the obvious, that the reason Smith failed the polygraph when asked if he murdered Maggie and Paul is because he in fact did commit these heinous crimes,” the attorneys wrote in a filing submitted last month.

“He did not have anything to do with it,” Zmroczek told me last month following a court hearing in Florence, S.C.

Zmroczek doubled down on that statement – urging investigators to test Smith’s DNA and compare it with evidence collected at the scene of the double homicide.

“We welcome any DNA testing,” she told me. “(Smith) voluntarily gave his DNA over a year ago. They’ve had his DNA and they can test it … it can only help our case.”

While Smith’s potential role in the double homicide is up in the air … his role in a bizarre staged suicide last Labor Day is more firmed up. In that case, Murdaugh claimed to have been shot by a random passerby while trying to change one of the ‘run-flat’ tires on the Mercedes-Benz sport utility vehicle he was driving. This narrative began falling apart almost immediately, however.

What really happened? It remains unclear … but Smith is accused of shooting Murdaugh in the head at his request so the attorney’s surviving son, Buster Murdaugh, could collect on a $10 million life insurance policy.

Smith was charged with assisted suicide, assault and battery of a high aggravated nature, pointing and presenting a firearm, conspiracy and presenting a false claim for insurance payment of more than $10,000 in connection with that shooting.

Those charges were filed against him back in June.

Specifically, Smith has been accused of cashing more than 400 checks totaling at least $2.4 million at the behest of Murdaugh – funds which prosecutors allege supported “a myriad (of) unlawful activities.” The dates on those checks range from October 7, 2013 through August 31, 2021.

As noted in the infographic, approximately $133,000 was paid to Smith in the month leading up to the June 7, 2021 double homicide – including a $22,109 cashier’s check which was cut just ten days before the murders.

Smith also received two checks totaling $25,000 in the days leading up to the roadside shooting.

According to sources familiar with the check-cashing arrangement, Smith was strictly a “pass-through” for Murdaugh – and an inexpensive one, at that.

“All Smith ever did was cash these checks and give the money right back to Alex for a handling fee of usually $100,” a source close to the investigation told me, adding that the property work Murdaugh regularly referenced on the checks was part of the scam.

Most of the checks from Murdaugh to Smith were in denominations of less than $10,000 – making them unlikely to be flagged by a bank – but beginning in February 2021, Murdaugh started cutting his friend checks in much larger amounts.

“Alex stopped worrying about getting caught – he knew was going to get caught” the source told me, adding that “whomever he owed, he needed to pay.”

Readers will recall the statewide grand jury was investigating Murdaugh’s finances as early as May 2021 – a month before the double homicide. Also, Murdaugh was scheduled to appear in court at 9:00 a.m. on Thursday, June 10, 2021 – three days after the murders – to disclose his financial assets in connection with an ongoing civil case related to the 2019 boat crash involving his late son.

Clearly the walls were closing in on him last spring … but why?

To whom did he owe all of this money?

Again, this seems much bigger than one person’s drug habit … which is the excuse defense attorneys have put forth for why Murdaugh needed the money.

Also, what should we make of the timing of some of these checks and their proximity to significant events in this still-unfolding saga?

Does the timing of those checks – notably their proximity to the double homicide and the staged suicide – support Harpootlian and Griffin’s theory that Smith is the real killer?

Was Curtis "Eddie" Smith involved in the double homicide at the heart of the 'Murdaugh Murders' scandal?