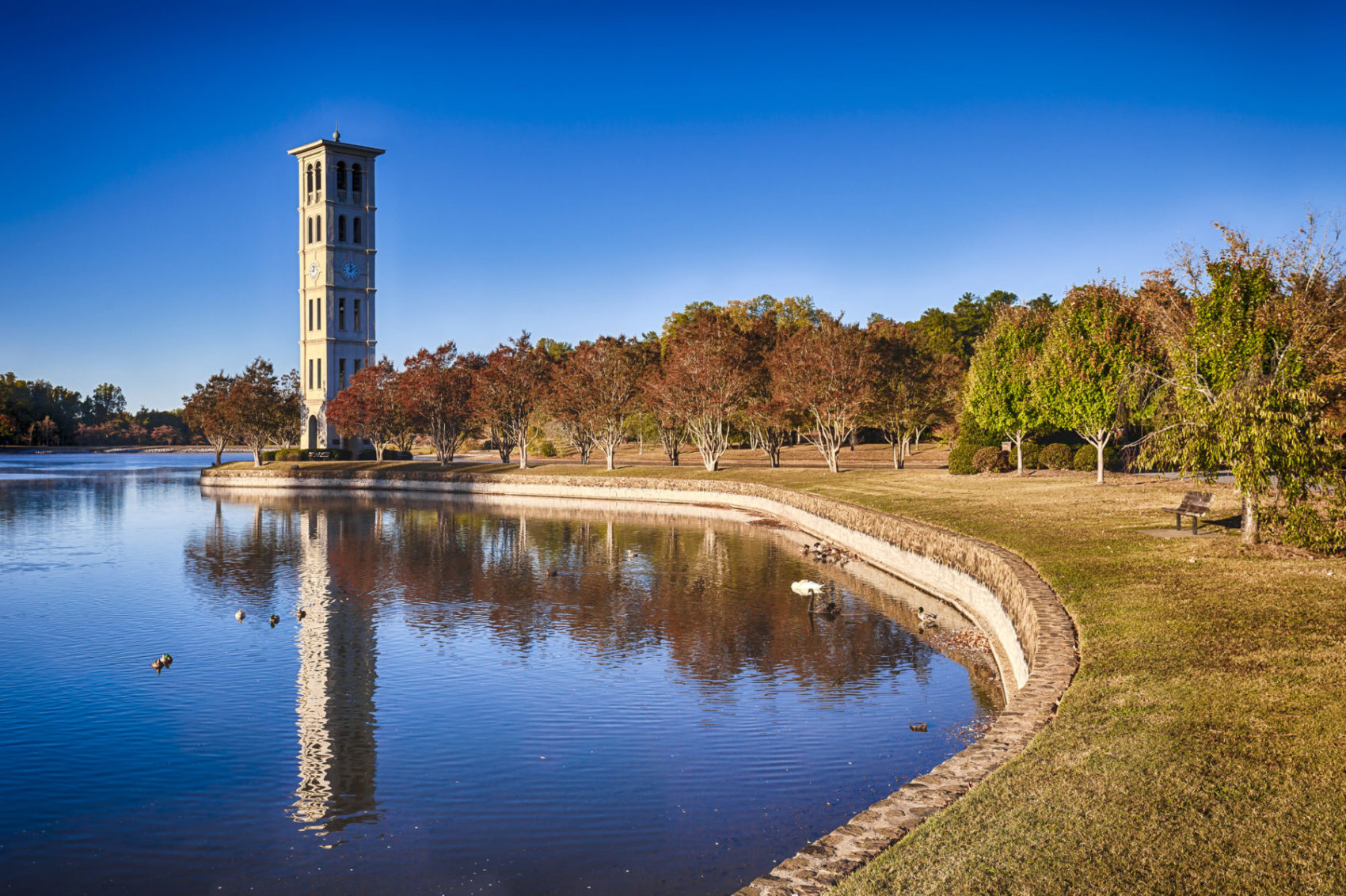 The Mom and Pop Alliance of SC (MAPA) is an organization that provides education and advocacy for South Carolina’s small businesses at the state government level.  We here at the Alliance are interested in several issues that would help small businesses, such as repeal of our state’s Certificate of Need, tort reform, and a variety of pro-American bills – but we believe the most dangerous issue facing all  businesses today is ESGs.

ESGs are very complex (see here and here). In the simplest of terms, they are like a FICO score, but instead of measuring one’s credit worthiness it produces a score based on adherence to left leaning causes. Currently, ESGs are primarily applied to corporations. In fact, you can look up the ESG score of most large companies. A low ESG score has the  potential of crushing consequences for a company. It is anticipated that in the future, both smaller vendors and customers of these companies will have to submit their own ESG criteria to be able to obtain services from these larger corporations. While diversity, equity, and inclusion (DEI) and many other metrics are parts an ESG score, the main driver is a company’s commitment to climate change.

There are many motivations behind the push for ESGs, but three main ones are: 1) people are profiting from ESG compliance, 2) it is a way of getting an agenda through that is not popular with voters, and 3) to usher in “Stakeholder” capitalism, which is a form of collectivist capitalism.

Because of our interest in ESGs, our MAPA team attended the recent series at Furman University hosted by the Riley Institute, featuring former VP Al Gore, who was introduced by former Republican Congressman Bob Inglis. The three-event series was titled “A New Climate Movement: Acting On Solutions That Work.”

The first night featured Gore (above) live via Zoom. He described the importance of climate activism. He shared his elation about the passage of the “Inflation Reduction Act” (IRA), with its planned $369 Billion for climate change programs, or as he refers to it, “Climate Justice.”

Gore’s excitement with its passage was also evident in a recent Washington Post article: “Al Gore on the Inflation Reduction Act:  ‘It took so long’.”

The second night featured former lobbyist, Furman alum, and current President /CEO of Al Gore’s Climate Reality Project, ‘Phyllis Cuttino (She/Her).’ She shared her exhilaration over California banning the sale of gas-powered cars by 2035. Ironically, she said this on the exact same day California announced the need to ration electricity as state leaders were worried about the capacity of their power grid. She also stated that money from the Inflation Reduction Act would move through State Houses across the country and be given in the form of grants to companies to further climate initiatives. In addition to Ms. Cuttino there was a small panel of featured speakers, which surprisingly included state Senator Tom Davis from Beaufort, S.C. The event was emceed by a sustainability professor from Furman.

Before the event, attendees could tour an electric bus and sample meatless appetizers outside of the Furman auditorium. One person on our team was a Furman alum who commented on how things have changed at the university: “When I was a student here, we used to sing hymns on the steps of this very  auditorium.”

Upon entering the auditorium all attendees were given stickers – older adults were given a blue sticker and students were given an orange one.  We were asked to place it under YES or NO to the following question: Do corporations have the responsibility to act against climate change? Our team unanimously saw this as great marketing by soft pedaling the “E” of ESGs.

The last night of the gathering featured climate scientist Dr. Katharine Hayhoe, who is an expert on  “how to talk about climate change,” as well as several other speakers, including a Furman professor who is leading research on “equitable climate resilience” in the Carolinas and teaches a class on sustainability and social justice. They discussed Furman’s commitment to carbon neutrality by 2026, how they are short of their goal, and that despite maximizing their solar capabilities these efforts still only supplied only 5 percent of Furman’s needs.

They were proud to say that “sustainability is entwined in everything we do,” having hired a new campus sustainability leader, and that they were recognized in the 2022 Campus Sustainability Index. They also had a panelist form the Nature Conservancy of SC and one from the Environmental Defense Fund sharing about their staff of 850 pushing Congress to pass certain agenda items. They also mentioned other efforts in our state such as the Equitable Climate Resilience for US Local Governments (associated with the National League of Cities) in Greenville, and the work of Climate Action (a global initiative).

At the Mom and Pop Alliance of SC we focus on government at the state level, so the words of senator Davis were of particular interest to us. In most circles, Senator Davis is thought to be a libertarian/ conservative, so to see him on stage with Al Gore’s Climate Reality Project and their rhetoric was a little shocking. Davis is also the chair of both the Labor, Commerce and Industry Committee as well as the  Energy Market Reforms Committee in the Senate, so Tom Davis has influence in our Senate.

His concerns about how electricity infrastructure was historically financed in South Carolina, vertically integrated monopolies, the disastrous $10 billion spent on Santee Cooper, and the need for more energy were all on point, but our team found other statements very troubling!

As examples, Sen. Davis said “we must have ‘fair’ allocation of costs for coal generation. There are externalities with coal – polluting the environment …” and “we must monetize  costs and incorporate them into what you are comparing.”

In other words, it  appears that Sen. Davis believes that when comparing coal to solar, we must not compare actual energy costs because we should add a cost (a monetary penalty, really) to coal because it is dirty. The professor moderating the event loved this idea of adding costs onto coal production. The Mom and Pop Alliance strongly disagrees! It would obviously increase energy costs for all South Carolinians, hurt small business, and once again have our state government picking winners and losers, which is neither libertarian nor conservative. Furthermore, we would argue that there are “externalities” with solar, such as the energy expended and earth mining impacts required to produce solar panels, China’s involvement in their production and their inhumane labor practices, as well as the inevitable disposal of used solar panel issues, to name a few.

Why aren’t these also part of the equation?

Another concern for the Mom and Pop Alliance team were Davis’ statements regarding the allocation of the so-called Inflation Reduction Act incentives, which in our opinion is a way of implementing ESGs. This again involves picking winners and losers and will increase inflation for everyone – which is extremely harmful to small business owners.

Finally, we took issue – as Davis’ colleagues in the Senate should – with the tone of the following quote: “We need to acknowledge some political realities; South Carolina is a Republican/ conservative state and one of the things I have found in drafting the Energy Freedom Act and getting it passed – talk about it in terms that make them comfortable. So, what could be more Republican than talking about free  markets…?”

“Talk about these things in terms of market principles and you get them to lap it up,” he added.

The Mom and Pop Alliance of SC believes Senator Davis’s getting his colleagues to “lap up” Al Gore’s Climate Justice agenda will increase energy costs and inflation for all South Carolinians and business owners and add to the ESG pressures placed on companies. Currently, these green initiatives are not working out well for Europe and they are clearly not in our best interest! We wonder what could be motivating Sen. Tom Davis to carry water for the Climate Reality Project?

This article is an uncomfortable departure for us. The Alliance is non-partisan, focusing on education and bridging the gap between our state’s policy makers and small business. We believe that anyone familiar with our work would no doubt agree that we always strive to work with legislators, as we have great  respect for the sacrifice serving in office at the state level can mean. It is not an easy job, and we are clear in sharing that message with our members. However, in this case, we believe the policies promoted through The Climate Reality Project are so detrimental to free markets and will be so costly for all small businesses we felt obligated to make the public aware. We have reached out to the Senator and will continue making attempts to meet with him.

Diane Hardy is a former nurse anesthetist turned entrepreneur, who opened a franchise at Verdae in Greenville over five years ago. She is executive director of the Mom and Pop Alliance of SC, which she founded during Covid upon discovering South Carolina’s almost 400,000 small businesses had little representation in our State House. The Alliance provides education, communication, and advocacy for SC’s family-owned businesses. Her passion for South Carolina’s small business is strong, and as such she donates her time to the organization, accepting no salary or government funding.  Her love for our state isn’t new.  Before launching the Mom and Pop Alliance she was the founder and host of The Palmetto Panel (2014-2019), an annual statewide conference highlighting issues impacting South Carolina.  Diane has a bachelor’s degree in nursing and psychology from Michigan State as well as a master’s degree from MUSC.  She and her husband have three adult children and are enjoying life as empty nesters.