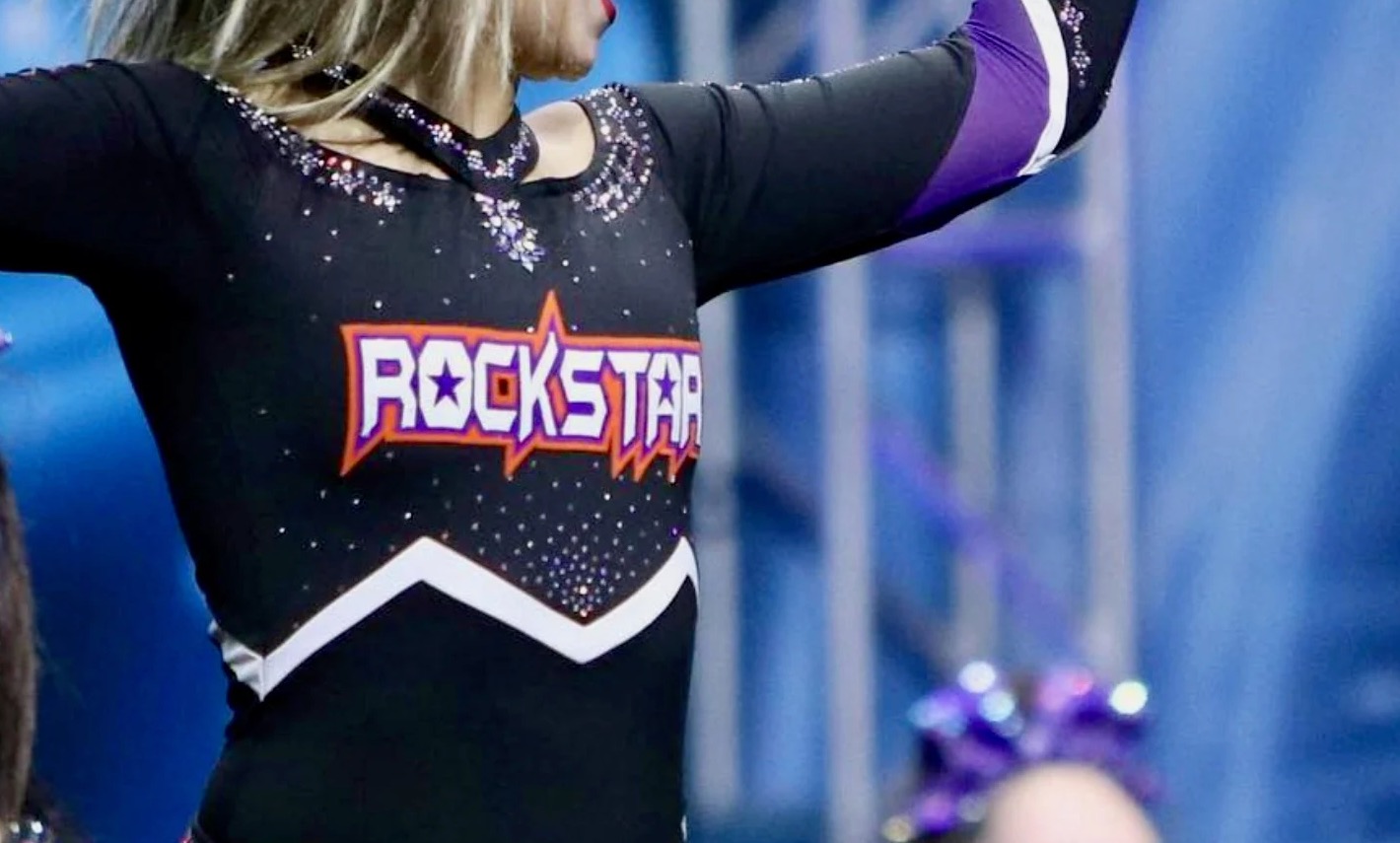 With ongoing criminal investigations and civil lawsuits tied to the Rockstar Cheer saga peeling back the layers of what is shaping up to be a major nationwide scandal, there is growing media attention on this story that originally broke on our pages two-and-a-half weeks ago.

First, it was the statewide mainstream media which picked up the scent …

Sportico, which is owned by Penske Media Company, focuses its coverage on “the business of sports.” In his reporting for this outlet, Libit has provided extensive coverage of the ferocious marketplace battles taking place within the multi-billion dollar cheerleading industry in the United States. Just this May, in fact, he reported exhaustively on a federal anti-trust challenge to Varsity – the Tennessee-based company which dominates the cheerleading marketplace.

Varsity was purchased by Bain Capital in 2018 for $2.8 billion. The company – founded by former Oklahoma cheerleader Jeff Webb – is the manufacturer of “virtually every cheerleading uniform worn” in the world, according to a 2017 report in USA Today.

Webb is also closely tied to cheerleading “oversight” agencies like the U.S. All Star Federation (USASF) – which operates under the auspices of USA Cheer and claims to uphold “fair and consistent rules and competition standards” within the cheer industry. It also purports to provide “the safest possible environment for cheer and dance athletes to train and compete.”

Additionally, Webb is president of the International Cheer Union (ICU) – which bills itself as the “world governing body of cheerleading” and which has been pushing for the sport to be included in future Olympic competitions.

Libit’s latest article – which you can read here – explored the growing impact of the Rockstar Cheer scandal on Varsity and the broader cheerleading industry. It marked the first national, in-depth treatment of the Rockstar scandal – zeroing in on several issues raised in a federal lawsuit filed last week by attorneys with the Columbia, South Carolina-based Strom Law firm.

Strom Law attorneys Bakari Sellers, Jessica Fickling and Alexanda Benevento filed a lawsuit (.pdf) last Thursday on behalf of multiple survivors against Rockstar, its late founder Scott Foster, Varsity, USASF and several other codefendants. It accused these entities of engaging in a “scheme to anoint specific coaches and disregard safety protocols” – all part of an “elaborate plan to create a pipeline of young athletes, each of whom represented a significant stream of revenue … worth billions of dollars.”

These co-defendants also “created, organized, and propagated a system of young-athlete abuse against innocent victims,” according to the filing.

The lawsuit further alleged USASF was nothing more than a front for the various corporate entities which were profiting from its lax oversight – both financially and in terms of the widespread sexual exploitation of minors. Indeed, the lawsuit alleged corporate defendants “concealed” their ownership and control of this purportedly independent entity.

“This was a factory of abuse designed specifically to generate two things: a constant supply of underage victims for Scott Foster and his fellow predators and a billion dollar revenue stream to Varsity Spirit, USASF and Bain Capital,” Sellers (above) said. “Instead of protecting these young men and women, they victimized them and cashed their checks.”

One of the central pillars of the federal lawsuit is its contention that executives at Varsity knew about the alleged misconduct at Rockstar – and likely at many other gyms across the country – yet failed to take appropriate action because it was not in the company’s financial interests to do so.

Libit’s article quoted a former Varsity executive – Marlene Cota – as having raised “concerns about Foster” to company leaders in late 2017.  According to Cota, nothing of substance was done because “Scott Foster and Rock Star Cheer is a multimillion-dollar customer” and “sanctions against him would have potentially hurt profits.”

Specifically, Cota was forwarded a photo of two Rockstar cheerleaders “simulating a sex act while in their team uniforms.” She told Libit she shared this photo with company leaders – including her direct supervisor, John Newby.

The photograph in question was recently provided to this news outlet …

According to Cota, Varsity said it would “address the matter,” but was “financially disincentivized to take strong action.”

“USASF notified Mr. Foster that he had been found guilty of violating numerous provisions of its codes of conduct in January of 2018,” Varsity spokeswoman Susan Crumpton said in the statement. “It is extremely important to bear in mind that no allegations of sexual misconduct or abuse were raised at this time, thus the suspension and the enforcement steps were appropriate given the nature of Mr. Foster’s violations known at the time.”

Wait … no allegations of sexual misconduct or abuse were raised at this time?

“That is a bald faced lie!” said one Rockstar parent who spoke with FITSNews on condition of anonymity. According to this parent, they “reported (sexual misconduct and abuse) allegations” against Foster in 2017.

A second parent confirmed reporting similar allegations to Varsity in “late 2017” but said the female employee who fielded their complaint “never followed up” on the material she was provided.

Additionally, there are questions as to whether the so-called “suspension and enforcement steps” imposed against Foster in response to his 2017 USASF violations were ever actually enforced.

Foster was supposed to have been “ineligible” to participate in USASF-sanctioned events for three consecutive seasons – from 2017-2018 through 2019-2020. However, this judgment appears to have been a “suspension in name only.”

For example, here is a picture of Foster with a VIP pass at a 2020 national cheer competition …

This news outlet has been provided with numerous additional images of Foster (above) backstage with cheerleaders at various regional and national competitions during the three-year period he was supposed to have been suspended.

“He was in the gym coaching and was in warmups as well,” one Rockstar parent who spoke with me on condition of anonymity told me.

“It was a joke,” another Rockstar parent told me, referring to Foster’s USASF suspension. “He was caught by other coaches in warmups! They complained and nothing was done.”

“Despite his suspension, Foster was allowed to attend the Varsity Defendants’ competitions, and further continued to coach in his gym although the suspension should have effectively prohibited him from doing so,” it noted.

What led to Foster’s suspension in the first place? According to our sources, one of the most incriminating pieces of evidence put forward against him was a cell phone video showing him and another coach watching underage cheerleaders as they consumed what appeared to be alcohol from a funnel. Foster even appeared to be filming one of the underage cheerleaders as she funneled the alcohol.

Foster addressed these allegations publicly, saying he “thought it was a prank and that (the cheerleaders) were using non-alcoholic liquids.”

“I was disappointed in them and myself for this situation occurring,” Foster wrote. “I did not provide alcohol for anyone present, and would not, but I was naïve and had an obvious lapse in judgment.”

Foster concluded by noting “in my twenty-one years of coaching my integrity and commitment to our athletes has never been in question” and vowed he would “remain committed to these athletes and you, their parents, and to leading Rockstar Cheer and Dance with the highest level of integrity.”

Foster died by suicide on August 22, 2022. At the time of his death, he was the focus of a criminal investigation into multiple allegations of alleged sexual misconduct. That inquiry is ongoing – and is being led by the U.S. Department of Homeland Security (DHS)’s special investigations unit (HSI) with support from the Greenville County sheriff’s office

As I have noted from the beginning of this story, the Rockstar scandal “involves allegation of systemic corruption and cover-ups potentially involving some of the most visible and venerated institutions in the cheering industry.”


Following Foster’s suicide and the subsequent exposure of the allegations against him, numerous cheer gyms have been changing their names, quietly parting ways with key personnel, issuing fact-challenged “cover your ass” statements and asking parents to sign draconian new “athlete membership agreements” which include exhaustive, densely worded waivers.

“They are preemptively moving to silence us,” one parent who received one of these agreements told me last week.

“We are not going quietly,” one Rockstar parent assured me. “And we are not going away. This is going to be a major, nationwide scandal by the time we are done.”

As I have previously noted, victims/ survivors of this saga have become emboldened – and are starting to tell their stories to our researcher Jenn Wood, a cheer mom who has made it her mission in life to hold the cheer industry accountable for the role it played in enabling this scandal.

Which reminds me … anyone willing to share information is encouraged to reach out to Wood at [email protected] or use our tip line. However you decide to contact us, this news outlet honors requests for anonymity regarding submissions – and as I have previously proven, I will go to jail before I break confidentiality.