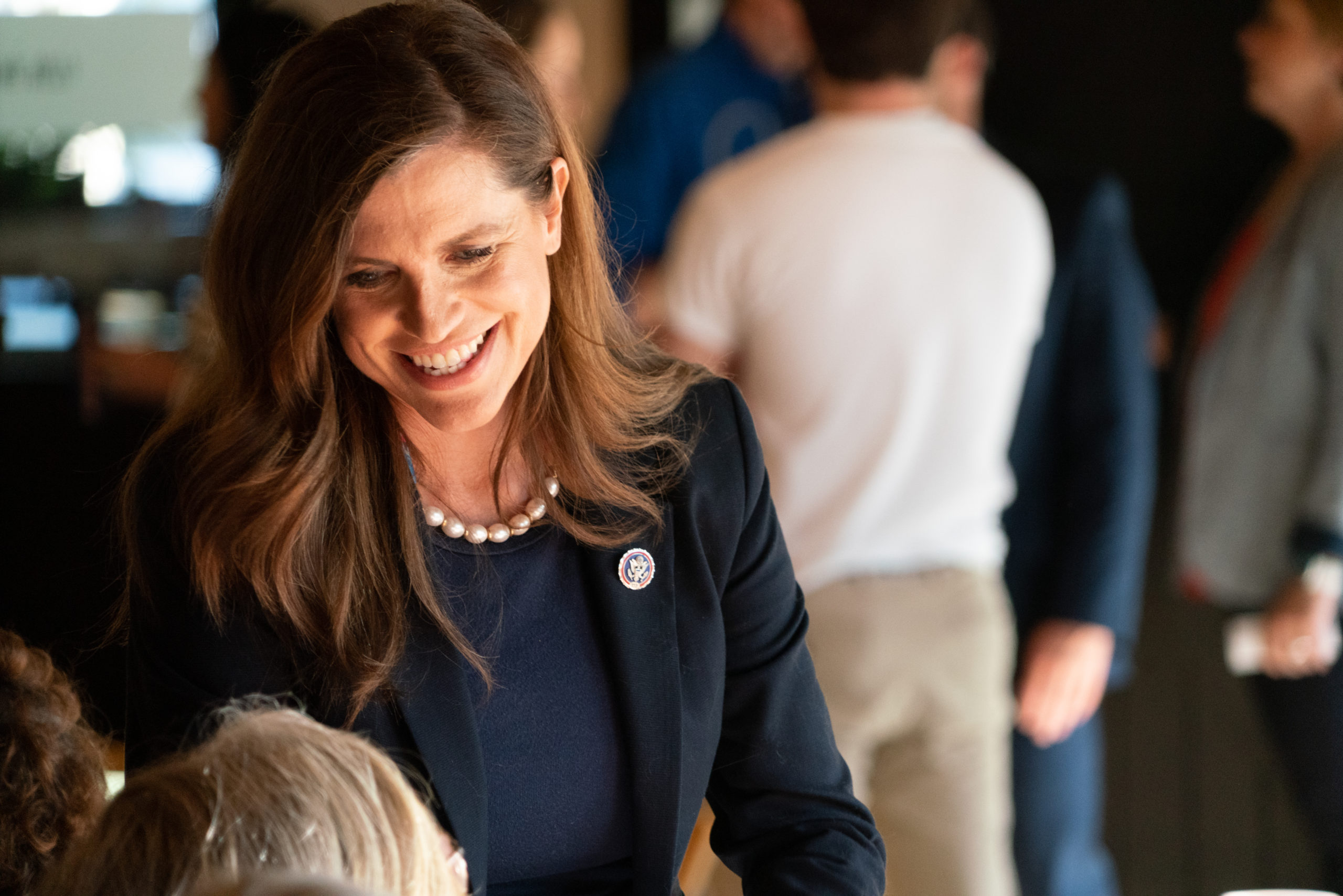 First district congresswoman Nancy Mace was a late scratch for a debate in Beaufort County, South Carolina on Thursday evening, party officials said – resulting in a stern rebuke from the local party chairman as well as volunteer activists who worked to host the event.

“I am personally insulted by this,” Beaufort County GOP chairman Kevin Hennelly told me on Thursday afternoon upon hearing that Mace would not attend the event.

“I don’t know what to say about the hundreds of volunteer hours that went into this,” Hennelly added. “Those volunteers are the people she should apologize to.”

One volunteer told me Mace’s decision was a “slap in the face of the local party,” while a longtime local activist said Beaufort County would not be anywhere near as “solid for Nancy” as it was in 2020.

Former state representative Katie Arrington and military caregiver Lynz Piper-Loomis are both attending the debate. Mace’s spot will be represented by an “empty chair,” according to Hennelly.

Mace (above) said she was unavailable to attend the event due to her obligations as South Carolina’s first district representative in Washington, D.C. She is, however, scheduled to attend a debate at Burke High School in Charleston, S.C. at 7:00 p.m. EDT this coming Monday (May 23, 2022).

That debate is being hosted by the Charleston County Republican party and will be televised live by WCIV TV-4 (ABC – Charleston, S.C.).

“I am working hard literally doing the job I was elected to do,” Mace told me. ”It’s impossible to attend every single event in the district when this job requires you to be in D.C. to vote like today. I also had a committee hearing on the oversight committee this afternoon and there wasn’t a flight home that could have gotten me back in time to make this event. I’ve made every candidate forum possible when it hasn’t interfered with our voting schedule. I’m looking forward to our next debate on Monday. I’ll be there with bells on.”

In fairness to Mace, she told me after a recent appearance in Beaufort that she would likely have to be in Washington, D.C. for at least one of the last two scheduled forums due to the congressional voting schedule.

“No-show Nancy is at it again,” Arrington spokesman Chris D’Anna said. “From candidate forums to local events, Nancy has consistently canceled her appearances at the last minute. Today she was on Fox News, last week she was receiving a special interest award in D.C. to avoid facing her constituents. All of this proves that she doesn’t care about a single resident of the Lowcountry, she only cares about herself.”

“Debates have been a long-standing tradition throughout the history of politics,” Tanner told me. “That’s how I started my political career in 1994. There were five of us running for sheriff, and we had multiple debates with five people.”

Tanner said debates give voters a chance “to see the demeanor, to see the competency – and to see the (candidates)’ ability to handle tough questions.”

According to Tanner, Woodward has had months to agree to a face-to-face exchange ever since both candidates filed to run for sheriff back in March.

“He’s been running from me ever since,” Tanner told me.

Specific attention was focused on a debate that was supposed to have taken place between the two candidates earlier this month. Woodward said he never committed to the debate because of a scheduling conflict.

“I had a prior commitment with the Bluffton Gullah community,” Woodward told me. “At this meeting, we discussed issues specifically related to that community – a community that has important concerns with the current sheriff’s office administration.”

“As always, I have been open to a thoughtful exchange of ideas between myself and the current sheriff, or anyone else who wants to know where I stand,” Woodward added. “This came down to a scheduling issue and that is why I didn’t attend. I commend the BCRP for the work they do in primaries and elections here in Beaufort County.”

(Via: JoJo Woodward for Sheriff)

Do voters care whether candidates debate? Eh … maybe. Probably. To some extent. But make no mistake: Party activists who drive turnout and whose perceptions influence voters in their communities are paying close attention to who shows up – and who doesn’t.

“Running for office is a choice, and those who stand for office need to be available to the voters whose votes they’re soliciting,” one longtime supporter of the party. “As voters, we need to know that the person running isn’t afraid to debate and stand for what they believe in. The failure to do so speaks volumes as to their fitness for office – or lack thereof.

“Representative Mace can give whatever excuse she wants but as early as last week, the Washington Post and many others were told she had no intention of being at tonight’s forum,” the supporter added. “This is the ultimate insult to the Republican voters of Beaufort County.”

As for Woodward, the supporter said “he chose to run for office and doesn’t just miss the only sheriff’s forum but has his supporters and family buy up all the tickets.”

“If a candidate has never run for office, the only thing we have to go by is how they run their campaign,” the supporter concluded. “If this is the kind of things he does as a candidate, imagine what he’ll do if he becomes the sheriff.”