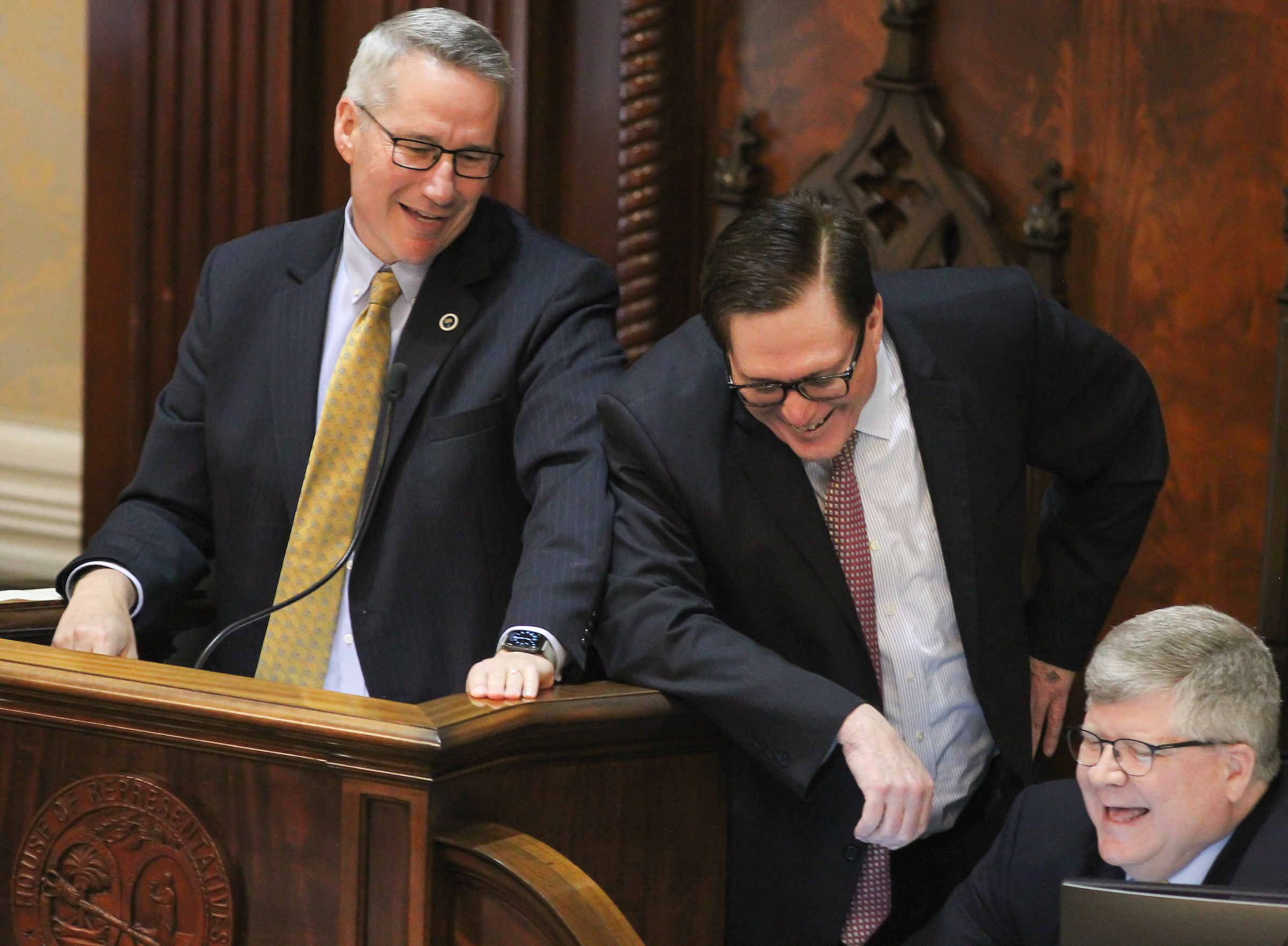 A crazy thing happened in the “Republican-controlled” South Carolina House of Representatives this week. Just days after overwhelmingly approving a resolution endorsing a radical, left-of-center Democratic voter registration organization, a majority of the chamber is now withdrawing its support for the group.

Not in this case, unfortunately …

As my news outlet exclusively reported on Wednesday, House members unanimously approved a resolution (H. 5190) honoring the work of Amplify Action, which it described as a “nonpartisan organization that cultivates the civic participation and engagement of Black and African American men across South Carolina, North Carolina, Tennessee, Alabama, and Georgia.”

In fact, almost every member of the 124-member South Carolina House of Representatives sponsored this bill …

Turns out Amplify Action isn’t bipartisan, though. At all. In addition to soliciting donations for the expressed purpose of helping “Democrats take control of the U.S. Senate,” the group has also assailed “the GOP’s campaign to suppress the black vote,” linking followers to an article which claimed such alleged voter suppression was driven by “white supremacy.”

“Is this really the sort of work the S.C. House of Representatives wants to ‘honor?’” I wondered.

Apparently not … which is why in the aftermath of my article a majority of them are now asking for a mulligan.

“On March 30, 2022, a House Resolution recognizing and honoring Amplify Action, was introduced and adopted by the body,” a statement tucked into the House Journal for April 7, 2022 noted. “At the time it was read across the desk, a motion was made to add the roll of the House which was not objected to. It has been brought to our attention that this organization is not a bipartisan organization as stated in the resolution and had we known this, we would have objected to the motion and our names would not have been added.”


What is there to be done about the resolution, though? Nothing.

“Since this resolution has already been adopted by the House, the rules prohibit us from removing our names as cosponsors at this time,” the statement concluded.

A total of 65 lawmakers – a majority of the chamber – attached their names to this statement. That’s right, a majority of the S.C. House of Representatives is saying they no longer support a law they just passed.

This bill marked the second time in recent days that House members unwittingly approved controversial legislation. Last week, they allowed a bill sponsored by eight Democratic lawmakers to slip past them. The legislation in question (H. 3010) would allow convicted criminals who are sentenced to prison claim credit against their time behind bars for each day they were out on bond wearing an ankle monitor.

Does this matter? You better believe it … especially in light of this report.

Makes you wonder about the state of the democratic process in South Carolina, doesn’t it?