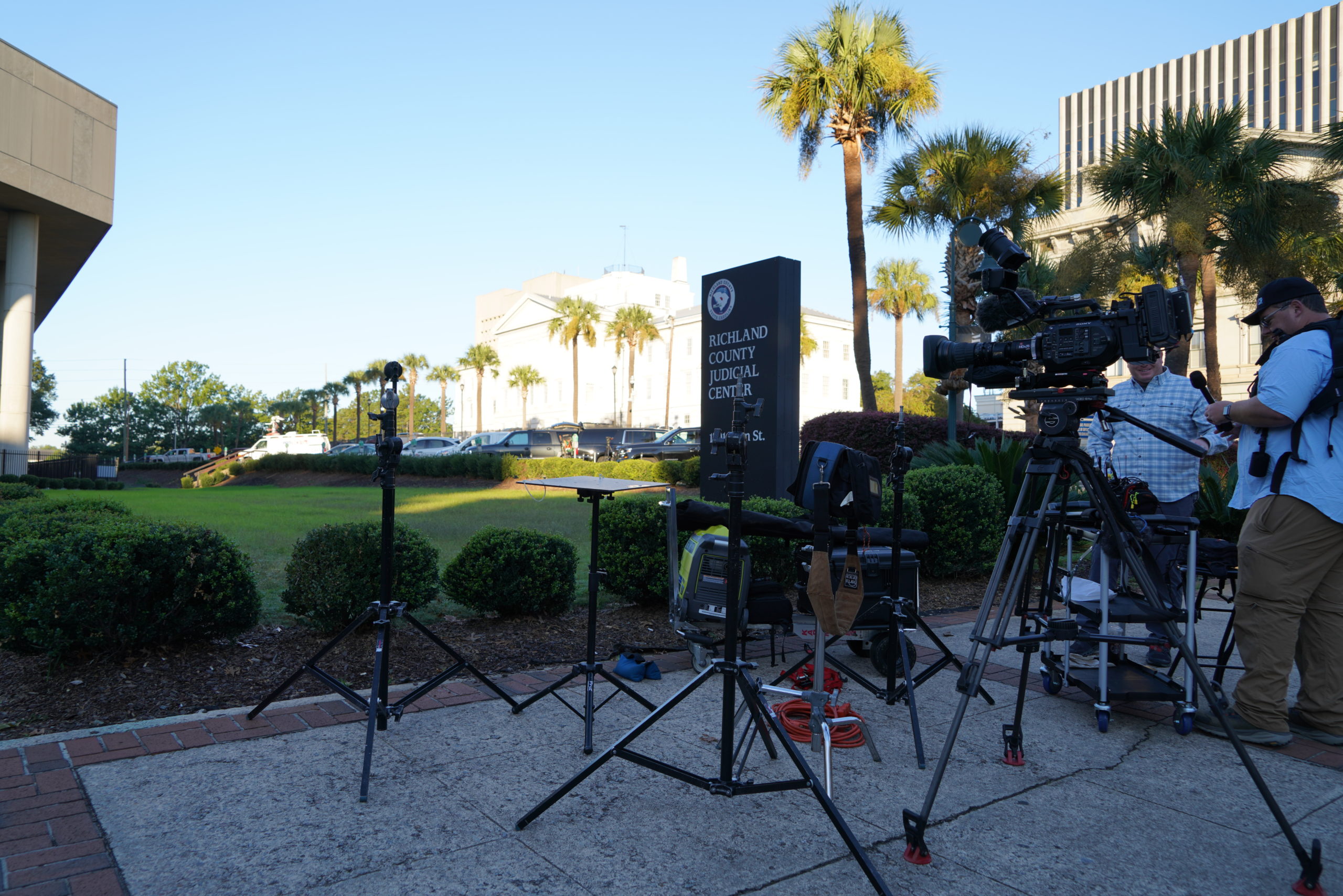 Three weeks after she smuggled a knife into an ostensibly secure South Carolina courtroom and used it to hold an employee in the building hostage, 27-year-old Latasha Boyd has finally been apprehended.

According to jail records, Boyd is being held without bond at the Alvin S. Glenn detention center in Columbia, S.C. She has been charged with first degree assault and battery, kidnapping and a weapons charge in connection with an incident that took place on March 10, 2022 on the fourth floor of the Richland County courthouse (which is located at 1701 Main Street in downtown Columbia, S.C.).

Boyd was presumed to have been arrested in the aftermath of the courthouse attack three weeks ago – in fact multiple Columbia, S.C. media outlets reported that the suspect in the attack had been arrested. As this news outlet exclusively reported last week, however, that was “fake news.”

How did the attack unfold?

“I was coming back from the restrooms and going back to my office,” the female victim said in a statement provided to deputies of the Richland County sheriff’s department. “I felt someone grab me in a choke hold from behind. I felt their other hand attempting to hit or hurt me in some way. Instinctually I pushed her away with my left elbow. I would estimate it was that it was several seconds that she had me by the neck.”

“I’m not going to f*cking prison,” Boyd yelled during the incident, according to a witness who disembarked from an elevator on the fourth floor of the courthouse as the event was unfolding.

After the witness – assistant attorney general Jerrod Fussnecker – escorted the victim to safety, he heard Boyd express regret that she did not use the knife to stab the victim.

“I should have stabbed her deep (and) good,” Boyd said, according to Fussnecker.


Boyd surrendered her weapon to deputies who (belatedly) responded to the scene of the attack, but she was inexplicably allowed to walk out of the building without being apprehended following the incident.

Not surprisingly, the situation has sparked a heated debate over the level of security provided at three Richland County courthouse locations by sheriff Leon Lott and his men.

These concerns were echoed by Columbia, S.C. attorney Joe McCulloch, who represents the victim in this case.

“She is afraid to return to the courthouse,” McCulloch said at a bond hearing for Boyd earlier this week.

In a statement provided to the media following the bond hearing, McCulloch added that the “extraordinary event” involving his client had exposed a “serious, and potentially fatal, security failure at our county courthouse.”

McCulloch called on the Richland County Bar Association (RCBA) to join him in asking the state’s supreme court to “conduct a statewide audit of courthouse security which will explicitly delineate the responsibilities for courthouse security and establish minimum standards for such security.”

“The dangers in our courthouses are brought into harsh focus by this incident and courthouse employees, the public, our judges, even the lawyers who work there, deserve to have a high degree of comfort while doing the citizens’ business,” McCulloch said.