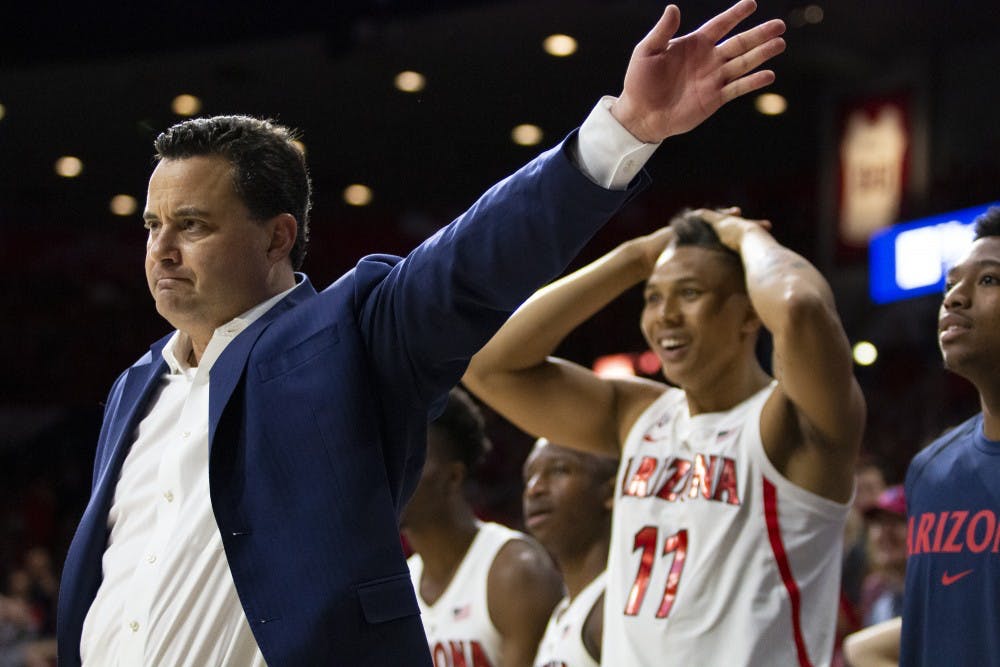 So the big story this afternoon is apparently whether or not former University of Arizona head basketball coach Sean Miller – a top target in the University of South Carolina head coaching search – was at Halls Chophouse in downtown Columbia, S.C. last night (Thursday, March 17, 2022) at approximately 8:00 p.m. EDT.

Let me be clear on this: Miller was at Halls.

How do I know this? Because I saw him there.

As I noted in my report earlier today, at the aforementioned hour I saw Miller “strolling across the porch” at Halls – which is located at the corner of Gervais and Main across the street from the S.C. State House. He was decked out in a crisp, light blue blazer and khaki slacks – and did not appear particularly concerned that several people in the restaurant noticed him as he walked by.

Miller’s visit to Halls was reported – and later retracted – by reporter Mike Uva, director of digital content for Gamecock Central.

“I can confirm that former Arizona and Xavier men’s basketball coach Sean Miller was in Columbia, S.C. this evening,” Uva tweeted yesterday evening – several hours before my article posted.

Uva retracted that statement on Friday afternoon, however.

“I reported Sean Miller was at a Columbia restaurant on Thursday night,” he tweeted at around 12:30 p.m. EDT on Friday. “That was not accurate. When I screw up, I’ll be the first to admit it. I don’t believe in sitting in silence like a coward. I’ll eat my crow (and) I hope over time to earn back any trust from anyone who I let down.”

Uva’s confirmation/ retraction was referenced in a story which appeared in The (Columbia, S.C.) State newspaper on Friday afternoon. That report cited another story which appeared on The Big Spur – a 247Sports website – further refuting the reports about Miller being in Columbia.

According to John Whittle of The Big Spur, an anonymous source told him Miller, embattled South Carolina athletics director Ray Tanner and another Gamecock athletics official were “not in the state of South Carolina during the alleged restaurant sighting.”

Reporter Michael Lananna of The State offered up another interesting anonymous citation.

“A source close to the situation told The State that there’s no evidence Miller was in Columbia on Thursday night,” Lananna wrote.

That’s a pretty curiously worded anonymous quote, if you ask me …

Also … isn’t The State one of the mainstream media outlets constantly ripping me for using anonymous sources? Not saying … just saying.


As previously reported, Miller – a 53-year-old native of Ellwood City, Pennsylvania – is one of the top candidates to replace former Gamecock head coach Frank Martin, who was fired by results-challenged South Carolina athletics director Ray Tanner less than a year after receiving a raise and a two-year contract extension.

Prior to his tenure at Arizona, Miller coached at Xavier – where he led the Musketeers to four consecutive NCAA tournament appearances (including an Elite Eight run in 2008).

Xavier, incidentally, is keenly interested in getting Miller back in the fold.

Miller has an all-time record of 422-156 in seventeen seasons as a head coach – and has taken home conference coach of the year honors four times (three times at Arizona and once at Xavier).

Other than its Final Four run five years ago, the Gamecocks have only qualified for the Big Dance once in the last two dozen years. In fact, in 115 seasons on the hardwood South Carolina has appeared in the NCAA tournament just nine times.

Miller does have a cloud over him, though, as the NCAA accused two of his former assistant coaches of accepting cash bribes and obtaining fraudulent academic records for players in connection with the 2017 #HoopsGate scandal. He could face a potentially significant suspension in the event the NCAA infractions committee were to issue a “show cause” penalty against him like the one handed down against former North Carolina State head coach Mark Gottfried.

Were such a penalty leveled against Miller, South Carolina (assuming it hires him) would have to appear before the committee and “show cause” as to why it shouldn’t be forced to absorb any punishment meted out to the coach.


So … why would South Carolina go to such great lengths to hide the fact Miller was in Columbia on Thursday evening?

“When he’s announced as the next head coach it’ll make sense,” one source told me.

One reporter who closely follows the Gamecock program said the situation involving Miller had “gotten weird” – that prior to “the Halls debacle” Miller was being referenced as a “lock” for the head coaching position but that afterward things had become hazy.

Meanwhile, several reports were circulating that Miller and Tanner met in Atlanta prior to the coach coming to Columbia to meet with several influential donors. I have not been able to independently verify the Atlanta rumors, nor have I been able to independently verify whether Miller is going to be offered the South Carolina coaching gig – or whether Miller would be inclined to take it if offered.

All I can confirm is the man was at Halls Chophouse yesterday evening at around 8:00 p.m. EDT.

Why is the University so adamant Miller wasn’t at Halls last night? And why was it so insistent on frog-marching reporters back into line?

Stay tuned … as one reporter told me Friday afternoon the saga of Miller and Halls Chophouse is “one of the most bizarre stories (he) has ever seen.”