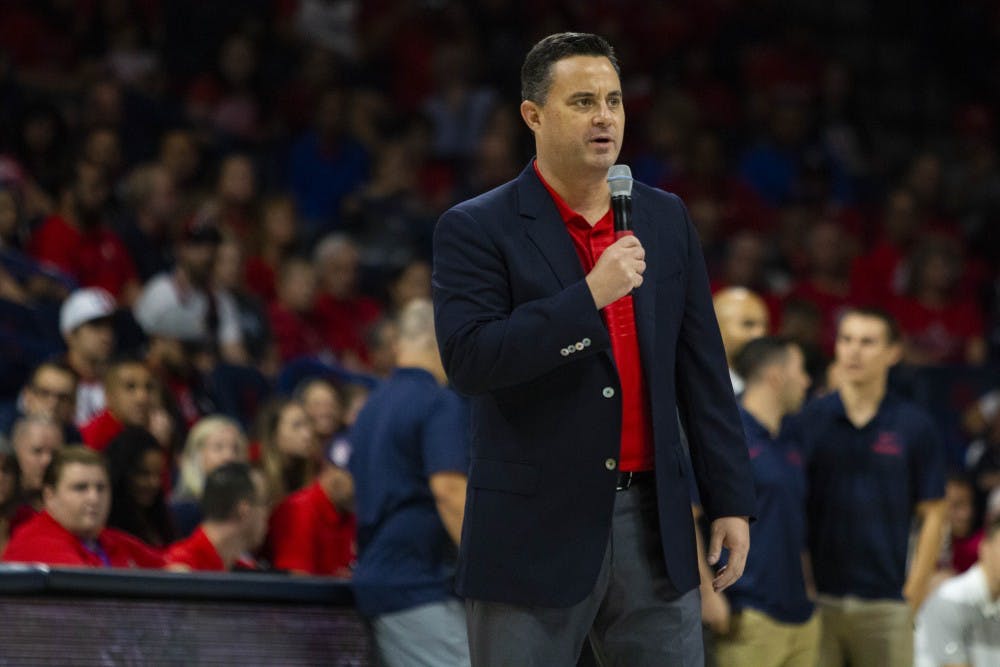 Thursday evening at Halls Chophouse in downtown Columbia, South Carolina provided me with an interesting dichotomy – a peek at the past and (possibly) the future of the University of South Carolina men’s basketball program.

As I dined with my wife and parents on the front porch of the establishment, former Gamecock head coach Frank Martin appeared over our shoulders on one of the restaurant’s television sets – apparently enjoying his new gig as a studio analyst for March Madness.

Martin landed his television audition just days after he was fired by results-challenged South Carolina athletics director Ray Tanner – getting a $3 million buyout after Tanner gave him a two-year contract extension less than a year ago.

Strolling across the porch, though, I recognized another recently fired head coach – Sean Miller, who was jettisoned by the University of Arizona after twelve seasons last April.

Wait … what was Miller doing at Hall’s?

Well, as readers of this news outlet are aware, the 53-year-old native of Ellwood City, Pennsylvania is one of the top candidates to replace Martin at South Carolina – and was reportedly in town for meetings with Tanner and other Gamecock officials. In fact, Tanner and Miller reportedly met earlier Thursday – although I have not been able to confirm the location of that confab.

South Carolina? Other than its Final Four run five years ago (has it been that long?), the Gamecocks have only qualified for the Big Dance once in the last two dozen years. In fact, in 115 seasons on the hardwood South Carolina has appeared in the NCAA tournament just nine times.

Prior to his tenure at Arizona, Miller coached at Xavier – where he led the Musketeers to four consecutive NCAA tournament appearances (including an Elite Eight run in 2008).

Miller has an all-time record of 422-156 in seventeen seasons as a head coach – and has taken home conference coach of the year honors four times (three times at Arizona and once at Xavier).

Sources close to the South Carolina athletics department tell me Miller is the frontrunner for the Gamecock job, although the Musketeers apparently want him, too – and are pushing hard to lure him back to Cincinnati.

“Tanner wants to make a big splash hire on this to erase some of the stigma with the awful hires he has made,” one of these sources told me.

Miller has a cloud over him, though, after the NCAA accused two of his former assistant coaches of accepting cash bribes and obtaining fraudulent academic records for players in connection with the 2017 #HoopsGate scandal.

BANNER VIA: University of Arizona