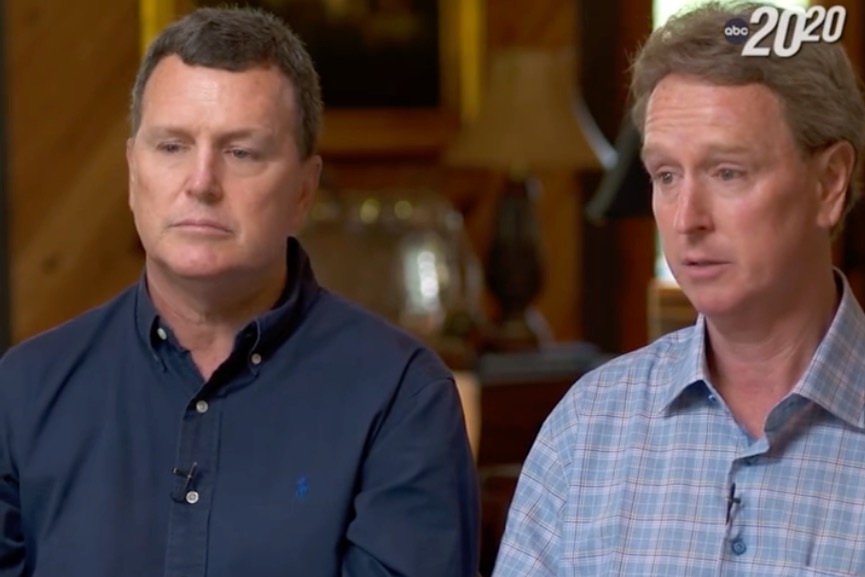 The younger brother of disgraced Hampton County attorney Alex Murdaugh is accusing the Beach family attorney of holding him “hostage” by effectively preventing him from selling the property where Alex’s wife and son were murdered last summer.

The Moselle property — a 1,700 acre hunting property in Colleton and Hampton counties — belonged to Alex’s wife, Maggie Murdaugh, at the time of her death.

The land was transferred to Alex from the wife of an alleged drug smuggler in September 2014 for $5 as collateral toward a $970,354 “mortgage” that was purportedly owed to Alex. In December 2016, Alex transferred the land to Maggie for $5 and “love and affection.” After Maggie’s death, Alex’s older son Buster released the family of the alleged smuggler from having to pay back the purported debt.

According to documents filed in Hampton and Colleton counties last week by John Marvin Murdaugh, who is the personal representative for Maggie’s estate, the property has a more than $2 million mortgage on it and is in danger of being foreclosed on by Palmetto State Bank.

As those following the Murdaugh Murders Saga know, Palmetto State Bank’s former CEO, Russell Laffitte, and its Vice President, Chad Westendorf, have both been linked to Alex Murdaugh’s alleged schemes to steal and launder settlement money from clients.

Laffitte, whose family founded the bank in 1907, was suspended at the beginning of the month and fired days later. Sources tell FITSNews that he is expected to be indicted soon for his alleged role in the schemes.

Alex Murdaugh, who is the only named person of interest in Maggie’s and Paul’s murders, is currently being held in Richland County Detention Center in lieu of $7 million bail and faces 51 charges, most of which are felonies connected to these financial schemes.

John Marvin recently appeared on ABC’s “20/20” alongside his oldest brother, Randolph Murdaugh IV. Both maintained that Alex had nothing to do with the deaths of his wife and son.

Shortly after Alex Murdaugh admitted to an alleged murder-for-hire plot in September, Allendale attorney Mark Tinsley, of the Gooding and Gooding law firm attached notices of pending lawsuits to the Moselle property, as well as the Murdaughs’ Edisto Beach house, effectively blocking the Murdaugh family’s ability to offload the properties.

Tinsley is representing the Beach family in a wrongful death case against Alex Murdaugh, Buster Murdaugh and Parker’s convenience store. Mallory Beach, 19, was killed when a boat allegedly driven by Alex’s younger son Paul crashed into a bridge piling in Beaufort County on Feb. 24, 2019.

Since the crash and murders, Alex and his attorneys, state Sen. Dick Harpootlian and Jim Griffin, have maintained that he is broke.

On Nov. 2, 2021, the judge in the Beach case, Judge Daniel Hall, froze Alex’s and Buster’s assets and appointed attorneys John T. Lay and Peter McCoy as co-receivers to assess the scope and value of those assets. Any sale of property owned by Alex Murdaugh would have to be approved by the co-receivers and the Court.

The Beach family’s attorney had requested the injunction and receivership after photos surfaced online of Buster gambling in Las Vegas with John Marvin, and because it appeared that Alex’s older brother, Randolph Murdaugh IV, and their law partner John E. Parker, were angling to cut the growing line of people to whom Alex owed money.

In September, Randolph Murdaugh IV and Parker had each filed lawsuits against Alex, claiming to be owed $90,000 and $477,000 respectively. Alex quickly offered confessions of judgment for each, drawing further suspicion from the Beach team that Alex was using trickery to keep his money away from them should they receive a verdict in their favor.

Co-receivers Lay and McCoy issued a status report to the Court on Jan. 7, 2022, in which they all but confirmed those suspicions:

“Richard Alexander ‘Alex’ Murdaugh’s assets are complicated, and without an orderly process such as the injunction and receivership, such assets would be sold and transferred in a manner that would not preserve their value. …Untangling this network is a substantial but necessary task in order to secure the assets in an orderly manner and to prevent improper preferential treatment of various potential creditors.”

The motions accuse Tinsley of abusing his power and impairing, clouding and slandering the “rights” John Marvin has to sell the Moselle property.

Bennett and Newsome say that John Marvin wants to petition the probate courts to approve the sale of Moselle “at its current appraised fair market value” with the proceeds of the sale being used to fully pay the “seriously delinquent loan balance in the approximate sum of $2,000,000+- … now held thereon by Palmetto State Bank in order to prevent the ‘Moselle Property’ from being lost and taken and forfeited by foreclosure.”

The attorneys contend that the Beaches have no legal grounds to the property because Maggie Murdaugh was never a defendant in their daughter’s wrongful death suit.

This now raises the question: Will the Beaches’ attorney add Maggie’s and Paul’s estates as defendants in the case?

Alex is the sole beneficiary to Maggie’s estate.

Thus far, Alex Murdaugh has been accused of stealing and laundering more than $6.2 million.

According to the Jan. 7 receivership report, the full scope of his assets and financial transactions is not yet known.

“It appears that many people have been significantly impacted by Alex Murdaugh’s actions and we are cognizant of the multiple potential creditors. Without oversight and management by the Court through the receivership, these individuals may be left with the potential of no remedy,” Lay and McCoy wrote.

The co-receivers specifically address Alex’s real estate assets in the report, saying that they “have been able to identify and prevent proposed sales and transfers of assets at what appears to be a decreased value for the sole purpose of satisfying specific creditors, thereby preventing potential preferences and preserve the assets.”

They said they are monitoring Alex’s properties and “ensuring that the real estate taxes are paid and any prior tax liens are removed.”

“It should be noted that the Moselle property is currently not in Alex Murdaugh’s name, but rather is held in Margaret Murdaugh’s estate. As Alex Murdaugh is his wife’s sole beneficiary, Alex Murdaugh will hold an ownership interest in various properties owned by Mrs. Murdaugh’s Estate.”